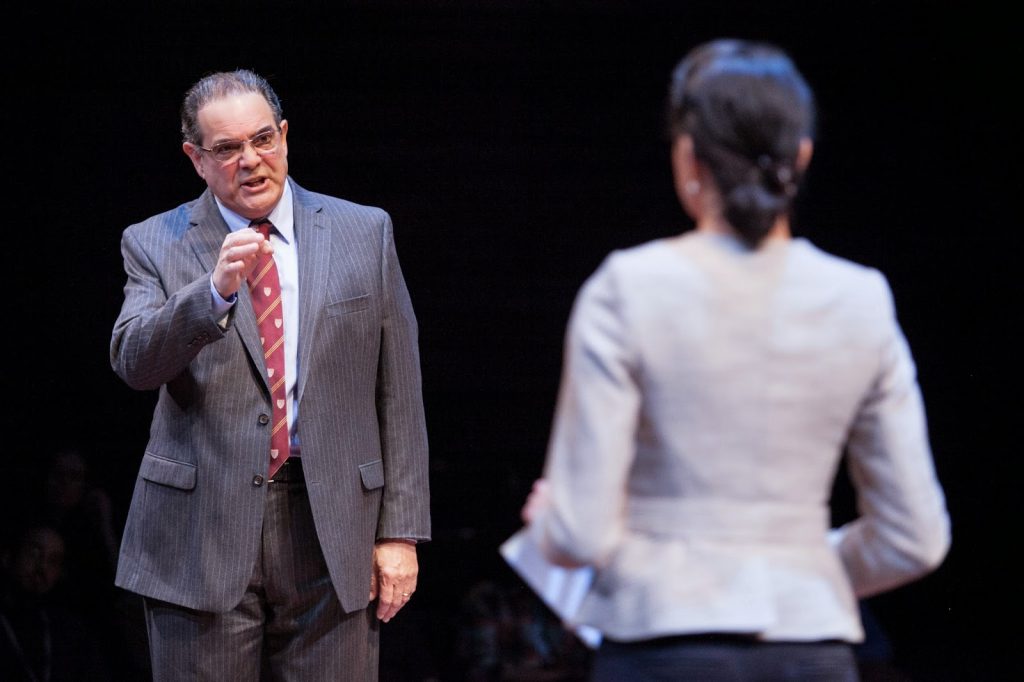 Our literary, journalistic, and thespian culture is, to put it mildly, not hospitable to conservatism in general or the legal formalism with which conservatives have long been associated. The obvious, but shallower reason, for this clash, is that our cultural elites of every kind are overwhelmingly left-liberal. The deeper reason is that much of our culture is so driven by questions of personal identity and authenticity that it has trouble even comprehending the impersonality of the principles that are at the heart of republican constitutionalism.

The Originalist, a play about Antonin Scalia, at the Arena Stage illustrates both of these problems. The conceit of the play is that Scalia has hired a liberal law clerk, Cat, and they argue about different cases. But the author does not spend nearly enough time explicating originalism or for that matter any other jurisprudence to make the play a battle of ideals. As I say in my review for City Journal, the playwright John Strand is no Tom Stoppard and “has written an intellectual ghost story, in which shadows of ideas fret their minutes on the stage.”

It almost goes without saying that play trots out the usual stereotypes of conservatives. The Federalist Society member is portrayed as a buffoon who starts a food fight and tries to use Cat’s personal life against her. But the play also reflects a politics of authenticity rather than a politics of reason where personality substitutes for principles. Ultimately, the storyline argues that what makes Cat and Scalia both tick are their relations with their fathers.

As I say at the end of my review:

The play’s treatment of biography as destiny reflects powerful currents of our time. The media persistently dissect motivations and psychology at the expense of principles and ideas. Much of the coverage of same-sex marriage, for instance, has focused on what it will mean for the various justices’ legacies.

Nothing is more conventional in an individualist culture than proclaiming that only the peculiar passions and desires of individuals matter. Our Constitution is founded on the premise that abstract principles, not passions, best restrain government. Most of the Constitution’s core principles—such as federalism and the separation of powers—don’t establish political objectives, only the dull procedures by which we decide them. But in an age when everyone must celebrate his own authenticity, a jurisprudence of self-restraint and impersonal discipline sails against the wind.

Originalism and Judicial Review – Part I: The Mistaken Opinion of the Previous Generation

Justice Thomas in the Bullpen: Fisher v University of Texas