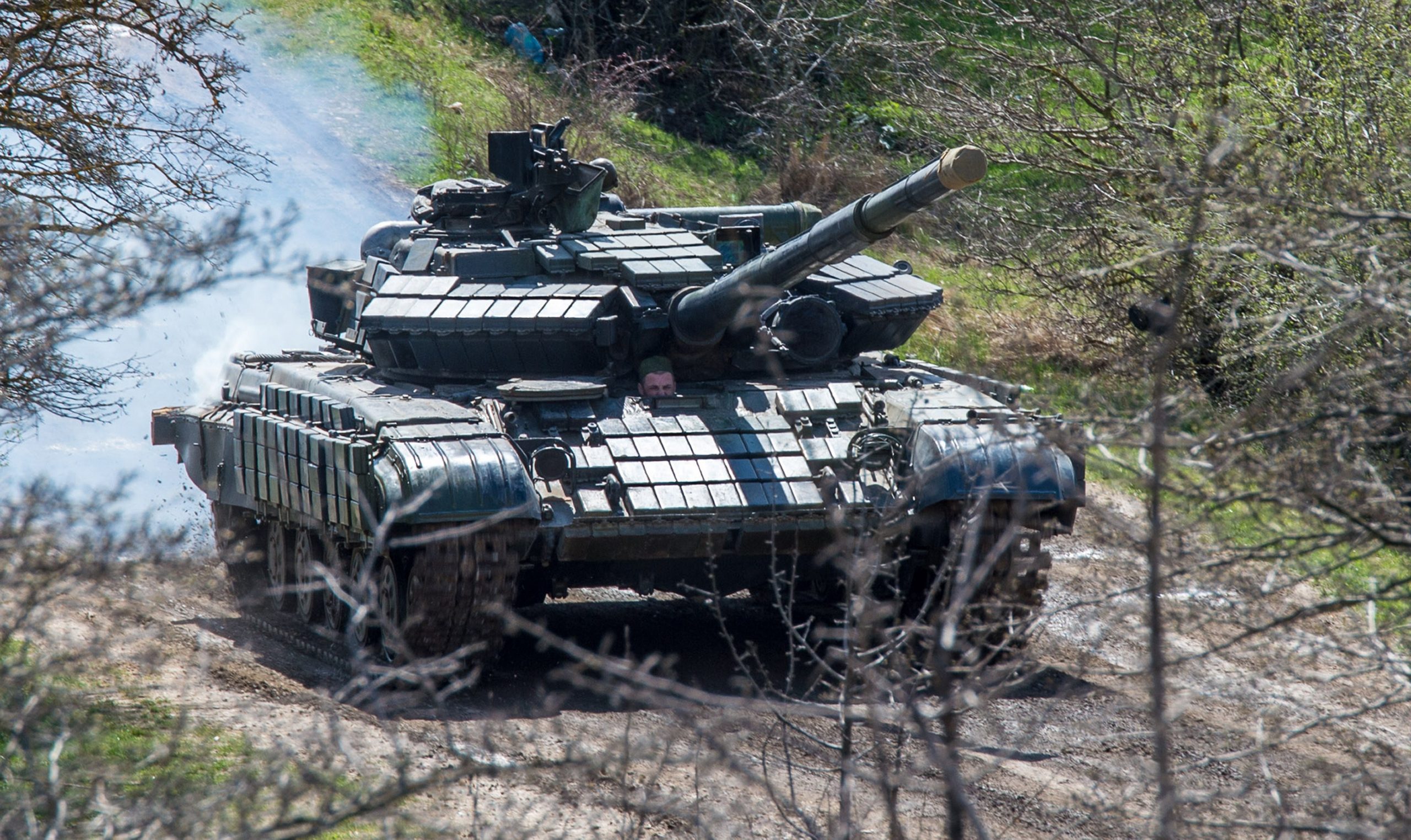 A Russian tank rolls outside a former Ukrainian military base in Perevalnoye, near the Crimean capital Simferopol.

Last week, intelligence officials and congressional overseers were telling the Wall Street Journal that the U.S. government had been surprised by Vladimir Putin’s seizure of the Crimea “because they hadn’t intercepted any telltale communications where Russian leaders, military commanders or soldiers discussed plans to invade.” Meanwhile, debates on intelligence within the government and the policy community were focusing on how to regulate the interception of ordinary Americans’ communications. Establishment Republicans were particularly keen on making sure the practice continued.

Intelligence had failed—yet again—to warn that trouble was brewing abroad because the NSA’s current approach to communications intelligence—COMINT, the universal collection of communications followed by sorting and analysis—is effective only against those who make no serious attempt to evade it or spoof it. This is as true of collection of Americans’ traffic as it is of foreign traffic. The US government continues to ignore that, to collect effectively on potential enemies, our COMINT would have to be both highly focused and secret—neither of which it is today.

In the wake of the Crimean surprise, U.S. officials went into “crisis-response mode,” and reportedly are

rushing to expand satellite coverage and communications-interception efforts across Russia, Ukraine and the Baltic states. U.S. officials hope the “surge” in assets and analysts will improve tracking of the Russian military and tip off the U.S. to any possible intentions of Russian President Vladimir Putin before he acts on them.

But such a surge is guaranteed to do no good, for two reasons: the equipment and techniques the NSA uses to pick up electronic communications are well known, and countermeasures against electronic surveillance—various emission-control practices—are standard among serious people everywhere.

Alas, our intelligence people have not been serious about COMINT for a long time. Once upon a time, the United States had a COMINT satellite called “Chalet” in geosynchronous orbit, which picked important streams of communications (albeit only one side thereof). It was unknown to Soviet intelligence until 1980, when the New York Times’ Richard Burt put it on Page 1. Nevertheless, the NSA continued to operate Chalet, and has operated other such satellites as well as other satellites with COMINT receivers in other orbits, while aware that their functions are known and that they can be tracked. Surface-based antennas are easily identified.

No reasonable person trusts the “take” from ostensibly secret devices that are known to the parties on whom they collect.

Unreasonably, U.S. intelligence officials and their customers tacitly expect that the multi-billion-dollar sophistication of our mass COMINT interception equipment is enough to overcome its lack of secrecy. It is not. Officials make things worse by talking naively and openly about the electronic “chatter” that they expect to hear as accompaniment to events—as if that weren’t itself a kind of chatter from which important folks are able to draw conclusions.

In fact, naïve faith in un-secret COMINT collection exposes the U.S. government to being spoofed and manipulated. It can be made to look ridiculous, as happened in the summer of 2013 when the NSA reported a “conference call” among self-described leaders of al Qaeda planning a worldwide blitz on American embassies, which interception resulted in the embarrassing shutdown of 21 embassies.

And now, with regard to Russia, we see that a week after the Americans expressed surprise at Russian forces’ lack of electronic chatter as they prepared to occupy Crimea, the Americans did not ask whether the heavy electronic chatter emanating from the Russian forces massed on the Ukraine’s eastern borders might have been generated precisely to advertise their presence. Rather, U.S. officials wrung their hands, which is to say, advertised their impotence.

Convincing American intelligence to take seriously the vulnerability inherent in the extensive knowledge that our enemies have of our collection systems— to adopt the self-critical attitude that is the basis of counter-intelligence—has been the thankless, unproductive work of generations. How, then, can COMINT be made effective? Although there is no way of remedying our mass collection systems’ lack of secrecy, there is no shortage of technical means for secret collection, provided that the collection is targeted precisely. Secrecy and precise targeting go together just as lack of secrecy is an inherent feature of indiscriminate, mass collection.

Plenty of technical tools are available for precisely targeted COMINT (otherwise known as bugging), which catches the communications before they are encoded or transmitted. In recent decades, devices have been developed that focus very minute sounds and/or electronic emanations, or the reflections thereof, onto supersensitive receivers/transmitters that are tiny, deliverable by various un-obtrusive methods, and well nigh undetectable.

There is no technical reason for the NSA’s continued reliance on mass collection. But there is a political one.

In international, as in domestic affairs, our ruling class is reluctant to decide explicitly whom it places in the category of enemy or potential enemy. It prefers—more likely it pretends—to be open-minded, to consider all equally as potential friends and enemies, to keep an unbiased eye on everyone and to let events decide. It pretends that doing otherwise would be prejudicial and provocative.

The refusal to be explicit about who is most likely to do what is why many are attached to the practice of collecting the totality of the U.S. population’s communications rather than targeting particular sectors thereof. It is identical to the rationale for securing airports by American-style universal screening rather than Israeli-style profiling.

But this attitude makes intelligence un-intelligent and guarantees unpleasant surprises.

Sniff, Collect, and Exploit it All