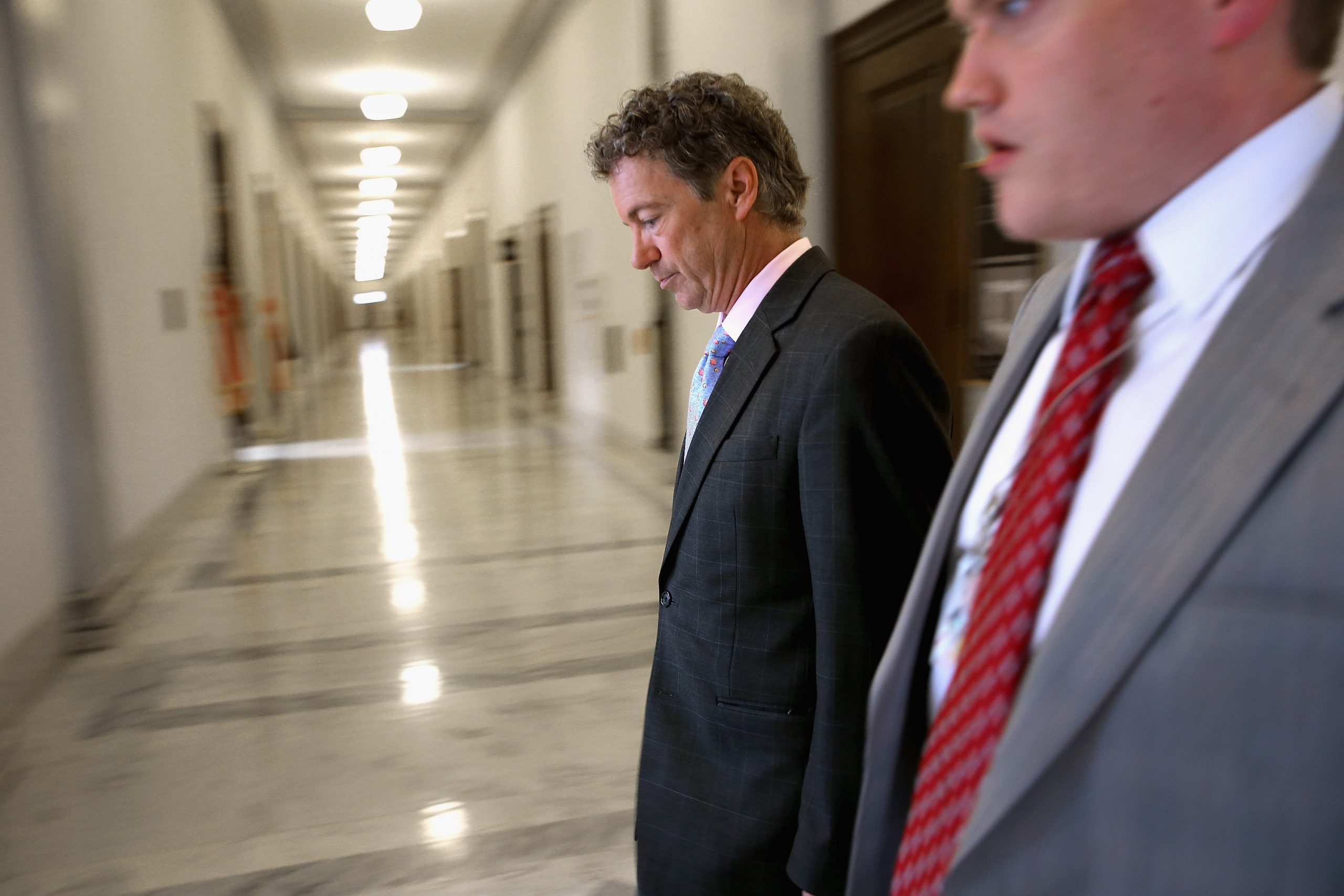 Senator Rand Paul’s crusade against the NSA’s Section 215 metadata program, now successful, has made him an icon to libertarians and anathema to securitarians. He isn’t fully either, for his rhetoric—like that of his adversaries—is incomplete. This battle between libertarians and security hawks needs resolution by Burkeans, who can add a needed dose of prudential balance to the debate.

Senator Paul (R-KY) is right to oppose the blanket authorities surrendered to the executive branch under Section 215 of the USA Patriot Act. Their cost in liberties exceeds their payoff in security. The problem is that he denied the payoff as surely as his antagonist in this dispute, his fellow Kentucky Republican, Majority Leader Mitch McConnell, denied the cost.

Their selectivity deprives Americans of the adult conversation we ought to be having at what could be a decisive post-9/11 turning point. The terms of that conversation are these: Notwithstanding the soothing reassurance that the choice between liberty and security is false, we the people understand that a real tension obtains between them insofar as we cannot get all of one and still preserve all of the other.

Reclaiming some privacy from Section 215 probably means taking risks with security. But they almost certainly are not as dire as McConnell asserts, just as we probably did not lose as much privacy to the program as Paul claims. Still—we get it. God forbid, but something awful might happen.

To be sure, we can get a lot of security and still hold on to most of our liberty, and Americans argue—and ought to—about how to maximize each. The problem arises when we think in absolutes.

When I worked at a newspaper just out of college, one of my reporter colleagues used to turn in stories with the standing punchline, “Guaranteed 99 percent error-free,” the joke being the expectation of 100 percent accuracy. It is possible to call for 100 percent accuracy in 800-word news reports. It is not possible, our understandable desires notwithstanding, to expect 100 percent security be provided to 321 million Americans.

Yet political leaders do not inspire confidence by promising voters 99 percent security. We expect the full 100. The end of the Section 215 metadata program is a good time to recognize that 100 percent is a child’s fantasy.

A very considerable quantum of security can probably be provided with very wide-ranging liberty. But trying to obtain absolute quantities of security or liberty—that last inch of either—is expensive. In the realm of security, the last inch is what requires the bulk collection of metadata capable of placing within the hands of the executive branch an invasive portrait of any American with a cell phone. In the realm of liberty, the last inch means leaving terrorists a small area in which they operate freely.

But 99 percent security is not 100 percent, and American voters, being quick to anger and less than abounding in love when it comes to their leaders, tend to be poor retrospective readers of odds. What was actually infinitesimally unlikely in advance becomes obviously probable in hindsight. What happened on 9/11 exceeded anyone’s imagination on 9/10, but starting on 9/12, the hunt for blame was on. What did President Bush know, when was he briefed, and was he cutting brush on his ranch at the time?

This is not to say there weren’t technological and institutional impediments, or inferences that should have been drawn but weren’t (the now-proverbial “dots”), or that politics did not impede intelligence. The disaster taught us much about our defects in these areas. But much of that emerged in the searing clarity of retrospection.

Giving up Section 215’s metadata program thus entails an implicit contract: We are taking more risks, we know it, and we find it worthwhile. This is not scandalous. We—and government—make such calculations with lives on the line all the time. The difficulty is our refusal to admit it.

In one suspenseful moment in last month’s Senate’s debate on the USA Freedom Act—when it appeared, as indeed happened, that authority for some intelligence programs would temporarily expire—President Obama issued this warning:

[I] don’t want us to be in a situation in which, for a certain period of time, those authorities go away and suddenly we’re dark and, heaven forbid, we’ve got a problem where we could have prevented a terrorist attack or apprehended someone who was engaged in dangerous activity, but we didn’t do so simply because of inaction in the Senate.

He was, to be sure, speaking of a specific danger, which was the expiration of more authorities than Senator Paul meant to target. But this might also have been a teachable moment: a moment about Americans accepting the balancing of risk.

The fact is that the intelligence community will not be dark now but will be darker—which is to say deprived of some tools it previously had—and, heaven forbid, something may happen as a result. If it does, the impulse to blame someone in power needs to be resisted. Or, alternatively, if we want to preserve all blame, we need to surrender all authority.

To be sure, if someone misses something he or she ought to have caught, then by all means, let the accountability roll. But if an attack occurs within a realm of reasonable risk knowingly assumed, we should accept that as adults. “Knowingly” is the key. That is how political leaders urging that risk on us should encourage Americans to accept it.

The Ruling Ties That Bind

Volkswagen Is Not the Only One with a “Defeater Device”