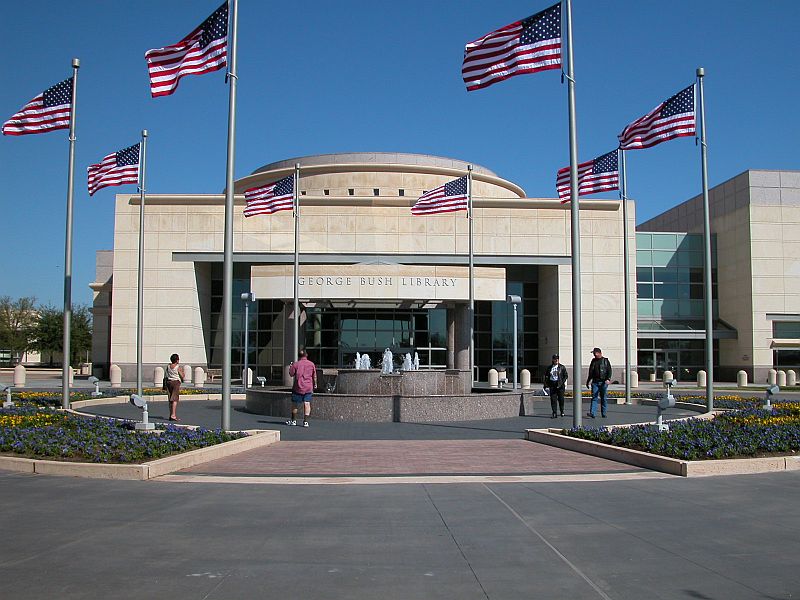 THE WHITE HOUSE—Declaring his intent to cure the public of its worshipful disposition toward the executive office, and consonant with the Whiggish constitutional modesty on which he campaigned in 2008, President Obama announced that the much-anticipated location of his Presidential Library and Museum will be nowhere.

“Presidential libraries are monuments less to the egos of individual executives, which is bad enough, than to presidential gigantism,” Mr. Obama explained in a statement, which was issued in writing in order to diminish the grandeur an Oval Office setting would otherwise have lent it. “The presidency is a swollen institution that distorts our constitutional system.  I consequently will donate my papers to the University of Chicago School of Law, whose faculty I hope will study the constitutional implications of my and other recent presidencies.”

Mr. Obama, noting prior plans to donate the “ephemera” of his presidency to the Library, instead indicated his plans to donate, and thereby lay down, only the pen and phone he had used to sign unilateral executive orders on such issues as immigration, climate change and health care.  First, he said, he needed the pen to sign an executive order, his 206th, pertaining to the library. “Franklin Roosevelt is said not to have wanted a memorial larger than his desk,” Mr. Obama explained. “I want none larger than my pen and phone.”

In announcing his plans not to build a presidential library, Mr. Obama expressed the anxiety that such monuments might encourage the swollen executive such as that attained by means of pen and phone.

“Presidents do not get a foot across the White House threshold before they start thinking of the magnificence with which they will fill their libraries when they move out,” Mr. Obama said, noting that his predecessor Abraham Lincoln warned that ambitious men would threaten liberty by grubbing for legacies in times that did not warrant them. “This is not to say presidential libraries are never warranted. It is to say they are warranted when the convergence of statesman and circumstance produces significance.” The capacity to use a thesaurus to render phrases alliterative, he explained, did not count as statesmanship.

Moreover, he confided, executives might not be the only statesmen capable of rising to historical moments. “The pantheon of American statesmen—from Webster and Clay, to Taft and Wagner, to Moynihan and Dole—is not exhausted by executives,” Mr. Obama said, adding that he planned to propose that Congress direct the minting of coins featuring the likenesses of legislators rather than presidents.

Mr. Obama, who said he had consulted with House Speaker John Boehner and Senate Majority Leader Mitch McConnell about his decision—“as is proper,” he explained—noted Tocqueville’s warning that while the public often despises the particular repositories of central power, it always loves the power itself. “This is true of the particular power of the presidency too,” he remarked, “and it is unhealthy for a constitutional republic.”

This obsession with all things presidential, he continued, is a proxy for a simple fascination with power. Mr. Obama, a former professor of constitutional law, said he had grown increasingly concerned about the celebrity of the presidency since reading what he called an “apt description” of power’s “encroaching nature.”

“The inflated power of the presidency is inseparable from the inflated celebrity of the presidency,” Mr. Obama explained. “Our capacity to legislate has atrophied, in no small part because our political culture does not ennoble this activity. It should. The next great Library and Museum we build should honor a legislator, not a president.”

It was consequently curious, Mr. Obama argued, that conservatives criticized public funding for the Edward M. Kennedy Institute for the United States Senate, at whose opening the President recently spoke.

“I realize conservatives quarrel with the particular object of this honor, but the concept of publicly honoring a leading member of the deliberative branch of government is supremely conservative,” he explained. “Fair enough, funding it from the defense budget was a stretch, but just as Burke said we should not look too closely at the beginnings of states, neither should either party too carefully inspect the uses to which the Pentagon’s monies are put. None will escape whipping.”

The Kennedy Institute, Mr. Obama continued, “has the right idea. Republicans should be allocating funds for the Robert J. Dole Institute. Instead, they are occupied with putting any Republican legislator with talent up for the presidency, as though Congress, rather than being the First Branch, were a mere staging ground for Article II.”

“It is unclear to me,” he added, “whence this idea could have come.”

The New Architecture of Legal Education

The Attorney General and “The Resistance”

William Barr has refused to pull his punches when discussing what could be one of the greatest political scandals in US history.