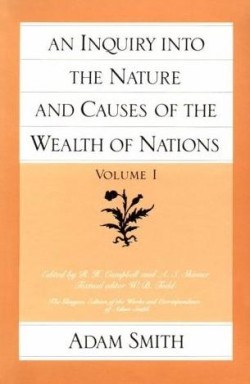 Adam Smith’s Wealth of Nations was published the same year as the Declaration of Independence,  and Hamilton was right to perceive a growing appreciation of its basic message among his countrymen. Smith wrote to dispel the errors of mercantilism. Hamilton wrote to keep them current.  In particular, he was fond of Sir James Steuart, who represented Smith’s “chief foil.” Curiously, McCraw buries this in his footnotes at the back of The Founders and Finance. (383/4 n. 4) But McCraw is not at all hesitant to declare Hamilton a “first-class student of both economics and administration.”

Hamilton apparently saw “how everything in the national economy was related to everything else.” And “he saw that in the construction of grand strategy, every move must be coordinated so as to make the whole of public policy exceed the sum of its parts.” Hardly reserved in his applause, McCraw proceeds, “And this is what he proceeded to do as secretary.” (93) But one can take a different view, and in the matter of economic theory, one would be right to do so.

Among the chief articles of Mercantilist faith was the centrality of the idea of a “Balance of Trade.”  More particularly, the belief that trade could “run against” a country or region has spawned endless confusions and countless mischief. It was the leading justification for interfering with commerce by kings and councils throughout the early modern period. Sadly, it retains its hold over policy makers even  today.

Initially the object of the mercantilists was to increase gold flows into a country’s treasury. This kind of primitive mercantilism was soon displaced by ideas about beneficial and deleterious goods and services. Steuart was a leading exponent of this way of thinking. Smith would have none of it. But such ideas do facilitate the do-something ’s desire for government controls.

Balance of trade arguments have been used to justify currency regulations, protectionism, prohibitions of various  sorts, tariffs , subsidies and bounties, excises and sin taxes. It is in fact one of the most amazingly versatile, infinitely elastic, all-purpose pseudo-economic rationales for ceaseless political meddling, and Smith’s critique was devastating. But apparently not for Hamilton.

At the heart of Smith’s argument rested the notion of the unintended consequences of exchange. His famous line that each person, seeking only his own gain, “is led by an invisible hand to promote an end which was no part of his intention,” was to illustrate how deeply important the unseen results of human activity are to the economic question. That Hamilton studied Smith is abundantly clear, along with all the other writers on economic subjects at the time, as McCraw is eager to highlight (52-55, 90).

But it is not evident that he really understood Smith’s argument. In fact just the opposite. “There are some,” he wrote in the fifth Continentalist essay, “who maintain that trade will regulate itself, and is not to be benefited by the encouragements or restraints of government. Such persons will imagine that there is no need of a common directing power.” Indeed, he went on, “This has become one of those wild speculative paradoxes, which have grown into credit among us, contrary to the uniform practice and sense of the most enlightened nations.”

The intellectual orientation of the typical man of affairs, of a “do-something!”, is the “sensible,” not in the sense of simply having “good sense,” but in the sense of what they can see and touch. The essence of “uniform practice” is the observable and the obvious, not the unseen and unintended of Smith.

Hamilton exuded this kind of economic nominalism. In the very next paragraph he wrote:

Contradicted by the numerous institutions and laws that exist everywhere for the benefit of trade, by the pains taken to cultivate particular branches and to discourage others, by the known advantages derived from those measures, and by the palpable evils that would attend their discontinuance, it must be rejected by everyman acquainted with commercial history. (Emphases added)

This is all about what “exists,” of “particular” trades, of “known advantages,” of what is in fact immediately “palpable.”

We can only conclude then that the single most important insight of modern economic thought was simply missing from Hamilton’s calculations. This need not take away from his brilliance as an administrator or even an architect of political institutions, but it ought to raise questions about the long run efficacy of his reforms for the development of a modern capitalist economy and the institutions necessary to sustain it. But McCraw accepts the usual interpretation. Hamilton’s policies, along with those of the other immigrant nationalists who agreed with him, supposedly “added up to a hothouse for the germination of business” without which the “plants of private enterprise” would “never have been so plentiful.” (357) How does McCraw actually know this? An historian has to keep contingency and choice alive in his narrative. For the historical enterprise, it is necessary to remember that the present is not the only future that might have been.

This point highlights a difficulty with interpreting historical evidence as it relates to moments when Hamilton and Gallatin disagreed, such as the necessity of internal taxes and the whiskey excise.  Hamilton is seen by McCraw to be the hard headed realist traveling “ lengths to which he was forced to go.” (119)  Gallatin, on the other hand, is judged to be politically motivated. Let’s stop and consider that a moment.

Gallatin had practical life experience of the economics of the backcountry. He knew it, because this is where he chose to live and where he initially set up his enterprises. When he wrote his critical review of Hamilton’s funding system, Sketch of the Finances of the United States (1796), he had something Hamilton should have respected: firsthand knowledge.

Questioning the necessity of internal taxes to support the assumption of the war debts of the states, Gallatin insisted that the economic conditions of the 1780s had obviated much of the need for the Treasury Secretary’s interventions if only he had born with them. He viewed the decade as one of growth. Hamilton saw it as one of decline. For McCraw, Gallatin’s assertion was “wholly specious.” (212). Yet, in his own footnotes, he accepts that the economic character of the 1780s remains a vigorously debated  issue among contemporary historians even today. (375, note 4) Why is it then that Hamilton’s case is sober statesmanship and Gallatin’s a “commonplace” of “politics?” (212)

McCraw’s prose is wonderfully engaging. The pace of his story compelling. It carries the reader along, but that can be a problem in an age when so many now share the proclivities of Hamilton in favor of government management and oversight. The tendency I suspect will be to simply accept his assumptions about what capitalism is, how it came to be, and what it requires to continue.

I am especially supportive of biography and have argued elsewhere that it should come back into the mainstream of history writing. I think McCraw has in the main exemplified the best work in the integration of biography with economic/business history. But one of the signal challenges of any historian is separation from his subject, in this case, from Hamilton. McCraw has so closely identified with him that it seems at times that he has actually channeled his thoughts.

This Hamiltonian orientation has directed our author’s attention to some salient characteristics of his immigrant subjects, but it has also led him away from some significant difference between Gallatin and Hamilton as it concerns ideas about domestic order and international affairs. That is where we will head to next.

The Bank of the United States and Mr. Hamilton’s Surprise!

Does the process of market creation fully price the cost of that creation?

Mercantilist Follies, Then and Now

Discredited mercantilist notions shape many of our present economic debates.