“Abortion Cases in Court Helped Tilt Democrats Against the Filibuster.” This New York Times front-page story was a press release rather than an investigative report. Through it, the Obama Administration and the Democratic Party cast aside their pretense that they had turned the Senate into a purely partisan body for any public-spirited reason, and broadcast to their most faithful supporters a powerful message: We are packing the Federal Courts for you! Democrat constituencies whose daily bread comes from partisan regulations – the alternative energy industry, for example – knew that already. But less sentient parts of the “base” needed to have it spelled out that the Party uses absolutely all its powers to serve them.

It is no little indictment of our Mitch McConnells, John Boehners, and Chris Christies that they leave it to a poor columnist to point out the obvious. 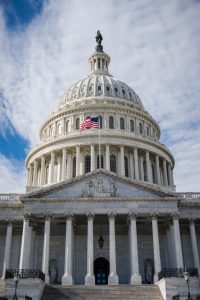 Yes, the Democrats can name and confirm their faithful Felix the Cat to any court in the land. But Felix can exercise that judicial power only if he is paid, his clerks are paid, and his expenses are paid. That takes money from the Treasury. Art. I:9 of the Constitution says that money can come from the Treasury only by law passed by both Houses and signed by the President. Republicans can negate Felix’s appointment by not funding his position.

There are several ways of doing that. If the government were to be funded by regular appropriations bills, the Republican House could simply not increase (or even decrease) the amount allotted to the court on which Felix was to sit. So long as the Democrats insist on funding the government by the noxious device of Continuing Resolutions, the Republican House can write the budget for each of the courts into the CR – which it has every right to do. If it really, really wants to drive a stake into Felix, it can place this staple of Congressional power into the law: “no funds authorized herein shall be spent for…” To make triply sure, it can add this other staple: “notwithstanding any other provision of law or administrative action…”

The court-packers will object. They and their President can be counted on, as in the past, to insist that the House pass the Continuing Resolution that funds the government precisely, exactly the way they want it: packed courts, Felix-the-judge, and all, and if the Republicans insist on modifying the will of the Democrats in any way, the President will “shut down the government” blaming it on the Republicans. But that tactic’s inherent half-life shortens by use – especially if the Republicans stop playing along.

The Republicans could insist: “By what right do you hold the rest of the country hostage to your obvious, declared, avowed, court-packing plan?” Why should the country agree to judges picked for their prejudices in favor of abortion and other partisan priorities?

Three quarters of a century ago, when Franklin Roosevelt tried to pack the courts with prejudiced judges, the Republican Establishment was just as disposed to let him get away with it as it is now. But a young senator named Robert Taft shocked the Establishment, roused the country against the power grab, inflicted grievous losses on the Democratic Party, and forced FDR to back off. But Taft forced votes, limited expenditures, etc. by using powers far inferior to the ones available today to the Boehners, McConnells, Cantors, Grahams, and Christies. Consistency between word and deed is why people followed Taft.

If today’s Republican Party, possessed of a majority in the House, consisted of Robert Tafts it could do much more than prevent court-packing. If, instead of talking against Obamacare and then fearfully voting to fund it, the Republican Establishment were to force vote after vote in which the Democrats had to defend their regulations’ indefensible un-grandfathering of millions of insurance policies; and to defend the details of their law’s Independent Payment Advisory Board (IPAB) that exists only to ration health care and that will surely sentence countless Americans to death; then the majority of Americans who are distraught at the country’s direction might take the Republican Party seriously.

The New York Times’ story provides solid evidence to Liberal constituencies that their Party is looking out for them. The outcome of elections will change only when comparable stories can do the same for Conservatives.

Rescuing the Bottom Billion From the Pope’s Peronist Economics

Does Obamacare Secure the Blessings of Liberty?