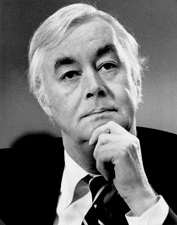 I’ve just returned from a vacation in Paris, which I report partly to induce envy (I went), partly to seek sympathy (I returned) and primarily—having favorably compared our revolution to theirs in this space—to give credit where due: The French have managed to maintain security amid an environment of openness in a way that has eluded us.  Part of the reason is that the French internal security services keep a close watch on radical Islamic activity.  Another is that they have not had to confront a calamity on the scale of 9/11.  But one wonders, as I have speculated here before, whether some of the difference has to do with attitudes toward risk.  The French may have accepted 99 percent security. We demand the full 100. And that extra percentage point—which is, not incidentally, delusive—is a costly one indeed.

Most museums in Paris had little security.  At one of the few that did, polite guards waved through patrons who set off magnetometers.  Only a small cadre of unarmed military police patrolled a medal ceremony we came across in the Luxembourg Gardens.  At the airports, travelers kept their shoes and boarded planes without being irradiated.

Now, fair enough—France is not a target in the same way as the United States.  But surely being known for lax security would make it a tempting one.  In any case, the comparison with the security environment American citizens have accepted—make that demanded—is striking.

Never mind the indignities of our airports—those are small inconveniences next to the militarization of local law enforcement, the semi-automatic rifles slung over the shoulders of police officers, the Fourth of July parades at which commando-style hardware is put on proud display in even the hamlets most remote from any serious terrorist threat—all financed by Homeland Security grants authorized by a Congress that feels an incessant need to do something yet knows only how to do this.

The problem is not some sort of paranoid fantasy that the government is arming itself to impose tyranny.  The edge is softer than that.  It is one of distance imposed between citizen and state, of symbols of closure.  In a republic, symbols matter.  A friend, a teacher in the Washington, D.C., region, shared with my wife that her older elementary-school students were unaware of their basic liberties, including the fact that they were allowed to criticize the government—which sounds absurd, except that this is a generation raised less on Schoolhouse Rock than on 24, on the constant perception of threats, on security barriers and armed guards everywhere they look.  No one has to tell them to keep their mouths shut.  That is a natural deduction from the circumstances of their surroundings. Somebody has to tell them to speak up.

These are real costs, and it is time society faced up to them.  When President Obama said society could not have complete security and complete privacy, he meant to defend the PRISM program.  The nation ought to take the opportunity for a grown-up conversation on the inherent impossibility of complete security instead.

A starting point would be the wisdom of the late Senator Daniel Patrick Moynihan, who waged a decades-long campaign to rehabilitate Pennsylvania Avenue and maintain its openness to the public only to see it cordoned behind concrete barriers in the twilight of his life.  Early in his career, Moynihan had written what remain the Guiding Principles for Federal Architecture, which stipulate that federal buildings must “provide visual testimony to the dignity, enterprise, vigor, and stability of the American government.”  A few weeks before his death in 2003, comparing the conflict with terrorists to the fight against communism, he cautioned in a speech excerpted in the Washington Post:

“We must not lose our nerve, as we did more than once in the course of that earlier trial. … There are indeed buildings that need to be secured. And not a few.  But there are places in the public square that do not need that. Might something go wrong? Yes. Nothing new. But the stability of the American National Government is not served by an intimidated citizenry. Add that to the Principles.”

By “losing our nerve,” Moynihan meant sacrificing liberty.  It is his sensible acknowledgement that something might go wrong that spooks us now.  But that possibility is, as Moynihan reminds us, nothing new.  It is also ineradicable.  Chasing it with measures that serve more to intimidate than actually to secure is a bargain for fools to make.