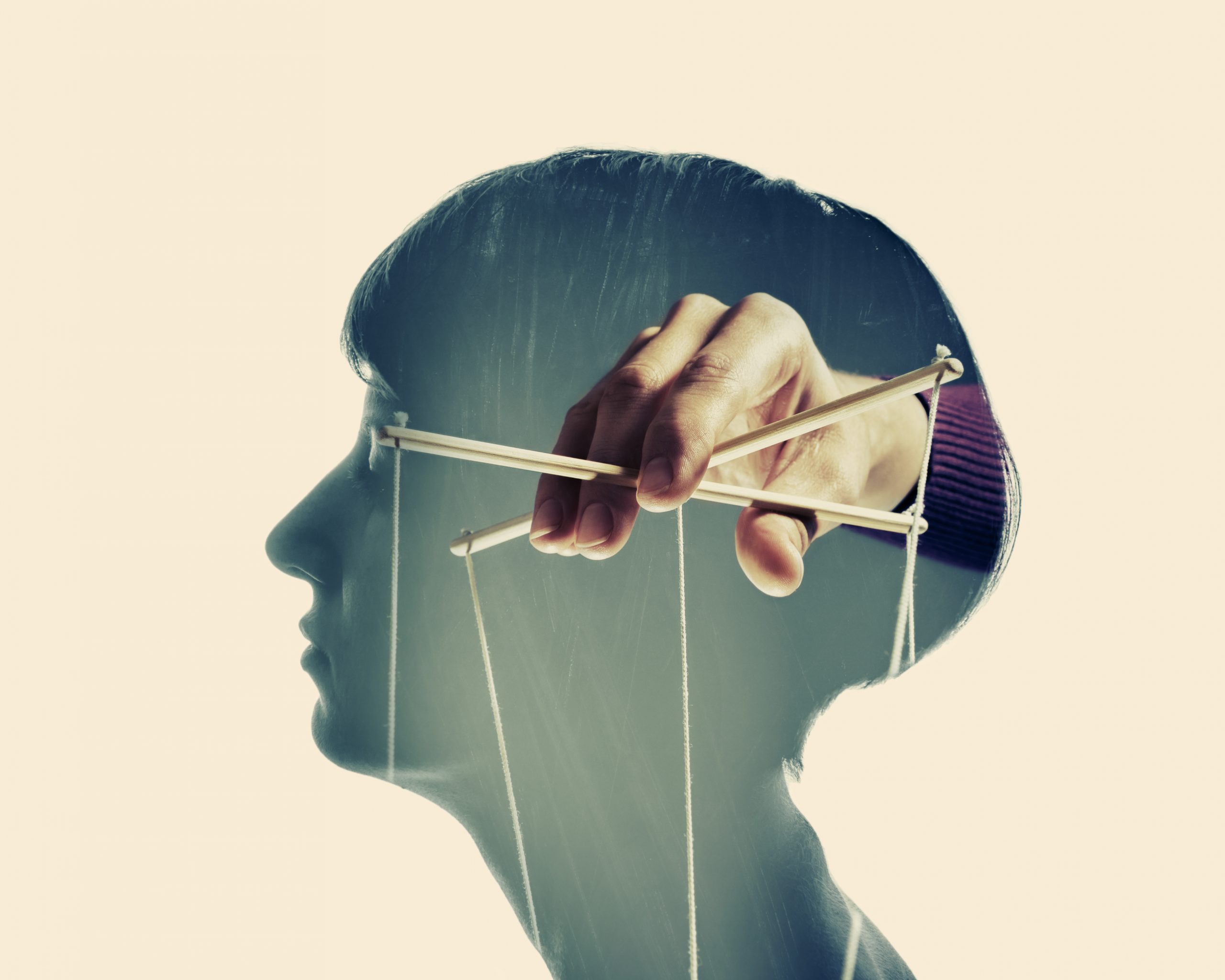 Identity and political power have allied themselves in the modern academy in troubling ways. Exemplifying this is the new “personal pronoun” overture. I recently had to attend a seminar, as a part of my doctoral studies, on “microaggressions and diversity,” and a discussion leader greeted us with: “Hello, my name is Simon, and my personal pronouns are ‘He, Him, His.’”

This strange, preemptive declaration of one’s preferred gender identity is apparently intended to ward off “microaggressions” from potentially confused colleagues. Indeed, über-elites on campus include it as a postscript to their email signatures, declaring to the world (or at least to their correspondents) that they possess a nuanced grasp of identity-framing. Personal pronouns are a new poststructuralist calling card for the gender movement, which, along with persistent feminist attacks upon “structural sexism,” signal a general suppression of discourse and thought in the academy.

Like other virtue-signaling behaviors, elevated sensitivities to gender “aggression” seem to disproportionately afflict the upper-educated quintile, the class that spends a lot of time in its own head. “Come now,” you say, “that seems a bit over the top. These folks are just asking for respect.” If that were as far as it went, one might embrace it. Instead, cultural doges are busily establishing and enforcing the parameters of “appropriate” discourse, and persecuting those who do not ascribe to the orthodoxy. Lawrence Summers, J. Michael Bailey, Helmuth Nyborg, Dr. and Ms. Christakis, James Otteson, Kenneth Zucker, Jordan Peterson, Charles Murray, and an ever-growing list of targeted academics and intellectuals bears abundant testimony to a new climate of intolerance.

I know firsthand that uninformed stereotyping, snide rebukes, and other forms of in-crowd/out-crowd “otherizing” behaviors are hurtful and demeaning. Face it, we’ve all been there. It’s a noble and generous impulse, therefore, to wish to call attention to the phenomenon and to exhort the collective to increase its decency quotient. It’s not noble, however, to unilaterally claim the moral heights and vigorously apply the aggression in reverse.

The gender movement establishes its bid for power in the most old-fashioned way: by appropriating language. In framing and continually reframing the very meanings of words, the movement amasses for itself considerable power. For instance, according to a display that you can visit in the undergraduate advising center of the University of Kansas, “gendered” words that students are urged to “avoid” are: “mom, dad, girl, boy, men, ladies, husband, wife, sister, boyfriend.” Instead, students are encouraged to use “partner,” “sibling,” “parent” and other gender-neutral terms.

In an ironic twist, universities, once bastions of erudition, now even encourage the use of “y’all” instead of “you guys.” If you think this is weird, try adopting the complicated pronoun matrix that suggests (not making this up) that we use “Ve” as in, “Ve has a car,”  “I called ver” or “Vis eyes gleam.” No really—these are real, taken directly from the advising center’s display, which promotes new norms of speech and (ahem) intercourse. This sort of semantic reconstruction has a powerful effect: it throws befuddled associates offguard, pushing them into a verbal corner by allowing one party to define what is and is not acceptable to say.

And note that this kind of linguistic activism, supposedly so respectful of the individual person, actually moves responsibility from the personal to the public. By policing offenders, the gender movement is not only coopting language but placing its thumb on the balance of power by begging the intrusion of the administrative state. Here’s how:

As the entity with the exclusive monopoly on the use of force, we expect the “state” or, more nebulously, “administration” to constrain or punish those who violate or kill others. The gender movement has usurped consequential words like “violence” and “kill,” making otherwise loutish insensitivity into a clarion call to the authorities. “Violence” is now defined as “socially and structurally empowered behavior that actively violates the autonomy of individuals or communities, enacting harm to their physical, psychological, and spiritual wellbeings [sic].”

As for “kill,” the people advising the undergraduates of the University of Kansas would have us know that:

Cisgender insensitivity . . . actively kills trans+ and GNC [Gender Non-Conforming] people for what they wear, look like, how their bodies grow hair, and much more. This is no exaggeration.

The new definition is broad enough to include as “violent” any action, by any person, at any time, in any place, and has the additional feature of being wholly detached from the “violator’s” intent. Campus guidelines make sure that we recognize that a previously innocuous expression such as “Hey, man!” is now an example of “gendered violence” with the possibility of inflicting “psychological harm.” That it is no longer appropriate to say “Hey, man!” was briefed to a classroom full of new students whom my professor calls “freshpeople.”

To be fair, it seems unlikely that anyone will be going to prison over the kind of “violence” and “killing” described here—though Canada is paving the way. Everyone I know in the LGBT community appears to be relatively tolerant and civil. But it doesn’t require active policing and prison sentences to significantly alter an intellectual climate. People lose their livelihoods or are subjected to vicious social backlash for transgressing against this new order.

At the same time that identity is chained to political “voice” and is fetishized among character attributes, to engage someone in dialogue in terms of their identity is, paradoxically, strictly verboten. The gender movement is fashioning a bizarre world in which everyone’s identity is integral to their perspective and yet we are simultaneously forbidden to discuss it.

Now, lest I be branded a consummate boor, I actually think that gender-based oppression was (and is) a real thing—to a degree. My heart sincerely goes out to those who suffer humanity’s nastier side for the physical and psychic inconsistencies (this word choice might itself be considered a microaggression!) that are beyond their control. The argument that gender “construction” is a social phenomenon that acts in powerful and often unseen ways has some merit to it. I’d argue even, in the interests of debate, that the current state of “gender” (58 variants and counting) is itself the result of social construction. I rather wonder if new genders are being invented from the thin air of our collective constructions. An interesting question, anyway, but one I’m pressured against raising.

Because I’m a historian, I can’t help but point out that this debate is nothing new. The Lakota Sioux, for example, supported a special sub-community of hermaphrodite Wíŋkte, as did the Navajo with their disparaged Nádleeh. The social standing of these “variants,” was, I suspect, far lower than that of today’s LGBT(QIA) community. I challenge, therefore, the narrative that we live in an oppressive age, sullied by ugly bias. I believe that things are, by and large, better than ever from a gender equality perspective and I, for one, want the trend to continue. It’s frustrating that my opinion (as a straight male) is increasingly discounted, since this reflexive suppression seems so evidently at odds with the movement’s ostensible ambitions.

Insisting that we engage in gender-language along “proper” lines is fundamentally illiberal, and risks reawakening the very forces of cultural authoritarianism that created gender discrimination in the first place. John Stuart Mill, in The Subjection of Women (1869), wrote: “I consider it presumption in anyone to pretend to decide what women are or are not, can or cannot be, by natural constitution.” Amen. Substituting “people” for “women,” we might use this sentiment to continue to create a world where we are judged on our capacities and character rather than the shell we happen to inhabit.

The Language of the Law and Pena-Rodriguez v. Colorado

Excellence without the Good

By what standards do we distinguish real growth from regression, real freedom from veiled enslavement?

How Classicists Undermine the Case for Classics

Giving up on the classical word's essential connection to the best of the West is another form of self-defeating political correctness for the humanities.

The Rise of Political Caesarism