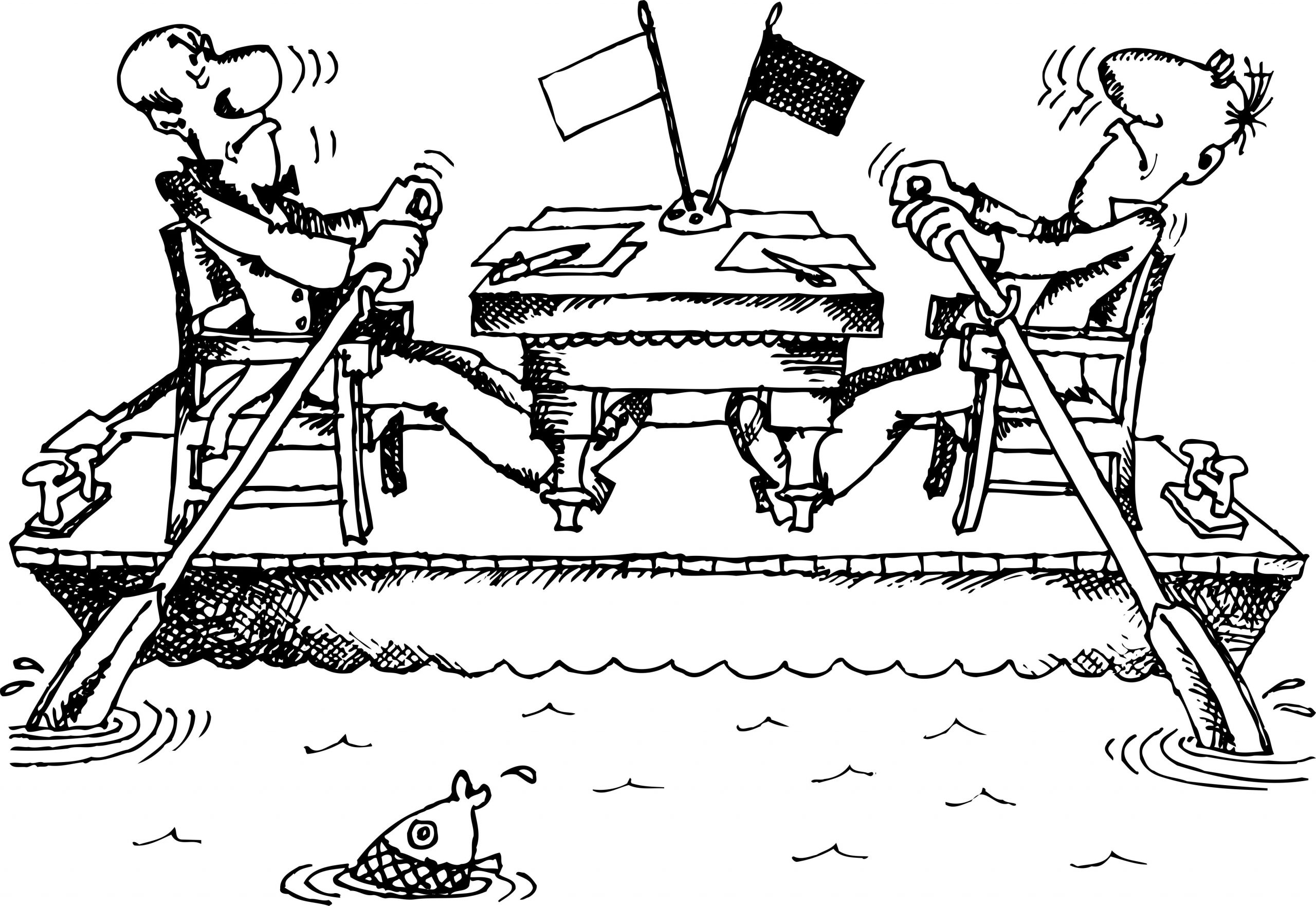 Wages for American working men got a double whammy during the last fifty years. First, starting in the late 1960s, American women entered the paid workforce as never before. This added significantly to the supply of labor in the American workforce. Secondly, just as the American labor market had started to move beyond the economic shock of increased entry of women into the workforce, the uptick in globalization – easier mobility of capital and labor across national borders – effectively increased the supply of labor competing with U.S. workers a second time. Many of these workers were willing to work for wages significantly below wages for American workers. There are other causes as well, but these factors certainly contributed to stagnating wages for working men in the U.S. over the last 50 years.

But this is not simply a story of loss; there are tradeoffs. While the wages for American working men stagnated during this period, the wages for American working women increased significantly, particularly for the first forty of those years. And wages for workers in many non-Western countries, particularly among the poorest of the poor, increased significantly during that period as well.

So, too, since 1970 there has been a stunning decrease in “extreme poverty” in the world, usually defined as people living on $1 or less per day (and occasionally defined as people who live on less than $1.25 or less than $2.00 per day). A 2009 NBER working paper reported “world poverty rates have fallen by 80 percent [from 1970 to 2006]. The corresponding total number of poor [in extreme poverty] has fallen from 403 million in 1970 to 152 million in 2006.” The U.N., the World Bank, and the Oxford Poverty & Human Development Initiative in separate studies report somewhat higher absolute numbers of people starting and remaining in extreme poverty, but all confirm absolutely stunning declines in extreme poverty during this period.

To be sure, there are factors for declining world poverty beyond lower-wage workers in lesser developed countries competing with, and underpricing, U.S. men in an increasingly globalized labor market: The development of better internal markets in countries throughout the world, improvements in the rule of law (at least in economic matters), better infrastructure, education, health and nutrition, and technological innovation. All of these undoubtedly contribute to this decrease in extreme poverty.

Nonetheless, the transfer of production from the U.S., with comparatively high labor costs, to production in lesser-developed countries, with lower labor costs – thereby increasing demand for labor in lesser developed countries and so increasing wages in those countries – undoubtedly contributed to declining extreme poverty throughout the globe as well. And it’s not simply capital that moves more easily with globalization. Labor moves more easily as well, whether legally or illegally. Even if illegal immigration into the U.S. suppresses domestic wages (and I’m entirely open to studies showing it does, although estimating the net effect of illegal immigration on U.S. workers is the tricky part of the calculation, given that foreign workers in the U.S. buy things in the U.S. as well as sell their labor here), remittances sent back to the home countries of these workers contribute to decreases in poverty in those countries.

This, then, is the conundrum regarding stagnating wages in the U.S., particularly for men. On the one hand, no one suggests closing the domestic labor market to entry by American women into the workforce to induce greater relative scarcity of labor and increase the wages American men receive. But gains made by foreign workers are less visible, and less valued, by American policymakers and by American voters.

On one hand, that’s entirely understandable. Americans share connections with other Americans that we do not share with non-Americans. There is nothing wrong with national identity and national solidarity. But does national identity and solidarity entail rejection of any notion of identity and solidarity with non-Americans? For every American job “taken” by cheap foreign labor, there is, often enough, a decrease in poverty in that other nation. Beyond that, there is a more-general increase in demand for foreign labor, thereby moving us on the long-run path to equalizing wages between American workers and foreign workers. Ultimately, a (general) equalization of wages worldwide is the only permanent solution to the problem of foreign wage competition undercutting wages for future generations of Americans. This is not necessarily a utopian expectation the way things are going. We used to worry about cheap German labor, and cheap Japanese labor. But we don’t worry much about Germans or Japanese stealing American jobs anymore; wages in those countries have risen so much that they don’t systematically threaten growth in U.S. wages.

I don’t think one needs to be lost entirely to elite cosmopolitanism to wonder if there are ways of assisting American workers to sustain wage growth without consigning other, generally worse-off workers in other countries, to continued poverty. Plus, we need to recognize that it’s generally a good thing for everyone in an economy when producers employ the least costly factor inputs in production. That does mean that gains and losses are distributed equally across the globe. But, generally, a bigger pie is better than a smaller pie.

But there are tradeoffs. Some tradeoffs we won’t make, at least not any more – for example, erecting legal barriers to protect wages of American men from competition from American women entering the labor market. Other tradeoffs – such as erecting legal barriers to reduce competition from workers in other countries – are tradeoffs that many American policy makers and voters are willing to consider, if not support. But they are tradeoffs. This means that protection for American workers will likely hurt other workers. The workers hurt just won’t be Americans. The questions of the moment are: Does the welfare of non-Americans count in the creation of U.S. economic policy? Secondly, to what extent, if at all, should it count?

The Idiocracy and Its Discontents

The inconsistencies between Clausing 1.0 and Clausing 2.0 are indicative of an economics profession that has eschewed its own humble insights.

Tolerance and Its Limits