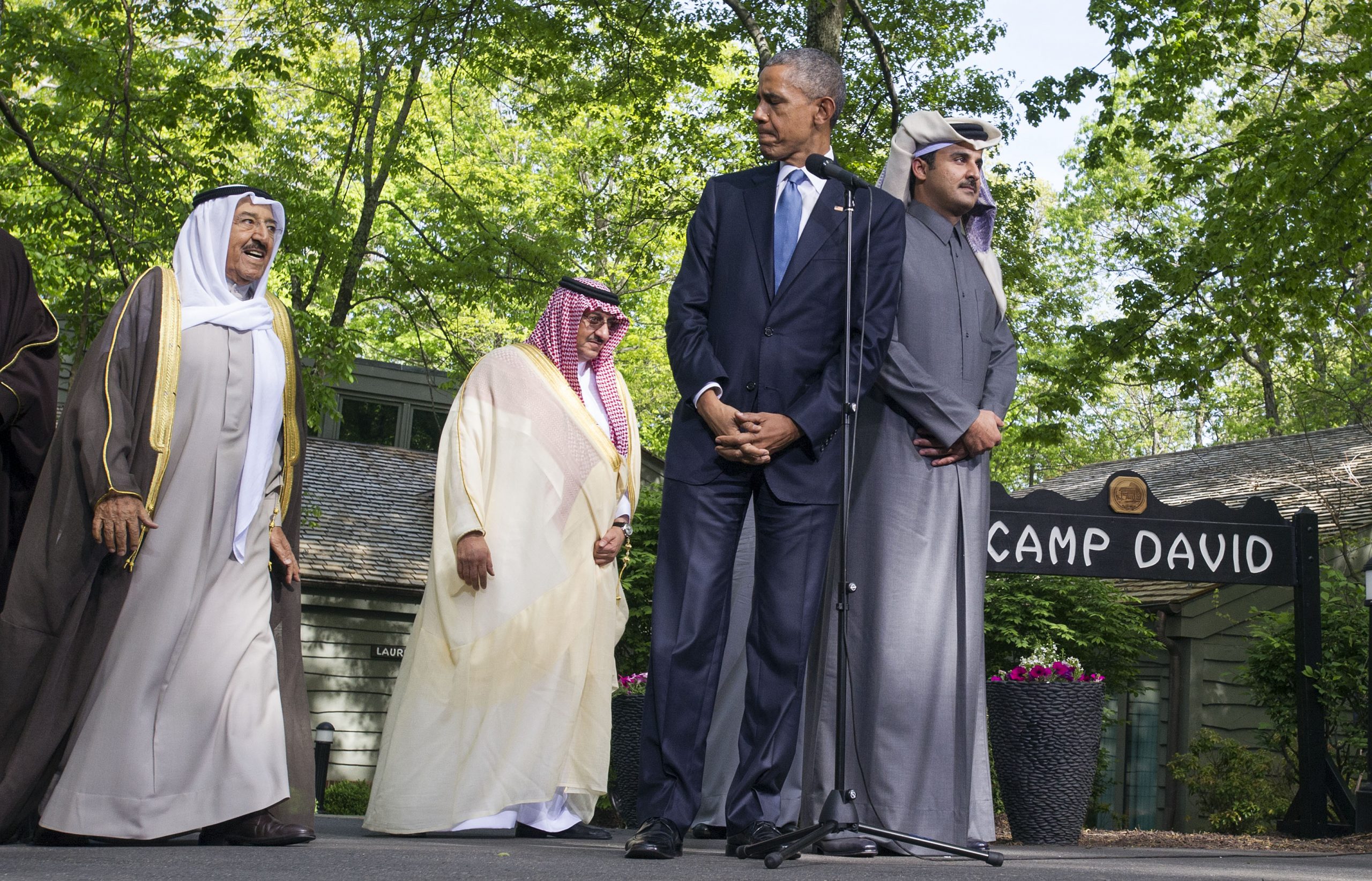 In February of 1945, Franklin D. Roosevelt traveled to Yalta and ceded geopolitical control of Eastern Europe to Joseph Stalin. At the conference, Winston Churchill could do nothing. In return for the Soviet dictator’s promise of allowing Poland to hold elections to set its postwar political course (and a vague assurance of democratic elections in the other countries occupied by Red Army troops at the close of World War II), the allies let him keep possession of the eastern part of Poland. This was, in effect, ratification of Stalin’s 1939-1941 territorial gains as the ally of Adolf Hitler.

Churchill had consistently attempted to block Stalin’s expansionism, but with the American President distancing himself from Britain, Stalin had little trouble setting himself up for a postwar empire taking in not only Eastern but parts of Central Europe.

Today, with the “framework of understanding” between the United States and Iran on Iran’s nuclear ambitions, Barack Obama has devised his own Yalta.

There are two reasons why Iran has sought a nuclear weapons capability. The first and most prominent is to achieve geopolitical dominance in the Middle East. The second, if it comes to that, is the ability to destroy Israel. In return for a promise by Iran not to develop nuclear weapons just yet, Barack Obama has indicated that he will lift economic sanctions. This will, however, provide the economic basis for Iranian dominance in the region.

Iran was supposed to have agreed to transfer a large stock of its enriched uranium to Russia to be turned into fuel rods, which can only be used for peaceful energy-generation. No more. Russia’s latest notion is to supply Iran with missile defenses in exchange for crude oil. In Geneva, it was reported, Secretary of State Kerry spent more effort persuading France and Britain to concede to Iran, while Iran’s friend (China) and patron (Russia) added their weight to the negotiations. Meanwhile, even during the talks, Iran engaged in war games simulating attacks against American carriers, and the Ayatollah Khamenei led chants calling for “death to America.” The Iranians termed their negotiations with Obama a “diplomatic jihad,” and Foreign Minister Mohammad Javad Zarif returned to Teheran in triumph.

As Iranian Revolutionary Guards operate in tandem with the Iraqi army, and now constitute the backbone of Assad’s armed forces in Syria; as the Houthis move to take over Yemen; and as Hezbollah deepens its control in southern Lebanon, Iran’s objectives are even now being fulfilled.

The “Shi’a crescent” of which King Abdullah warned in 2004 is now a reality. Millions of Sunnis have fled Syria, mostly for Jordan. The arc of influence of Shi’ite Iran, stretching from Teheran through central Iraq and Syria and ending with Hezbollah in Southern Lebanon, is a scimitar pointed at Israel.

The majority-Sunni nation of Saudi Arabia has gone beyond constructing a fence in the north (against both ISIS and the growing threat from Iran) and the south (against the Shi’a-controlled government allied with Teheran). It has formed a trans-Arab alliance to battle its enemies in Yemen. The Saudis are now engaged fully in the renewed Shi’a versus Sunni civil war over Islam. They have begun trolling for nuclear weapons knowhow themselves.

Up until Barack Obama made his backdoor negotiations with the Iranians explicit, the received wisdom was that Iran must be prevented from gaining a nuclear weapon. That was President Obama’s explicit pledge. The fallback position at the time—heavily criticized—was that the West might have to contain a nuclear-armed Iran. But now, there is only a paltry Iranian offer not to build a bomb immediately, and there is no American pretense at containment.

Why does Iran need a nuclear weapon at present, when it is attaining all its geopolitical objectives without one? Instead of limiting the spread of nuclear weapons, Obama has guaranteed Iran’s, which incentivizes its enemies to follow suit. And, just as Roosevelt put space between himself and Churchill, President Obama disdains the concerns of four of our strongest allies in the region: Israel, Egypt, Jordan and Saudi Arabia.

The administration’s record in the Middle East with regard to Sunni Arabs is as inept as its stance toward the burgeoning Shi’a crescent. President Obama’s policy based on his embrace of the Muslim Brotherhood is in tatters. When he entered office, the Bush “surge” in Iraq had neutralized both the Al-Qaeda and the Shi’a militias, and Iraq was stable. Yet Obama gave up on maintaining a U.S. residual force in Iraq as a political counterweight to Iran, and both ISIS and Iran have filled the vacuum.

ISIS and Iran are at war with each other. The only question is which of the two mortal enemies of Israel and the West will triumph.

Because of Yalta, parts of Europe had to fall under a long communist dictatorship. The concessions to Iran will mean that the Arab peoples must endure decades more of extreme Islamism. Ultimately, the Soviet diplomatic triumph threatened our own survival.  Iran has promised the same.

We need a Truman at the helm.

Sufficient Unto the Day Is the Credit Thereof

Why Democratic Selection of Judges Is Better than Self-Selection

Is the American judiciary subservient to the rule of the majority?

Crusading Against Collectivism: A Lost Memoir by Herbert Hoover is Published