Every intellectual likes to believe that he is struggling manfully against the hostile zeitgeist, or else what would be the need for intellectuals? His belief that he is not only in the minority but currently losing the battle against the opposing forces of obscurantism and wrongheadedness allows him the pleasures both of self-pity and self-congratulation. He likes to believe that he has suffered for his views (for can there be better evidence of holding the correct opinions than having suffered for them?), while at the same time making a comfortable living from them.

Thus, in our polarized times, self-styled progressives like to believe that they are in retreat against the forces of evil conservatism, not to say reaction, while conservatives like to believe the opposite. And in this titanic Manichaean struggle for the soul of man, everyone must choose his side at all times. Abstention is impossible because every human act, every human utterance, is a de facto vote for one side or the other.

Opening my copy of the Guardian newspaper for 1st February, I was startled by the following headline to a one-and-a-half page spread.

George Lakoff: ‘Conservatives don’t follow the polls, they want to change them… Liberals do everything wrong.’

Accompanying the article was a photograph of a white-haired man, George Lakoff, in a goatee beard and rimless spectacles, in conventionally unconventional dress: that is to say a smart grey jacket (in deference to convention) and a lighter gray collarless shirt of the kind worn in Pakistan and Afghanistan (in deference to transgression of convention). He looks an intelligent and pleasant man, though for my taste his smile resembles a little too much the unctuous Jesus-loves-me-so-nothing-can-upset-me smile of certain evangelical missionaries whom I have met.

Lakoff is professor of cognitive science at Berkeley. I confess I haven’t read him, and know of him only through this article. I hope he will forgive me if I summarize what I take him to be saying. 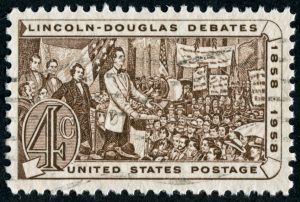 According to him people view the world through the lens of their metaphors, which he thinks provide them with the framework of their thought. Since the 1980s, liberals have allowed conservative metaphors to take over their own metaphoric framework, so that all discussions or arguments about social policy are carried out on conservative terms. Liberals waste their time and effort in arguing from the evidence (conservatives, of course, can have no evidence); they should instead be working to get conservatives to accept a different metaphoric framework.

A simple instance of what he means is the use of the term ‘tax relief.’ This term implies that taxation is an illegitimate burden from which people need to be relieved. Professor Lakoff is obviously in favor of high taxes as instruments of ‘social justice’ – that is to say, justice with the desert taken out – and so liberals should avoid the term, replacing it with another, perhaps ‘evasion of fiscal responsibility’ [the latter is my suggestion, not his].

Now there is clearly something in his theory that metaphors are important. My late friend, the development economist Peter Bauer, long ago pointed out that the term ‘foreign aid’ was auto-justifying, for who would be against assistance to the very poor, or at least admit to it? This discouraged examination of or skepticism about the actual effect of foreign aid, because it is so easy to assume that good intentions must result in good.

But discouragement is not the same thing as prevention: if it were, there would hardly have been any point to Bauer’s own writings. The baleful practical effects of foreign aid – famously the means by which poor people in rich countries give money to rich people in poor countries – have by now been pretty much accepted, almost to the point of having become a new orthodoxy. No one now thinks that aid aids just because of its metaphorical associations.

Metaphors are important, then, but not all important. Bauer won the argument, at least for now, not by changing the metaphor of foreign ‘aid’ but by exposing the effects of that so-called aid. At some point the use of metaphor has to stop, there must be a reality that metaphor is about, otherwise it could not be known to be metaphor, and human discussion or argument could be nothing but blind man’s buff. There is a Haitian peasant proverb of considerable metaphysical sophistication: Behind mountains, more mountains. (It would take a book, or at least a long essay, to unravel all the possible implications of this proverb.) For Lakoff, the proverb should be ‘Behind metaphor, more metaphor.’

So how is one to decide which metaphor to choose, which is better or more accurate? Let us take the example of ‘tax relief.’ People often call for more taxes, but very rarely on themselves: they call for tax increases on others, either in the hope of benefiting directly therefrom, or of producing ‘social justice.’ The vast majority of people, both in the past and in the present, experience taxes personally as a burden. I am not a student of history, and am open to correction, but I cannot recall in all of the recorded history of which I am aware a single instance of a revolt in favor of higher taxes for the people who were in revolt. Most national treasuries are permitted to accept free gifts from citizens in addition to the taxes that they pay, but I know of only one instance of an individual who did make such a freely-chosen payment: the poet and classicist, A. E. Housman. If there were no penalties for failure to pay taxes, how many taxes would actually be collected?

The term ‘tax relief,’ then, while no doubt metaphorical in that it has certain connotations, seems more or less in accord with, or appropriate to, both human nature and recorded history. One could hardly ask more of a term than that. This is not, of course, to argue that all or no tax relief must be justified; arguments cannot be only or even principally about the metaphors and connotations of words that are used in their course.

Professor Lakoff uses the term ‘progressive’ freely. Now there is a framing metaphor if ever there was one. What person of goodwill could possibly be against progress, that is to say betterment of the human condition? So if you are a person in favor of progress – in short, a progressive – only the malevolent could disagree with you.

However, there is a rather large question begged here, namely ‘What is progress?’ There is rarely gain without loss, and loss can easily exceed gain. Human action has unintended and unforeseen consequences, sometimes beneficial, often not. Progress in society is not the same as progress in internet speeds. Are the effects of electronic communication, for example, good or bad? Or if both, which outweighs the other? It is possible for reasonable people to disagree.

These are all pretty obvious considerations, hardly original; yet Professor Lakoff seems to use the term ‘progressive’ as if those he calls progressives brought about progress ex officio,as it were, merely by virtue of their self-designation. This is a form of magical thinking. But they could just as well be called immoralists, or moral underminers, from another point of view. That would be misleading too.

Professor Lakoff’s typology, at least as reported in the Guardian, is extremely crude. Both progressives and conservatives are deemed to be of one mind, of one opinion on everything, hence the Manichaean struggle between them. To take only the conservative camp, it is obvious that that there are different and highly conflicting forms of conservatism. To imagine, as the professor appears (or is made to appear) to do, that all conservatives believe only in unbridled and unscrupulous exploitation of the environment in the name of profit and care only for economic efficiency as measured by the profits of corporations, and devil take the hindmost, is a delusional travesty. Whether a person who believed in only those things, if such a person existed, could be called a conservative at all is doubtful, for what would actually be conserved under this imagined (though impossible) dispensation?

Ultimately Professor Lakoff’s view, if I have him aright, is deeply pessimistic. If it is true that it is pointless for liberals to argue from the evidence, it must also be pointless for conservatives to do likewise. Prejudice is all, reason nothing. There can be no resolution of dispute or disagreement except by dishonest manipulation at best and force at worst.

I am by no means starry-eyed about the place of reason and evidence in political life. The best argument in the abstract doesn’t necessarily win in political practice, to put it mildly. But let us look into ourselves, and examine how we change our minds on various matters (as some of us do).

Do we change them the first time it is proved to us that our previous opinion was wrong? We do not. We hang on to our old opinion for as long as we can, usually for reasons of pride and amour propre, being attached to it as we are attached to a favorite dog, and change our minds only reluctantly. There is reason for a degree of obstinacy in our opinions, for it is not admirable to be a leaf in the wind or always the victim of the last plausible opinion one has heard. If we are not to hold opinions lightly, we should not give them up lightly.

But we do nevertheless sometimes change our minds, as reasons to do so seep into our consciousness like water in soil. When we produce evidence to others in favor of our opinion, therefore, we do not, or ought not, expect it to act as a lightning strike on a tree, for they are like us: reluctant to change their minds. That they do not do so straight away is therefore not sufficient evidence of the futility of arguing rationally. We all live in a zeitgeist, and those of us who express an opinion contribute to it, infinitesimally as it might be.

Wisdom is more like a sediment than a valid conclusion from a syllogism with plausible, if not necessarily correct, premisses. We produce our rational arguments in the hope of contributing, eventually, to that sediment, not as an evangelist hoping for sudden conversions.

A Record Year for Exonerations

Peter Lawler, A Year Gone By

Peter Lawler laid out how the middle class was the class that best represented our middling status as human beings, neither gods nor beasts.

How the British Constitution Created the Brexit Mess

A good compromise on Brexit would require a party system designed to foster agreement, not the government-and-opposition dynamic of Parliament.

Why the American Whig Party Cannot Be Revived

David Brooks calls himself an American Whig, but there are good reasons a Whig restoration is impossible.