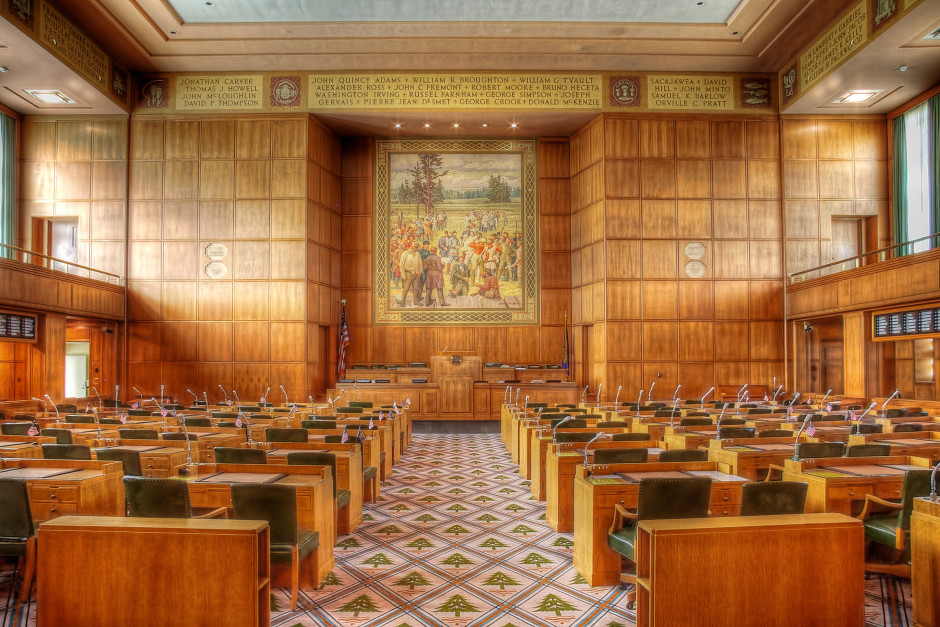 Oregon’s Governor has said she will sign legislation that will require insurance companies (with one exception) to provide their beneficiaries, at no cost, and for any reason, abortions and contraceptive drugs that can be abortifacients. California has a similar law. Unlike California’s law, churches and religious organizations that object to abortion and/or contraception are exempt, but there is no protection for business owners who desire to use any insurance company other than Providence Health Plans (the one faith-based insurance company that was exempted). The Oregon legislation also expands state funding to pay for abortions for citizens and non-citizens who do not have private insurance.

Regardless of one’s views about the morality of abortion, literally tens of millions of Americans think it is murder. Hopefully we can all agree that these citizens should not be forced to commit what they consider to be murder, or be required to pay for someone else to do so.

If this were a federal law, private business owners with religious convictions against abortion would be protected by the federal Religious Freedom Restoration Act, just as the owners of the Hobby Lobby stores were a few years ago. Yet the Supreme Court struck down the RFRA as it applied to the states. And since Employment Division, Department of Human Resources of Oregon v. Smith (1990), there is little chance that these business owners or taxpayers will be protected by the Constitution’s Free Exercise Clause.

But there is another way to protect the rights of religious Oregonians and Californians who are conscientiously opposed to paying for abortions—and the rights of non-religious citizens who may also be opposed, for that matter. It is the United States Supreme Court’s substantive due process jurisprudence. Justices have recognized that there are rights “implicit in the concept of ordered liberty” that are not explicitly enumerated in the Constitution or Bill of Rights. These rights may be protected by the Due Process Clauses of the Fifth and Fourteenth Amendments.

So, for instance, in Pierce v. Society of Sisters (1925), the Court utilized substantive due process to void an Oregon law that would have banned private schools. Oregon, it turns out, has an amazing capacity to pass bad laws. The Court has also used it to void an ordinance that intruded on a family’s choice of living arrangements.

But how does the Court know what to protect? In the 1997 case of Washington v. Glucksberg, Chief Justice William Rehnquist explained:

Our established method of substantive due process analysis has two primary features: First, we have regularly observed that the Due Process Clause specially protects those fundamental rights and liberties which are, objectively, “deeply rooted in this Nation’s history and tradition,”. . . Second, we have required in substantive due process cases a “careful description” of the asserted fundamental liberty interest.

The majority found in this case that there was no substantive due process right to physician-assisted suicide. Far from being a right “deeply rooted” in American history, helping someone to commit suicide was and still is illegal in most states.

One could argue, moreover, that a law compelling someone to assist in suicide would “shock the conscience”—a standard identified by the Court in Rochin v. California (1952) to determine when the due process of law has been violated. This may be why the lawmakers in Oregon, one of five states that, after Glucksberg, legalized physician-assisted suicide through the democratic process, opted to protect healthcare providers who refuse to help patients kill themselves.

There is in point of fact a long and venerable tradition in America of not compelling people to kill other people. Even in the early colonial period, militia statutes routinely permitted pacifists to hire a substitute or pay a commutation fee. In the First Federal Congress, James Madison, representing Virginia, proposed a version of what became the Second Amendment that stipulated that “no person religiously scrupulous, shall be compelled to bear arms.” Georgia Representative James Jackson insisted that if such an accommodation were made, then those accommodated should be required to hire a substitute.

Representative Roger Sherman of Connecticut objected to Jackson’s proposal, noting that it “is well-known that those who are religiously scrupulous of bearing arms, are equally scrupulous of getting substitutes or paying an equivalent; many of them would rather die than do either one or the other.” Sherman was exactly right; throughout American history Quakers, Brethren, Moravians, and other pacifists complained that their consciences did not permit them to fight, or to pay for others to fight on their behalf.

Madison’s draft amendment was unsuccessful, and being able to hire a substitute or to pay a fee remained, well into the 20th century, the primary ways that pacifists’ freedom of conscience was protected when it came to military service. Fortunately, this sort of requirement has now been abandoned. Instead, the Selective Service Act of 1917 and subsequent legislation has permitted pacifists to perform noncombat duties or civilian service. The latter alternative was important for those pacifists who believed that noncombat service still made them complicit in warfare.

More directly on point, shortly after Roe v. Wade was decided in 1973, Congress passed an amendment written by Idaho’s Democratic Senator Frank Church to protect healthcare providers’ right of conscience. This legislation prohibits any court or public official from using the receipt of federal aid to require a person or institution to perform an abortion or sterilization contrary to that person’s or that institution’s “religious beliefs or moral convictions.” It also makes it illegal for healthcare organizations to discriminate against individuals who refuse to perform these procedures. Subsequent Congresses expanded the Church Amendment protections.

Finally, with regard to capital punishment, federal law has since 1994 protected federal and state employees from being forced to participate in an execution “if such participation is contrary to the moral or religious convictions of the employee.” As with abortion, Americans are profoundly split on the morality of the death penalty. But we should all be able to agree that no one should be compelled to participate in imposing it against his or her will.

Substantive due process has been abused in order to expand the reach of the judiciary. I am sympathetic to calls for judges to abandon it altogether. But if it is going to be used to protect even a few unenumerated rights, Chief Justice Rehnquist’s test for identifying them seems right to me. Using this test, it reasonable to say that the right not to be compelled to kill another person, or to be forced to pay someone to kill another person, is “deeply rooted in this Nation’s history and tradition” and is capable of being carefully described and appropriately enforced. This right should protect business owners and taxpayers from being compelled by a state government to fund abortions or contraceptive drugs that may be used as abortifacients.

[1]  I provide a more extensive treatment of conscription and medical treatment in “Religious Accommodations and the Common Good,” available at: http://www.heritage.org/civil-society/report/religious-accommodations-and-the-common-good. See also Mark L. Rienzi, “The Constitutional Right Not to Kill,” Emory Law Journal 62 (2012), 121-78.

Federalist 84: Completing the Declaration of Independence

41 Years Later: WhyRoe Said What It Did

Conversations with the Notorious RBG

Conversations with RBG confirms that the prime reason for Ginsburg's accolades is her relentless progressivism.

The Supreme Court has wrongly invalidated laws, just as it has upheld unjust ones.