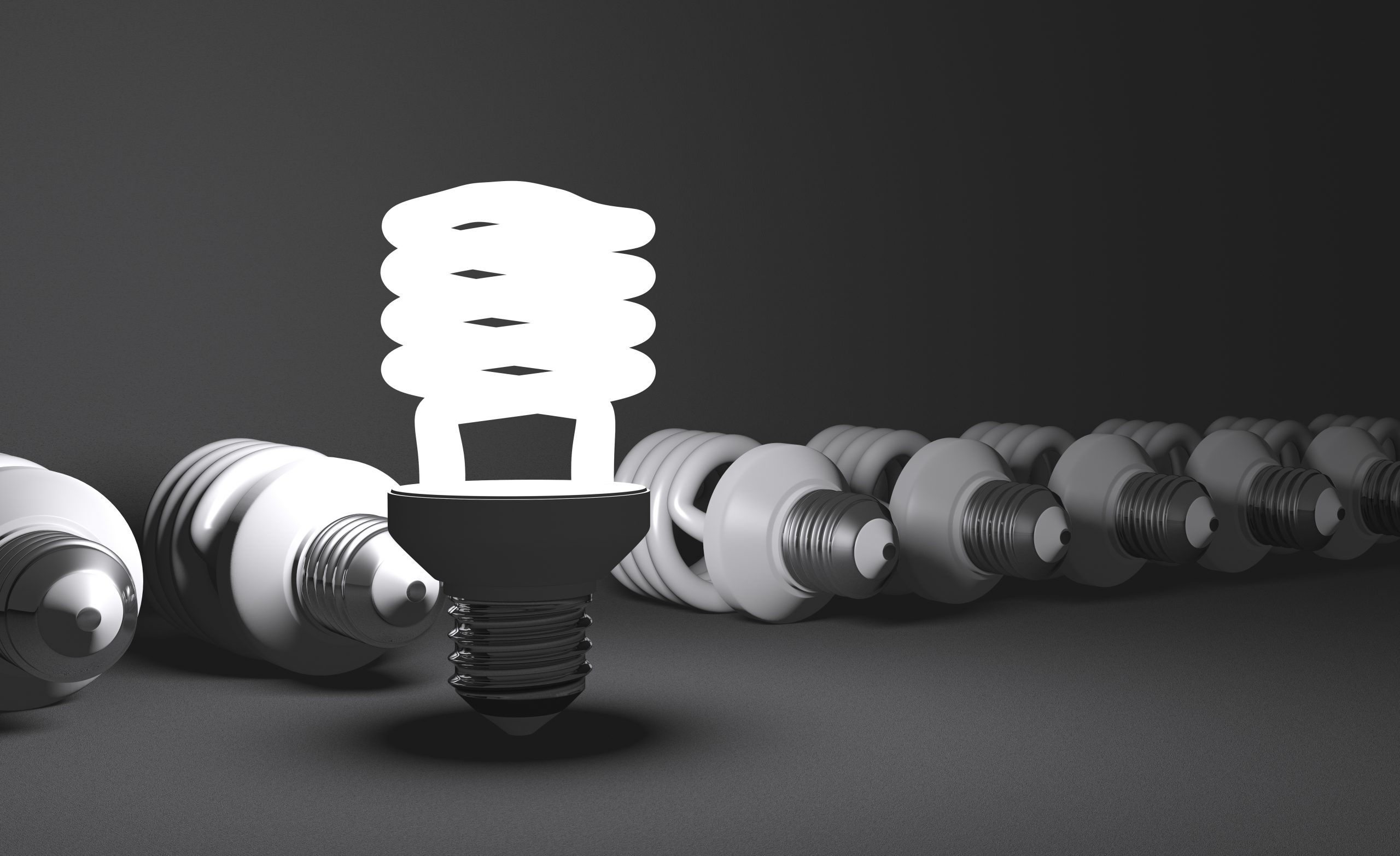 The signaling model of education is pretty well known these days. Starting with Nobel-prize winning economist Michael Spence’s article on “Job Market Signaling” in the early 1970s, the extreme version of the model articulates a reason schooling would exist even if it did not increase human capital in the least. The canonical story goes something like this: There are two types of workers, high quality and low quality. Employers want to hire high-quality workers, and would be willing to pay them more. But they can’t tell high-quality workers apart from low-quality workers. If a potential employer were to ask applicants what type of worker they are, the applicants would naturally all respond by reporting they’re the high-quality type no matter what type they are. This is cheap talk. Indeed, because everyone responds the same way, the answer to the question isn’t useful to putative employers.  (In over twenty years of teaching I have never had a student tell me that he or she received a poor grade on an exam or assignment because the student just blew it off and didn’t study. Every student asking for extra credit or a grade change, God bless ‘em, reported studying “really hard” for the test or assignment.)

That said, while high-quality workers gain from the existence of the credentialing mechanism, they are in fact worse off relative to a first-best world in which everyone tells the truth about their capabilities. If everyone told the truth, then high-quality workers would receive the high wage without wasting time and resources obtaining a credential that serves only to distinguish them from low-quality workers. In this world, schooling is waste, albeit it’s what I call “efficient waste.” Schooling adds nothing to the productivity of the high-quality workers, and indeed is costly to them in time, effort and money. They nonetheless pay the cost because schooling allows them to generate a credible signal regarding their type, thereby earning a higher wage than they would without the credential.

That’s the canonical story. The fun part is to look around at other types of behavior to see whether otherwise inexplicable behavior can be explained as efficient waste. Or, at least, whether the concept of efficient waste can be used to generate alternative explanations. First, take a homey example: engagement rings. At least two types of young men pool in communicating a cheap-talk message when they say, “I love you.” Importantly, it’s called “cheap talk” not because everybody is insincere. But because it’s just as easy for the insincere male to say the words as it is for the sincere male to say the words. To be sure, some young men articulate the message in all earnestness. Other young men, well, are not so earnest. How’s a young lady to separate the earnest from the non-so-earnest? While not as clean as the simple Spence model in which both types of workers perfectly separate, purchasing an expensive ring can separate out some of the less-earnest young men from the more-earnest.

As with schooling in the canonically Spence story, in this story the ring is also waste, albeit, efficient waste. And it’s not simply waste for the young man. Many a young couple would be better off saving the cost of the ring and having the additional funds as they start their life together. (That said, I did not explain this theory of the engagement ring to my wife until after we were married. It was bad enough that I took her to a game-theory lecture on our first date.)

There are sundry applications to politics and law as well. One example might be congressional hearings. Congressional hearings often reveal no new policy-relevant information at all. So why do legislators still hold them? Well, they might be used as mechanisms for efficient waste: The information being generated is not about policy but about legislator preferences. In particular, they could reveal information about the intensity of legislator preferences. It is precisely because the hearings are a waste of time for the legislators, that is, are costly for time-pressured legislators to hold, that they can generate a credible signal to outside groups (and to other legislators as well) about the importance of an issue to a legislator. “See, I’m willing to burn valuable time on this issue because it’s so important to me.” (This might also be a reason why parental time is so valuable for a child: It is precisely because it is “wasted” time, that is, the time together is not instrumentally productive, that the child induces that it is he or she as a person who is valued by the parent. The parent’s “wasted” time signals importance.)

So, too, efficient waste provides an explanation for the old Cold-War phenomenon of the U.S. and the Soviet Union holding nuclear arsenals so large that they could blow up the world several times. After all, being able to blow the world up once is all that is instrumentally necessary for mutually-assured destruction.

Strategically unnecessary expenditures on defense again could signal preference intensity. By wasting resources on a nuclear arsenal that could destroy the world three or four times over mistaken overkill. The U.S. was signaling “this is how much we care about West Berlin.” To be sure, the same point could have been made by taking five hundred billion dollars and burning it on the West’s side of Checkpoint Charlie. But, as with the diamond ring, we must allow for some instrumental poetry. (Burning $20,000 in front of one’s intended while professing one’s love doesn’t seem quite as romantic as bending the knee and opening a small box with a ring in it, even if the monetary waste is equivalent.)

So, first, the puzzle in need of explanation is the existence in some authoritarian polities, like Egypt, of seemingly independent judiciaries, i.e., judiciaries that governments allow occasionally to rule against the government. An initial line of thought posited that (some) authoritarian governments developed independent judiciaries as commitment mechanisms for the protection of property rights. (In the case of Egypt, as a commitment mechanism to persuade international capital that Egypt wouldn’t again nationalize foreign capital as President Nasser had.)

So why would an authoritarian ever create and tolerate a judiciary that rules against the government, i.e., that sets aside decrees issued by the authoritarian? This is presumably pure cost to the authoritarian, in that a judge sets aside a policy that the government wants implemented. One possibility comes from creating and tolerating the judicial veto as a form of efficient waste: the authoritarian can signal whether he has long- or short-term time preferences by whether he tolerates judges ruling against him without removing or otherwise disciplining them. Capital would be willing to invest in authoritarian countries in which the authoritarian in charge has a long-term time horizon. That means that the government recognizes that revenues from capital can be maximized by allowing them to continue production over the long run relative to the short-term gain of one-time expropriations. On the other hand, authoritarians with short time horizons have a higher inclination to put the kibosh on judges ruling against them and have a higher propensity to expropriate mobile capital that is unwise enough to locate in the country.

There is possibly a lesson for judiciaries in democratic nations as well, mutatis mutandis.  After all, Congress (and most state legislatures) have the means to humble the judiciary just about any time they wish. They can impeach judges (and justices) whose decisions they judge to be inconsistent with “good behavior.” Beyond that, if there is also a compliant executive, Congress can increase or decrease the size of the Supreme Court at will, it can decrease the number of lower courts, it can (maybe) restrict jurisdiction, or it could decrease the Court’s discretionary jurisdiction to overwhelm it with work. There are many ways Congress can harass judges if legislators actually want to.

The question is why Congress doesn’t choose to harass judges? There are a number of possible answers to that question that I won’t rehearse here. (And, indeed, Congress has occasionally chosen to harass judges.) Nonetheless, the judiciary in the U.S. is not formally independent of congressional power, if in fact Congress wanted to direct its power against the judiciary. So the question is why Congress has not chosen to direct its power so. One could also set out a story, mutatis mutandis, akin to the one for judicial independence in authoritarian governments. Legislators are signaling information about their preferences in maintaining judicial independence. The point is that Congress is, as a formal institutional matter, relatively unconstrained if they really wanted to they could clean the Court’s clock.

Mark Pulliam and the Old Originalism

Mark Pulliam rightly criticizes nonoriginalist judicial activism but wrongly would depart from the original meaning in other cases.