Supporters of the Common Core repeatedly claim that Common Core was a state-sponsored initiative, that the nation’s governors originated in 2007-8 this wonderful idea, and that the federal government had really – but really – nothing to do with these wonderful career- and college-ready standards that will propel many more of our students to be competitive in the global marketplace.

I will ignore for a moment what those supporters “forget” to mention – that the standards were produced in a secretive non-public process, that they were funded largely by the Bill and Melinda Gates Foundation and private DC-based lobbying organizations, and that they had little input from their actual stakeholders: teachers and the public.

The foundational document that Common Core promoters cite is Benchmarking for Success, published jointly by the National Governors Association (NGA), the Council of Chief State School Officers (CCSSO) and Achieve Inc. This 2008 report calls for, as its first and most important recommendations:

Upgrade state standards by adopting a common core of internationally benchmarked standards in math and language arts for grades K-12 to ensure that students are equipped with the necessary knowledge and skills to be globally competitive. (p.6)

To support this call, those three organizations described the rigor necessary from the proposed standards:

In September 2009, just three months after the Common Core State Standards Initiative (CCSSI) was publicly announced, it published its first major document, the College and Career Readiness Standards (CCRS). The CCRS required little more than the content of an authentic Algebra 1 course for their “college readiness.” Not for its 8th grade content as Benchmarking for Success promised, not even for high school graduation as used to be common twenty years ago, but for “College Readiness”!

This ultra-low definition of college-readiness in CCRS was challenged by some, yet the CCSSI never revoked these standards – it simply silently made them fade away from its web site as the K-12 grade-by-grade content was being worked on. When the final version of Common Core (CC) standards was finally published in June 2010, there was no clear definition set forth of what college-readiness is. For the high school, CC offered “regular” high school standards and some “plus” standards, declaring:

So are the “+” standards part of CC’s definition of college-readiness, or are they not? Nobody knows and CCSSI is not telling even five years after the CC’s publication. Based on various documents and “progressions” published since, it seems that everyone’s interpretation is that the “+” standards are not included in CC’s College Readiness, and they will not be assessed on CC grade 11 consortia assessments. 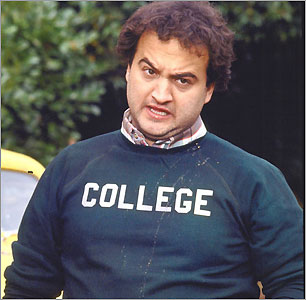 So what is the level of this de facto, if not de jure, Common Core College Readiness? How well does it fulfill the promise of Benchmarking for Success that they will be “internationally benchmarked” and ensure that our students will be “globally competitive”? This is easily answered, as CC itself squarely placed the first Algebra course in high school.

CC defenders argue that there is “a lot of algebra” in CC grade eight content. One can quibble about how much is “a lot,” but certainly there is a significant amount of algebra there. But there is a significant amount of algebra in 7th grade content, and in 6th grade content, and even in the first grade content! This is because CC defenders, probably intentionally, confuse the first algebra course with so-called (but ill-defined) “algebraic thinking” that has been present in every elementary grade of every state standard in this nation for a long time. Defenders can attempt to confuse between algebraic content and an algebra course until they are blue in the face, yet the fact remains – Common Core relegated its first algebra course to high school, unlike our global competitors. This is not rigor. Significantly, this refutes the notion of internationally benchmarked standards in math.

But does that mean that one cannot be college-ready in high school while taking Algebra 1 in 9th grade? Not necessarily. It depends on the other content taught in high school, and how that content is taught.

Common Core high school mathematics without the “+” standards contains what amounts to a weak Algebra 2 content, and to even weaker Geometry course. This is of critical importance because, overwhelmingly, 4-year state colleges expect at least Algebra 2 and Geometry as their admission requirement. In fact, a student taking Algebra 2 as the highest math course in high school has barely 39% chance of getting any bachelor’s degree (Tbl .5, p. 31 here), and somewhere between 2.1% and 15% chance of ending up with any STEM bachelor’s degree (Tbl. 7 here).

Here is what Jason Zimba, one of the three CC math standards’ authors, had to say about their college-readiness in 2010:

In my original remarks, I didn’t make that point strongly enough or signal the agreement that we have on this— the definition of college readiness. I think it’s a fair critique that it’s a minimal definition of college readiness. . . . Not only not for STEM, it’s also not for selective colleges. For example, for UC Berkeley, whether you are going to be an engineer or not, you’d better have precalculus to get into UC Berkeley”.

Translation: Common Core’s “College Readiness” is good for Community Colleges, and for Non Selective 4-year colleges. So much for the Benchmarking for Success promises that the standards will be “globally competitive.”

And here is what William McCallum, another author of the standards, had to say about the original CCRS at the 2010 joint Mathematical Association of America/American Mathematical Society meeting in San Francisco:

The level set by the [CCRS} document, I completely agree, it’s not what we aspire to for our children, . . . I completely agree with that and we should go beyond that. . . . We should expect our children to go beyond that level as the K-12 standards will go beyond the level set by the college and career-ready document. It will include standards about math permutations . . . The level that was set at the college and career ready document was not based on university admission requirements but was based on data about what students actually do, how well they succeed if they go to a certain level of mathematics.

It is worth noting that despite his promise, the final CC standards have a single reference to permutations, and it is a “plus” standard – apart from “college-readiness.” Also interesting is McCallum’s acknowledgement that the CCRS were not based on college admission requirements but rather on “some other data about what students actually do.” I will address this particular issue in my next post.

We must consider Common Core’s “college readiness” and what will be its likely impact on colleges.

We know that CC’s “college-readiness” is aimed only at community colleges and is below the minimum that most 4-year state colleges routinely require today. We also know that today roughly 2/3 of high school graduates continue to 2- and 4-year colleges, but only about half of them, roughly 35% of high school graduates, earn any degree. In other words, we will be forcing colleges to accept even less prepared students than today, but instead of sending them to remedial courses, state colleges will now have to enroll them directly in credit-bearing courses. Finally, we know that many state legislatures are putting into law requirements that anyone declared “college ready” by Common Core assessment will not face remedial courses in a 4-year state college. Much of this is pushed by the federal No Child Left Behind “flexibility waivers” (granted to 43 states and counting) that require states to align their K-12 system with their colleges.

What we don’t know is how colleges will react to a flood of underprepared students. We don’t know if they will simply bend at the knee and lower the meaning of their degrees, or will they extend the average time it takes students to earn a degree, or will they rebel and defend their autonomy to define what it means to be prepared for their institution. Both the second and third alternatives will mean an uphill battle with their state governments. However, unless academic faculties wake up and assert their authority one way or another, future degrees from state institutions will be worth even less than they are today.

Platonic Advice for the University Cosmopolitans

Testing the Power of Free Inquiry

The University of Austin's success depends on its commitment to principle, but also on its leaders' personal investment.