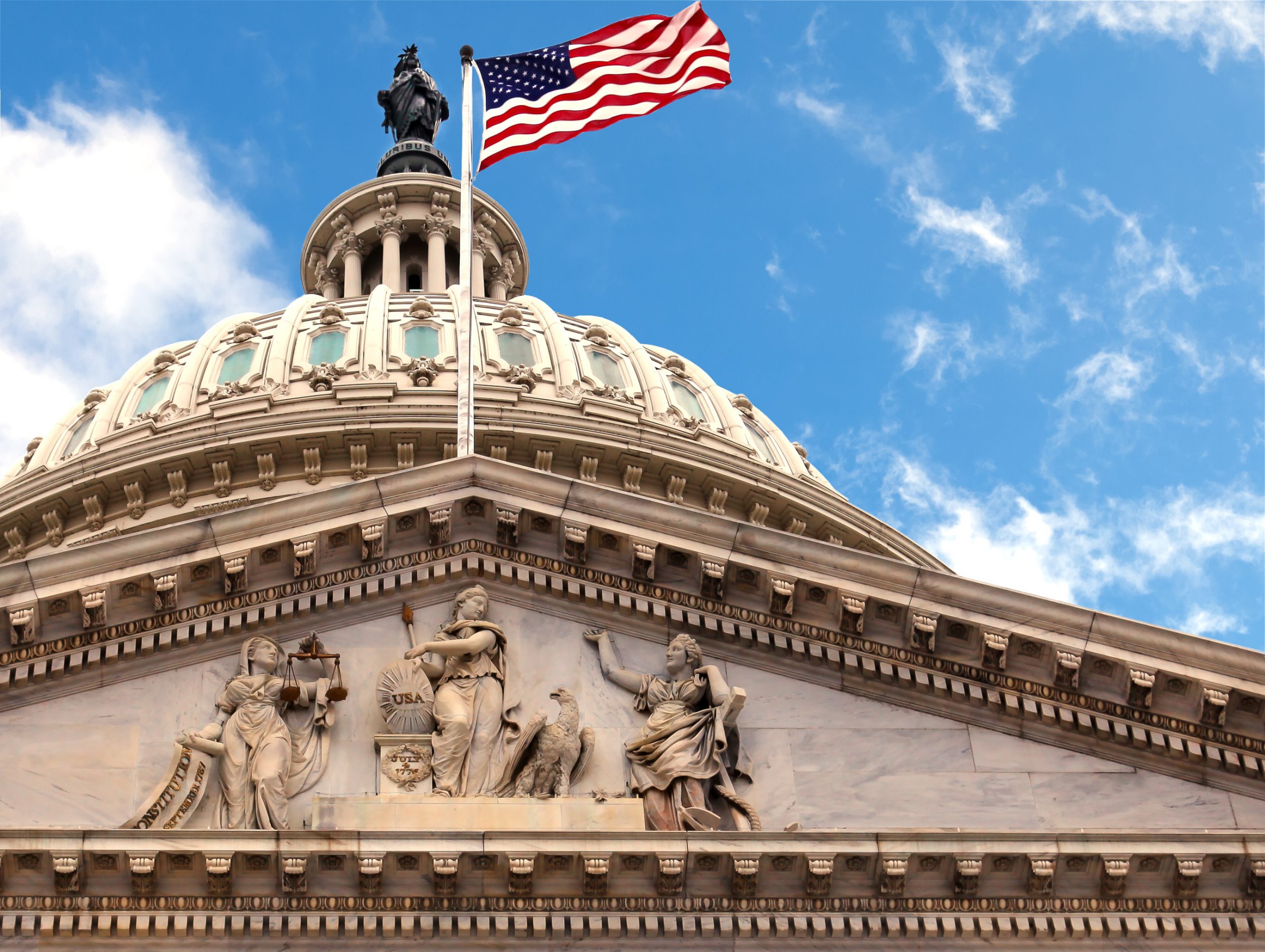 American constitutionalism is famously about written rules. Our constitutions are filled with “thou shalt nots.” So much so that many unfortunately jump to the conclusion that the entire point of a constitution is to impose limiting rules. And certainly for several decades, the American experiment with written constitutions stood out for the ways in which it bound government officials with legally enforceable rules. (That experiment is less uniquely American now.) As Justice William Paterson observed shortly after the Founding, the constitution of England “lies entirely at the mercy of parliament: it bends to every governmental exigency; it varies and is blown about by every breeze of legislative humour or political caprice.” It was to avoid such problems that in America the constitution was “reduced to written exactitude and precision.”

The British have a name for at least a subset of constitutional practices: constitutional conventions. The Victorian British legal scholar A.V. Dicey popularized the idea in the 1880s and 1890s, arguing that such informal and unwritten “understandings, habits, or practices” were crucial features of British constitutionalism and an essential means by which political power was kept in check. In the British case, the development of this constitutional morality, to use Dicey’s phrase, was particularly important for converting the British monarchy into an effectively republican system of government. Knowing what discretionary power was allowable under the constitutional rules was not enough. The preservation of democratic government required that governmental officials appreciate the duties and obligations that should guide their behavior and that often dictated that they not exercise power to the maximum limits allowed by law.

Constitutional conventions constrained the behavior of elected officials as much as the crown. Everyone in the political system benefited from the mutual insistence that everyone play by the constitutional rules, as those rules were refined and elaborated through informal norms. Political life would become much more nasty and brutish, and potentially much less democratic, if those conventions were flouted and routine violation of those conventions were tolerated.

I have argued elsewhere that the idea of constitutional conventions is just as relevant in the American context as in the British. I’m certainly not the first to notice this. Dicey himself suggested that conventions in this British sense existed in the United States. In this connection, there is a distinction to be made between constitutional interpretation and constitutional construction. Interpretation is focused on faithfully identifying the rules laid down in the fundamental law, often for the sake of judicial enforcement of those rules. Constitutional construction is concerned with how constitutional meaning and practices are developed in the interstices of the constitutional text, where discoverable meaning has run out. Within these “construction zones,” as Larry Solum has called them, the indeterminate text is rendered determinate through the creative action of government officials and political actors, and political discretion is hemmed in by the generation of authoritative norms of political behavior.

Part of the purpose of the text of the U.S. Constitution is to assign discretionary power over specified subjects to designated government officials. Such discretion may simply go unchecked by constitutional rules and norms, but it might also be circumscribed by evolving expectations on how such power is to be properly used. Constitutional maintenance may well require that political behavior within the constitutional rules be further constrained by precepts that help preserve the rules. Questions of constitutional propriety arise within the boundaries of constitutional law. As the Gilded Age jurist Thomas Cooley pointed out, a more “complete and accurate” definition of a constitution would be: “that body of rules and maxims in accordance with which the powers of sovereignty are habitually exercised.”

The classic example provided in the older literature on American constitutional conventions was the tradition of the two-term presidency. Dicey pointed to the tacit term limit on Presidents of the United States as evidence of the kind of informal constitutional practice that was central to the British system of government. American commentators at the turn of the century readily agreed that George Washington’s voluntarily stepping aside as President at the end of two terms had hardened into a firm normative constraint. Early Presidents like Thomas Jefferson and James Madison had appreciated its value in a republic and chose to follow suit, restraining their own ambitions in order to cement a norm against elected monarchs.

The significance of the two-term President was not lost on the fire-eating Virginian Nathaniel Beverley Tucker, who wrote an antebellum novel imagining the eventual circumstances of Southern secession. In The Partisan Leader (1836), Tucker’s device for illustrating an American government that had abandoned its republican ideals was the image of a perpetually reelected President Martin Van Buren, who observed the forms of democracy but was no longer bound by its substance. When supporters of an actual President, Ulysses Grant, explored the possibility of a third term for the war hero, other Republicans pushed back and bolstered their case for following the norm by stressing how unseemly it would be for Grant to try to outlast General Washington in the White House.

But by the Progressive Era, commentators began to worry about the vibrancy of the two-term tradition, and saw in the mixed reaction to Theodore Roosevelt’s effort to serve a third term a harbinger of some future incumbent’s deciding to break the two-term barrier. If that were to ever happen, one prominent legal scholar argued, the question would have to be settled by the adoption of a written constitutional amendment to transform the unwritten norm into a formal rule.

The Electoral College offers another standard example of an American constitutional convention in practice. The written terms of the Constitution left the state legislatures free to choose presidential electors however they wished, and likewise left the electors themselves perfectly free to cast their ballots for the person that they in their own individual judgements thought might best execute the powers of that office.

American democratic sensibilities swiftly overtook the formal institution and imposed a series of informal norms designed to tie the hands of those exercising seemingly discretionary power within the rules established by the U.S. Constitution. State legislatures were no longer to exercise their own discretion in choosing presidential electors but were effectively obliged to vest that authority in the people themselves. Likewise presidential electors were no longer to exercise independent judgment in casting their ballots, but were effectively obliged to pledge themselves to a particular candidate so that the voters could use the selection of the elector as a mere instrument for choosing a President by popular vote.

Such conventions made the constitutional system more democratic than it might otherwise be, and an observer who did not understand those conventions did not understand how the Electoral College worked in practice. As we saw in Election 2016, the so-called “Hamilton Electors” thought they were giving a civics lesson by appealing back to the formal rules of the Constitution and asserting that the electors should make an independent determination of whether some unnamed individual, perhaps John Kasich or Colin Powell, might make the best President. In fact, they were just exposing their own civics deficiencies and had misunderstood their place as electors within the modern American constitutional order.

It is surely the case that if a sufficient number of faithless electors were to cast a majority of the electoral votes for a candidate who had not won those votes in the general election, the ballots of the Electoral College would themselves be ignored (or fudged, as when some states in 2016 refused to allow electors to cast ballots for anyone other than their pledged candidate), which would be followed, in due course, by adoption of a constitutional amendment remaking the formal constitutional rules to more closely match the informal constitutional practice.

As these examples indicate, constitutional norms are real, but they are not impervious to violation or change. Partisanship and self-interest can generate significant political pressures that inherited constitutional norms might struggle to contain. When political elites are no longer willing to defend constitutional norms and are unable or unwilling to punish those who violate them, then the norms will eventually collapse. As Jacob Levy has recently pointed out, nihilism is a much greater threat to political freedom than hypocrisy. It matters far less who is responsible for bending and breaking constitutional norms in the first place than that we shore up those norms for the future.

There may be occasions when it is justifiable to play “constitutional hardball” or provoke a constitutional crisis in order to overthrow an unjust status quo and move toward a more just political equilibrium. But more often it is short-sighted self-interest that leads political actors to want to kick over any obstruction in their path to satisfy their immediate political goals. We should be very careful before we toss aside constitutional traditions that have long served us well, and we should take care to appreciate the delicate web of expectations, habits, and norms that make our constitutional system workable.

Split and the Snowflake Generation

Opposing radical individualism, Lawler and Reinsch look to the unwritten constitution as the key to understanding how to form citizens in a democratic age.

The Tale of Two Revolutions and Two Constitutions