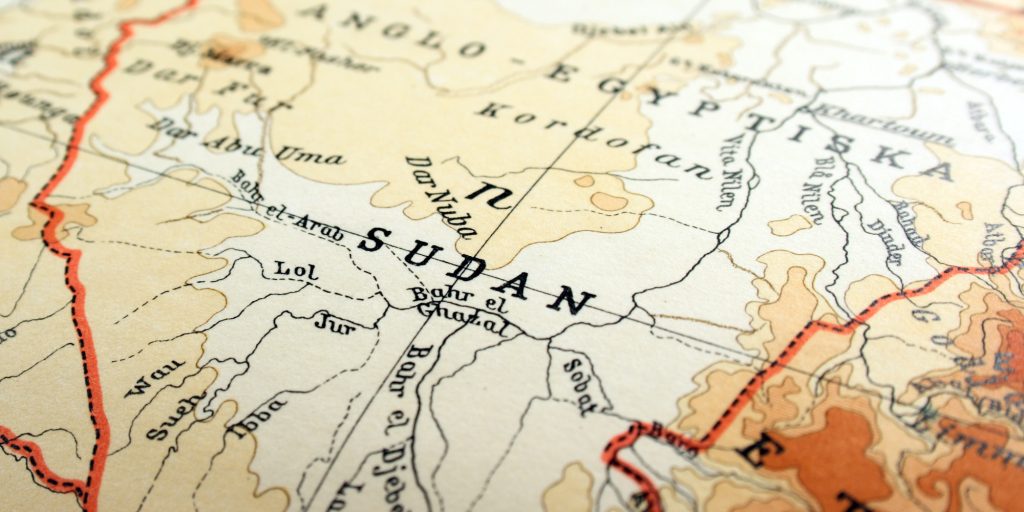 Sudan risks becoming another Somalia. Perhaps surprisingly, this risk does not arise from the chaos in the now-independent nation of South Sudan. Rather, conflict continues to simmer in Sudan’s peripheral regions, and not only in Darfur. When the current regime headed by President Omar Al-Bashir ends or collapses, centrifugal political forces, forces intentionally created by Al-Bashir’s government, almost guarantee the country’s government will break into multiple power centers. Each faction will be strong enough to resist defeat, but none will be strong enough to defeat the other power centers. The outcome threatens not only the stability of Sudan and its immediate neighbors, but threatens to unravel stability across Africa’s entire Sudanic belt and to provide a hospitable climate for international terrorism.

The travails of South Sudan, tragic as they are, should not overshadow the problems in Sudan proper, and what those problems portend for the future. While the conflict in Darfur no longer headlines in the newspapers, the causes of the conflict have not disappeared. Indeed, Darfur was only the most-publicized of the conflicts in peripheral regions of Sudan, conflicts the central government purposefully provoked in a bid to maintain its hold on power. Much less reported than the Darfur conflict have been devastating conflicts between the central government and resistance groups in the Sudanese states of South Kordofan, Blue Nile, and East Sudan.

While the national government of President Omar Al-Bashir still styles itself as Islamic, it pivoted away from the international Islamic movement with the imprisonment in 2000 of its leading Islamist light, Hassan Al-Turabi (who died last year). The pivot away from international Islamism superficially focused on economic development in Sudan, but both extreme incompetence on the part of the Al-Bashir regime, and a singular focus on maintaining power at any cost, doomed success of the nationalist project from the start.

The governing clique’s singular focus on maintaining its hold on power is what motivated the center’s provocation of conflict in Sudan’s periphery. Since colonial days in Sudan, resources have flowed one way only, from the peripheries to the center. The peripheral regions naturally resented the parasitic transfer. Unified resistance in any one region, let alone unity across the regions, would allow those areas effectively to contest Khartoum’s grip on the areas. If unified, a region could at least force Khartoum to remake the exploitative relationship between it and the region. If more expansive, opposition could conceivably threaten the Al-Bashir clique’s hold on power. The center’s tenuous grasp on power could not resist a unified periphery. And it knows it.

Al-Bashir and the military, however, intentionally fostered and exploited tribal and ethnic divisions, strategically supplying weapons and resources to different groups at different times to set intraregional groups against one another. This took the focus off opposition to the central regime and refocused it on new enemies closer to home. Intraregional groups dissipated manpower and resources against each other, weakening the ability of each region, even if peace and unity were established, to oppose the central regime.

While the power of the central regime is a shadow of what it once was, these intraregional conflicts have ground down the peripheries in a series of vicious conflicts. These conflicts, and the divisions created, is what promises to create Sudan’s Somalia-like problem if and when the Al-Bashir regime collapses. There is no obvious replacement to Al-Bashir that could unify the country behind a national government. The resultant risk is an anarchy of competing groups in a war of all against all.

While the outcome offers continuing tragedy to long-suffering Sudanese, this is not the limit of the risk. As in Somalia, anarchy in Sudan augurs poorly for regional peace and stability as well. Terrorist groups have proven adept at taking advantage of domestic chaos in nations to build and develop their strength and capacity. Moreover, with interconnected tribal and ethnic connections that cross national borders, disarray in Sudan can create a domino effect, east to west, sending disrupting ripples across Africa’s entire Sudanic belt.

But what to do? Sudan’s civic culture has been decimated. Rebuilding that culture would take decades at best. But even in the best of situations, that would be a bottom up strategy. The task of taking even small steps toward recreating that culture is impossible as long as Al-Bashir remains in power. So there is a chicken and egg problem. Sudan’s civic culture cannot be restored as long as Al-Bashir remains in power, but civic culture needs to be restored to have any hope for peace in Sudan after Al-Bashir is gone.

For more than a decade analysts have ended studies of Sudan with comments to the effect that Al-Bashir and his clique cannot remain in power much longer. Yet he has. He has kept a tenacious grip on power despite little support, even in Khartoum. And it is difficult to see where intervention from any external force would come from, at least of a force would be sufficient both to replace Al-Bashir’s regime and assert authority over the entire nation.

At the very least, something of a government in exile needs to be constructed, one ready to step in whenever the Al-Bashir government collapses. But uncertainties as to when that collapse might occur, as well as the difficulty Sudanese resistance leaders have working together, and the absence of international leadership necessary to support such an effort in the first place, makes the success of such an effort a distant hope at best. But as bad as the current situation in Sudan is, the tragic news is that it can get much, much worse. The current quietude is illusory; it is the quiet before an even worse storm. If there is any hope to avoid replicating another Somalia in Sudan, the groundwork needs to start being today. But it requires a modicum of foresight, and a modicum of leadership.

The Consequences of Pious Intervention

Black Hawk Down tells a story that honors American soldiers, but also has a clear warning about what has become the American way of waging war.