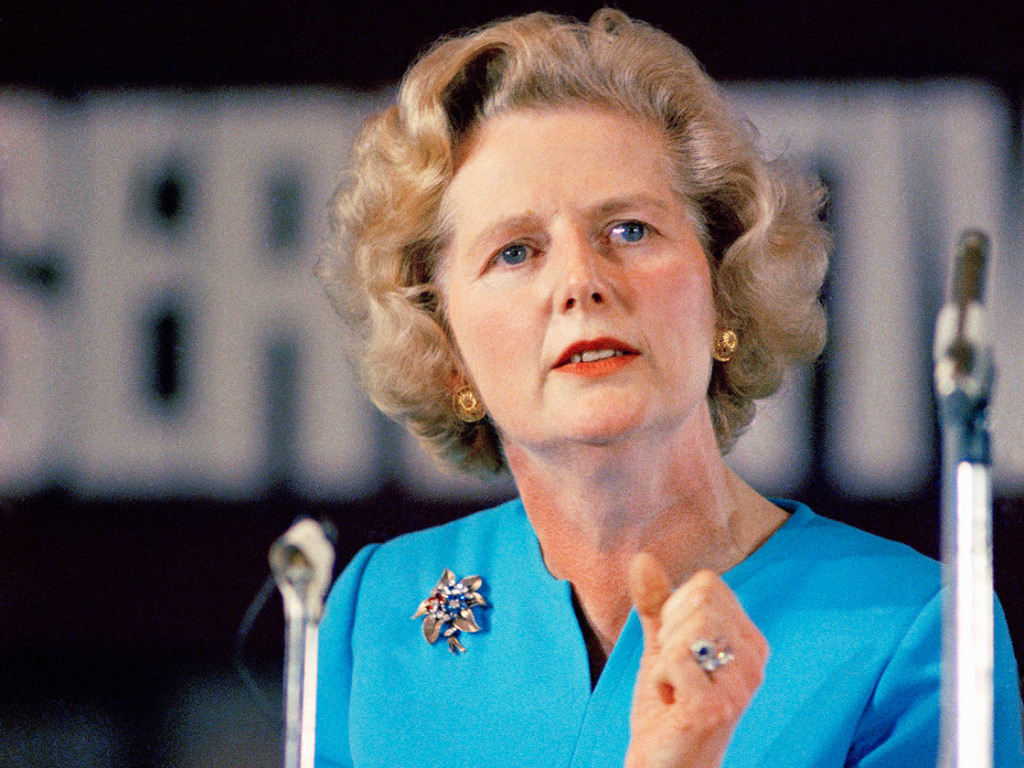 It was Robert Louis Stevenson who said: “Man is a creature who lives not upon bread alone but principally by catchwords.” Refining our thoughts with qualifications can get tiring, so we recur to slogans to capture a reality that is almost always complex.

Alas, what should be the shorthand of thought often turns out to be the short-circuit of thought. When we think of Margaret Thatcher, for example, we think of free-market reforms—whether we are for such reforms or against them, whether we welcome or abominate them.

Is this right? Was Mrs. Thatcher’s legacy one of free markets, of laissez-faire? I am far from sure.

The question first came up when my late friend, the development economist, Peter Bauer (who was a formidable opponent of the orthodoxies of his time) said to me that he thought Mrs. Thatcher had talked a great deal but had actually done very little. In a way, he said, she had even set her own cause back because her strident language had convinced people that she had carried out her radical program, thus arousing the undying hatred of her intellectual opponents as if she had done so, while in fact she changed very little, at least as regards the fundamentals. She thus gave the ideas for which she stood a bad name without their ever having been put into practice.

This came up again recently when a think tank sent me an email circular with the title, Margaret Thatcher—A Free Market Legacy? Of course, the answer depends somewhat on what you consider a political legacy to be. Is all that happens after a politician leaves power his legacy, or only those parts of what is done that are either in accordance with or in conscious opposition to his precepts? Some reforms or changes are irreversible, others easily reversible. Does a legacy consist only of the former?

In the case of Britain and Mrs. Thatcher, I prefer to speak of her effect rather than her legacy. It seems to me that she subdued the political power of the unions, but that that power would have declined anyway—as it has done in France even without a Thatcher figure to lead the charge. That said, she handled the coal miners with skill and determination. After she defeated the Miners’ Union, no other union would lightly take her government on. And so far, at least, British unions have not recovered their extra-constitutional role as the fourth, and seemingly most powerful, branch of government. Even Peter Bauer acknowledged this as an achievement.

But did Mrs. Thatcher roll back the state, as it was her intention and indeed vocation to do? Here I think the answer must decisively be no. That is, at least if the question is about her long-term effect. It is true that she managed to reduce the public sector’s proportion of the Gross Domestic Product somewhat during her term in office. But 30 years after she entered office, it was higher than when she entered it. In 1979 it was 44.6 per cent; in 2009, 47.7 per cent. Her long-term effect (if 30 years counts as the long-term) on the size of the state was nil, despite her reputation as a prudent or even savage cutter of public services.

She did nothing to reduce dependence on the state as a source of primary income. On the contrary, during her period in office, spending on social security increased rather than decreased. (This was largely because unemployment rose so high; it was ethically, socially, and politically impossible to drive down the income of the unemployed to the value of their labor to employers, which in many cases would probably have been negative.) Government spending having declined as a proportion of GDP, social security increased proportionately even more. Mrs. Thatcher did not, because she could not, effect any fundamental change in the model of the welfare state. That model, in democracies at least, has a one-way ratchet.

Mrs Thatcher was loved and hated not so much because she changed things, but because she said she wanted to. Wilfred Owen notwithstanding, men always fight for flags because symbols are more powerful in their minds than reality.

Such measures as GDP are very crude when it comes to estimating the effect on a society of a politician of Mrs. Thatcher’s stature. Still, my impression is that her effect, where it was long-lasting, was predominantly negative.

Mrs. Thatcher gave the impression of being an economic determinist—a mirror-image Marxist if you will. Whether she really was in the inner fastnesses of her mind is beside the point. In politics, what people think you are is often more important than what you are. She gave the impression that if the economy were fixed, everything else desirable would follow as the night the day, and that the way to fix it was to let everyone follow his own narrow economic interest.

To be sure, it was very necessary in Britain at the time to try to undo the effect of many years of intellectual propaganda against all forms of commerce, which the intelligentsia then thought was intrinsically besmirching in a way that public service funded by taxation was not. The utopia peddled by the intellectuals was of a society in which everybody and everything was subsidized. (The ultimate source of the subsidies, of course, was of no interest or concern.)

Margaret Thatcher was, in effect, the Guizot of 20th century Britain: enrichissez vous was her message to the British people. Unfortunately, it was not only the people in the genuinely commercial sector who heard the message. Those in the public sector did, too. This sector never became small; and Mrs Thatcher, not able to reduce it, thought to tame it by introducing scientific management into it.

She believed in scientific management as scientologists believe in L. Ron Hubbard. Unfortunately, this meant that enichissez vous quickly became the watchword of the public administration, whose senior bureaucrats successfully argued that, as managers of vast enterprises such as public hospitals, which were now to be run as businesses, they could arrogate to themselves every perquisite enjoyed by the captains of industry and the kings of commerce. The result has been that employment in the public sector is more lucrative than in the private, and much less risky. There are many towns in Britain in which the middle class is composed almost solely of so-called public servants.

The supposedly scientific management that Mrs. Thatcher introduced into the public sector had, ironically enough, a strong Soviet flavor to it, complete with bogus benchmarks easily reached by means of organized lying and falsification, as well as the universal employment of a langue de bois all its own. As a professor in Bristol put it when the government suddenly introduced a new term, clinical governance, into its circulars without explaining what it meant: “clinical governance is a term untranslatable into any other language, including English.” The Iron Lady, the most anti-Soviet of all recent British Prime Ministers, immeasurably advanced the cause of Sovietism, regrettably, in her own country.

Her successor-but-one, Anthony Blair, with the cunning of the natural born swindler, seized his chance and created a loyal, corrupt, self-seeking nomenklatura class that remains extremely influential and easily able to outwit the blancmange-like David Cameron, who in any case so easily moulds himself to any shape going.

I concede, of course, that any historical interpretation is open to dispute and revision. Moreover, to blame a figure for not having done the impossible is not to damage her reputation in the slightest. There is (thank goodness) a limit to what one person can do in countries such as the United Kingdom. I liked Mrs. Thatcher personally and she was head and shoulders above the other political figures of her time. But that only shows that politics are the shadow on the cave wall.

Will the Secret Weapon Be Enough?: Brown’s Barnstorming to Make “No” as Inspiring as “Yes”