Replacing the US Constitution of 1787 began in the 1930s, slowly and imperceptibly, always with bipartisan support. Now it rushes to completion, unmistakably. Democrat President Barack Obama’s proclamation: “I can do anything I want,” only exaggerated the reality of the 2014 constitution, which the Republican leadership of the House of Representatives re-confirmed quickly by effectively tossing yet one more part of the 1787 Constitution onto the dead-letter pile — the provision that the US government may borrow money only as authorized by law. In short, simply by ignoring the Constitution, our ruling class is imposing a new one on us. Insofar as we suffer it, we deserve it. 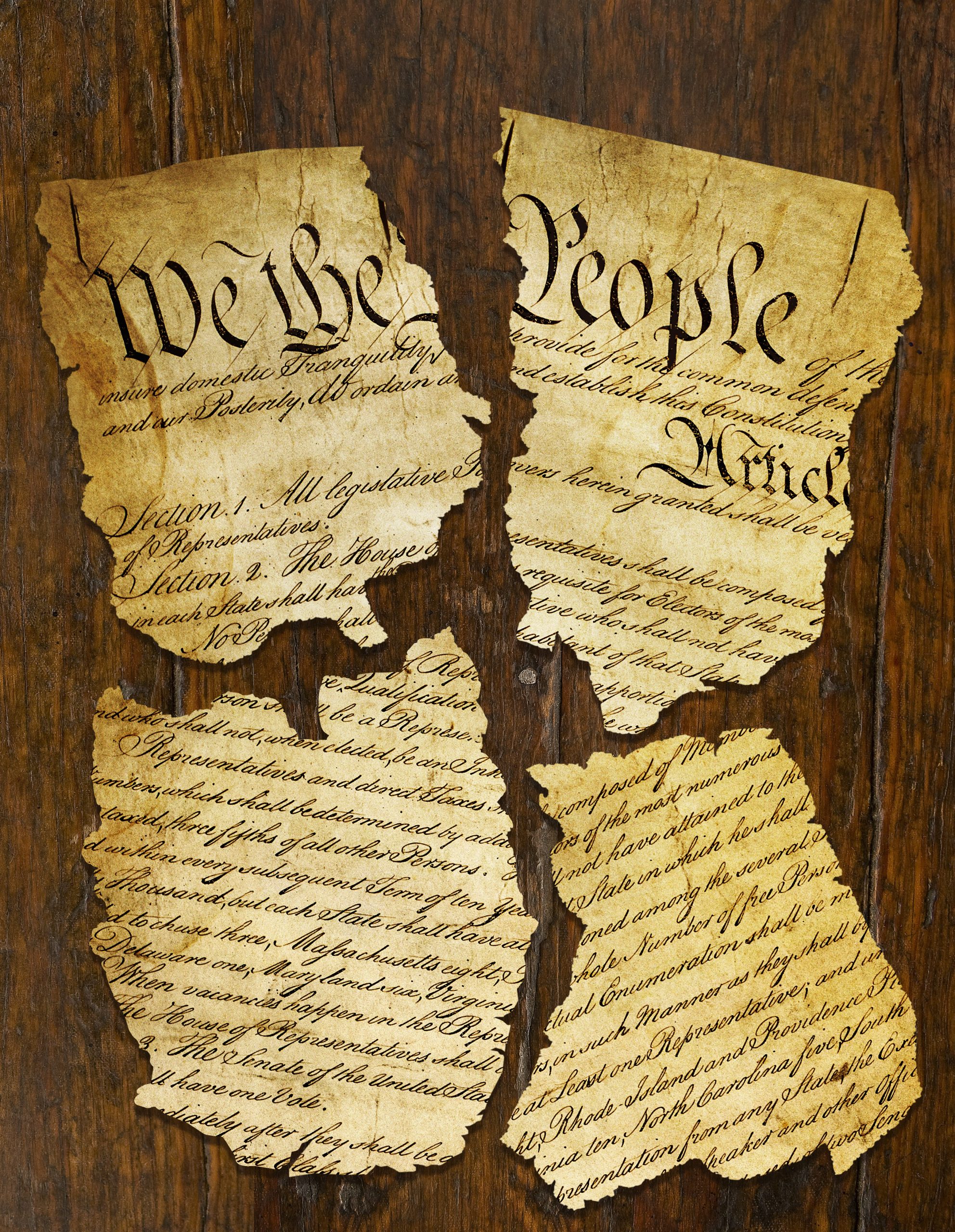 The new constitution is best understood by asking, in the light of the many new powers that a Democrat president has asserted and to which the Republican leadership has assented, what may the president of the United States NOT do, so long as at least one third of the Senate protects him from being removed from office. The answer is: “not much.” This amounts to a not-so-constitutional monarchy in which the king rules unless and until he is replaced by another, just like him.

Quite simply, our ruling class behaves as if the Constitution of 1787 no longer exists, and as if the words of laws merely authorize the powerful to “do anything I want.” Thus in 2013 no one took seriously the fact that, no annual appropriations bill having been enacted, the US government had run out of lawful authority to do anything at all — not to collect taxes, to run courts or prisons, to fly airplanes, or to guard the White House. Instead, the ensuing “government shut down” ended up as a demonstration that the government could do whatever it wanted regardless of law with thin pretense about what it was doing.

Although the lack of lawful funds was due to the President’s refusal to accept any “continuing resolution” that did not include Obamacare, the ruling class — the Republican wing thereof very much included — blamed Republicans for that lack. Then, the government drew on money and authority that it did not have, and used it to inconvenience the public while blaming Republicans for those inconveniences. Meanwhile, taxes were collected, the White House was guarded, and the government did what it wanted as if no appropriations were needed to do it. All in the name of the rule of law.

This mockery had become possible because of an earlier one. As I have shown in this space, the bipartisan practice of consolidating all yearly appropriations into a single “omnibus” or “continuing” or “budget” bill makes a cruel joke out of mankind’s bottom-line safeguard of liberty, namely that government gets to spend only such money as may be voted by the people’s representatives. (In America, that means Art. I Sect. 9 of the Constitution of 1787). But these single spending bills force the people to choose between no government at all or one that is precisely as defined behind closed doors by whatever members of the ruling class are behind those doors. The Republicans just vie for a piece of the corrupt action.

President Obama has extended the mockery of our nominal Constitution to all other laws as well. Article II, which is the sole lawful source of his powers, requires to him to “take care that the laws be faithfully executed.” But Obama, routinely and on principle, has chosen which laws or parts of laws he supports or opposes. This is the heart of the constitution of 2014.

It happens that the laws he has chosen for this treatment are important in themselves. The 1996 Defense of Marriage Act, for example, had resulted from a major national dialogue on a matter fundamental to all. Obama took it upon himself to undo it, contrary to his Constitutional duty to uphold it. The 2010 Obamacare law had gained enough support to pass — though ever so barely — by awarding and imposing certain privileges and penalties. Since its passage though, Obama has simply enforced and non-enforced privileges and penalties substantially different from those that are in the law that is on the books.

But these laws’ substantive importance pales in comparison with the principle: the President of the United States now quite simply rules as pleases him and his supporters.

Now, nothing stops any president from decreeing that Congress must pass higher taxes or borrow more to fund, for example, the bailout of the health insurance industry. And if any elected representatives refuse, he can threaten to blame them for shutting down the government, confident that Republican leaders will, once again, blame whomever refuses to bend to the new constitution.

This Progressive constitution has long been gestating within our ruling class’s habits. Increasingly since the 1930s, our lives have been run by administrative agencies that make, administer, and apply regulations as they see fit rather than by laws that Congress passes, that the President administers, and that only courts and juries may force onto individuals. The Supreme Court has shaved away to nothing the distinction between law and administrative decree. Today’s so-called laws are in fact grants of power to bureaucracies. Thus when Nancy Pelosi famously said of the Obamacare bill that it had to become law (and hence turned over to the administrative process) before anyone could know what was in it, she was telling the truth about a bipartisan reality by then of long standing.

Note above all the thunderous silence of the Republican leadership, as it facilitates this process and looks forward to filling the shoes that they have helped Obama to expand. If the American people are to be spared the constitution of 2014, it will not be with the help of Republican leaders.

Where then is our republicanism to be found? Not in our constitution certainly, but merely in the spirit of our people. That would oblige even a despot to govern us republicanly. Owing to this spirit, and to nothing in the form of our constitution, all things have gone well. But this fact… is not the fruit of our constitution… Our functionaries have done well, because generally honest men. If any were not so, they feared to show it.

Unless “the spirit of our people” manages to put some honest fear into the hearts of both parties’ functionaries, we will deserve the constitution of 2014.

To Keep America Will Be to Keep Its Balance

A Learned but Dismissive Take on Conservative Constitutionalism

It is disheartening to realize that the academic Left can’t conceive of conservative constitutionalism as reasonable or intellectually defensible.

Reducing a Mountain to a Molehill: The Media, Executive Power and Denali