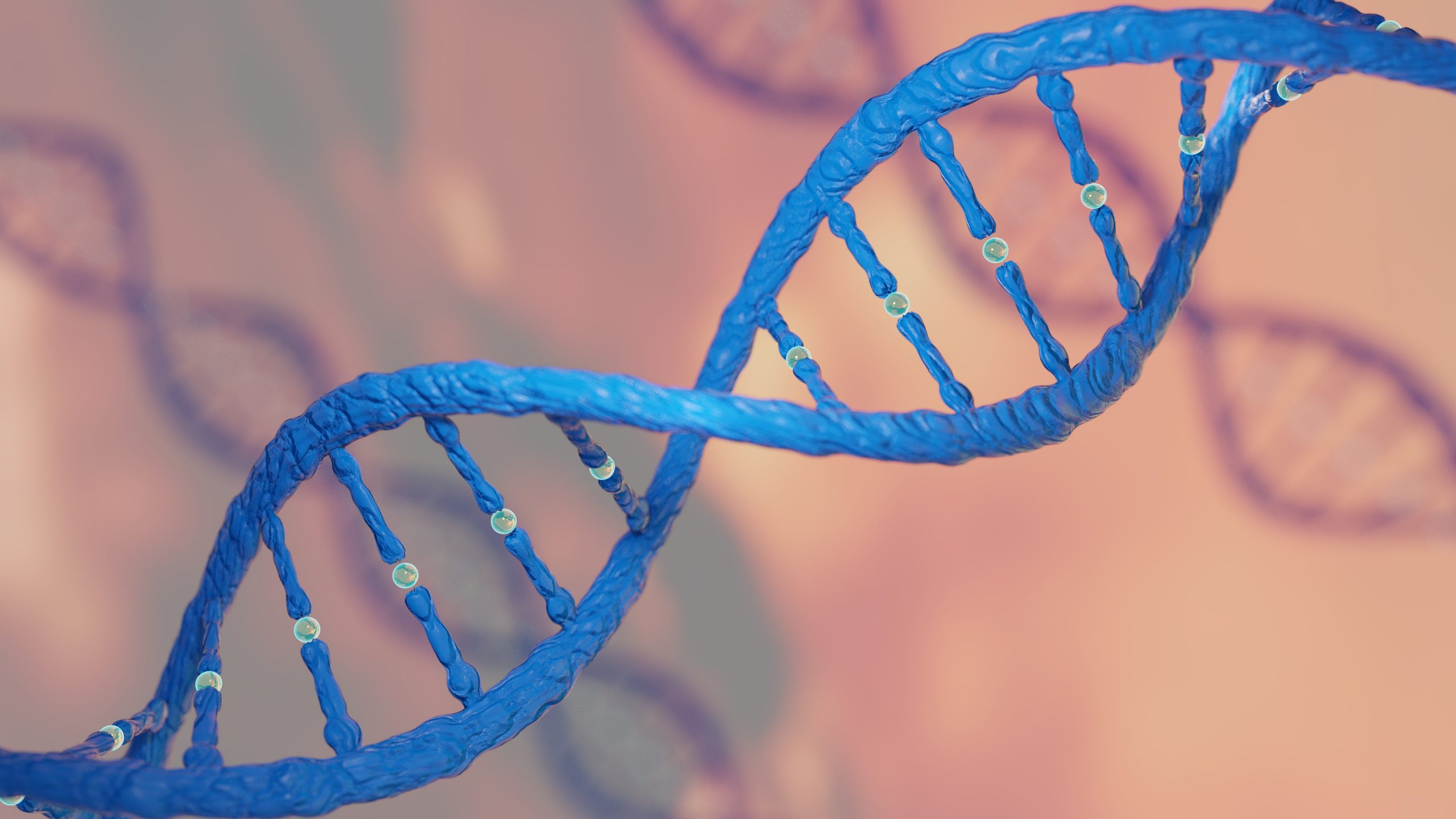 A new use for a still relatively new gene-editing technique is creating quite a stir. Through it, writes Melissa Healy of the Los Angeles Times, “scientists have rid human embryos of a mutation that causes an inherited form of heart disease often deadly to healthy young athletes and adults in their prime.”

The breakthrough here may be as much on the moral as on the technical front. “For the first time in the U.S.,” writes Amy Dockser Marcus in the Wall Street Journal, “researchers said they had edited viable human embryos to correct a disease-causing defect, avoiding problems that plagued previous efforts and stoking concerns that advances in the lab are outpacing public discussion about the ethics of gene editing.”

What’s all the fuss about? It looks like medical science is just developing one more weapon in its arsenal, in this case a gene-editing technique called CRISPR or Crispr-Cas9. The goal is a charitable one: to cure disease. That, in any case, is the argument put forward by those who would like to gain society’s acceptance of using heritable gene-editing on human subjects. In the well-respected journal Nature, where the CRISPR researchers first announced their breakthrough, the authors estimated that there are more than 10,000 diseases caused by a defect in a single gene, affecting millions of people around the world.

That’s a lot of good that could be done. What exactly are these public discussions of ethics, which usually means pretty obscure discussions among professional bioethicists, supposed to be about?

Up to this moment, American researchers have been very cautious about experimenting with human gene-editing when the resultant modification would be inherited. Indeed, the federal government prohibits the use of federal funds for research on human embryos. The Food and Drug Administration is prohibited from approving clinical trials of heritable genetic modifications. But the international team of authors who did the research in the present case followed a more permissive set of guidelines that were promulgated earlier this year by an international team put together by the National Academies of Sciences, Engineering and Medicine.

According to the Washington Post’s Joel Achenbach, the National Academies panel “urged caution in applying CRISPR to human germ-line editing but laid out conditions by which research should continue.” The panel “did not recommend an absolute prohibition of gene editing on the human ‘germline’ if such interventions can be proved safe.” Instead it took “a slightly more permissive, forward-thinking position, saying that, if and when such interventions are proved safe—which could be in the near future—and if numerous criteria are met to ensure that such gene editing is regulated and limited, it could potentially be used to treat rare, serious diseases.”

Achenbach quotes biologist Richard Hynes of MIT, a leader of the panel: “We say proceed with all due caution, but we don’t prohibit germline, after considerable discussion and debate.” Added the biologist: “We’re talking only about fixing diseases.”

Paraphrasing Hynes’ colleague on the panel, Alta Charo, a professor of law and bioethics at the University of Wisconsin, Achenbach also writes:

The list of criteria that would have to be met before going down that road is a long one . . . For example: The intervention would have to replace the defective, disease-causing gene with a gene already common in the human species. There would also have to be no simpler alternative for parents wishing to have a healthy child. And first and foremost, there needs to be more research to show that such modifications are safe and target well-understood genes.

“We are not even close to the amount of research that we need before you can move forward,” Charo was quoted as saying, in a news release called “Editing the Book of Life” on a CRISPR-related web site.

So here we are, only a few months later, moving forward on research that is not approved by federal regulation but that will open the door to yet more research, which will eventually be necessary to show that “interventions” of this sort are “safe.”

The safety of the intervention for sperm donors is relatively well understood; the safety for egg donors is considerably less obvious, but that is another story. The “safety” of the embryo is not even a question, really; at this experimental stage there was no plan to implant it, and it was presumably destroyed.

But of course the National Academies panel’s concerns about safety are really about showing that the genetic modification is safe for the individual being modified. About that, we presently know nothing. So far as I know, there is only one way to establish safety in this sense: Eventually, somebody will have to let a genetically modified embryo grow up into an adult human being whose life and health can be observed with the goal of finding out whether the experiment was a success or not.

Indeed, multiple such test subjects and follow-up studies will likely be required, replicating the early days of in vitro fertilization. Those experiments will be, in the spirit of the National Academies guidelines, hedged about with all kinds of things that sound like safeguards but are really the boxes that researchers will need to check to pass muster for ethics panels and regulators. After all is said and done, the “first and foremost” criterion for continuing down the road of more research is: more research. In the end, to establish that this gene-editing is safe, researchers will have to act as if they already know it is safe. That kind of willingness to perform experimentation on human subjects is the second step in these stories pointing to our genetic future.

Once you get to step two, step three is easy. Shoukhrat Mitalipov of Oregon Health & Science University, one of the lead CRISPR researchers, told Achenbach of the Post “that he is conscious of the need for a larger ethical and legal discussion about genetic modification of humans but that his team’s work is justified because it involves ‘correcting’ genes rather than changing them.” Mitalipov said: “Really we didn’t edit anything. Neither did we modify anything. Our program is toward correcting mutant genes.”

Yes, we need to have that ethical discussion—one of many that scientists and engineers have learned, as if by rote, to say that we need to have. But here’s the beauty of it: we really don’t! Because really we haven’t done anything! We edited without editing, we modified without modifying. We took out a mutation—you know, like those rampaging mutants you see on television or in the movies? Surely you don’t need an ethics panel to tell you it’s okay to take out those suckers. Charo adds, “no matter what anybody says, this is not the dawn of the era of the designer baby.” The medical and ethical professionals just have to “educate” people to understand what is “really” going on. Designing your baby not to have a genetic illness it might otherwise have is not designing your baby. Not bringing a “defective child” into the world is just being a “responsible parent.” It is refusing to play the “genetic lottery.”

If we want to know where on a slippery slope we really stand with this latest triumph of CRISPR genetic editing, it is best to turn to the late, great Richard John Neuhaus. Wrote Father Neuhaus:

If a certain measure is proposed, and if there is theoretical license for doing it, and if it is technically doable, and it is in the felt interest of those who are in control of the technique, why should we think it will not be done?

The measure proposed is the elimination of single-gene diseases. The theoretical license for doing it is the charitable concern for human health and well-being, for comfortable self-preservation. The technique required is apparently doable, the major reservation being a charitable concern for human health and well being, that is, safety. That concern is not extended to the embryos that are subject to experimentation, only to the born human beings who are their telos. So when these two charitable impulses clash, the latter will triumph over the former in the name of “curiosity-driven research” or “You can’t stop science” or “If we don’t do it, they will.”

In sum, it will certainly be very much in the interest of those who control the technique to act as if it were safe in order to establish that it is safe.

So let us not kid ourselves. All bland assurances about debates, regulations, and safety aside, this research program is a done deal, as are the therapeutic applications that will follow if it looks like the research is panning out. And then, with all we have learned from it, we will move on to more complex genetic diseases. And then we will move on to addressing stigmatizing physical conditions.

Over time, our view of what is a serious deficit of human health, appearance, or ability will grow more and more refined as our powers to redesign our genomes increase. The same three-step argument will play out again and again: We just want to cure disease, we just want to do the research that will make sure the cure is safe, none of this is really any big deal if you look at it from the right angle. Bit by bit human beings will become designer products, and the Designers will hold sway with all the attendant problems of such an elite pointed out long since by thinkers as otherwise diverse as C.S. Lewis, Aldous Huxley, and Bertrand Russell.

That is, unless we all upload our brains into robots first.

The Vicar’s Revenge: The FDA, the New Regs, and Freedom up in Smoke