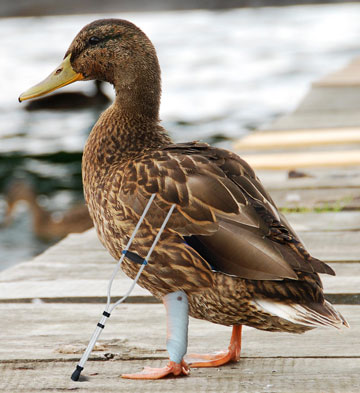 Last Sunday in The New York Times two Yale law professors extolled the unilateral authority of lame duck presidents and urged President Obama to act unilaterally as much as possible. The President does have some unilateral powers in foreign affairs and a few unilateral domestic constitutional powers, like the pardon power, as well as his authority to supervise administrative agencies within their own bounds of legal authority.

But the professors seem to have far more in mind. They write that:

[Lame-duck Presidents] have unprecedented capacity for unilateral executive authority. The great constraints on using that authority are re-election and the midterm congressional elections. But once those are over, the new end-of-term president is not a lame duck anymore. He is a new and more muscular animal altogether.

But the most important limitation on the unilateral authority of the President is the Constitution and that constraint does not change during the President’s term. The professors suggest Obama might use his authority to close Guantanamo Bay, but they offer no constitutional argument to justify his closing a prison against express congressional direction. Even absent a persuasive claim of constitutional authority, their notion seems to be that the President can effectively get away with more actions like closing Guantanamo: as a lame duck he will not face effective retribution from Congress or the voters because he is about to get out of Dodge.

This is an anti-constitutional and indeed anti-democratic sentiment. The Framers gave the President few unilateral authorities for a reason. The federal government has awesome powers, and it can generally act only by gaining the substantial consensus of the people needed to move a bicameral legislature as well the President. That a lame duck President faces few political constraints hardly releases him from constitutional limits on executive power.

The professors try to present their argument as bipartisan, arguing that President George W. Bush’s last two years as lame duck facing a Democratic Congress were his best. I am skeptical of the substance of that claim. The Bush administration’s unilateral actions to bailout companies increased moral hazard and thus encouraged inappropriate corporate (and union) behavior for years to come.

But be that as it may, expanded unilateral Presidential authority would generally be in the interest of progressives, who favor centralized authority, and not conservatives or libertarians. Constitutional checks and balances strengthen other institutions, like the market and state and local governments, which have the virtues of decentralized social ordering. As the Yale professors observe, with unilateral authority a President can use a stroke of his pen to commit the nation to actions that are hard to undo.

Unilateral decisions by the President will also increase partisanship, making it harder to forge the enduring compromises needed to govern a diverse republic. The more democratic and constitutional route is for President Obama to focus on areas of potential agreement with the Republican Congress so they can act together. The last Democratic lame duck President, Bill Clinton, agreed with Republicans in Congress to reduce the deficit. This action reduced partisan acrimony and put the nation on firmer fiscal footing that would eventually help it navigate the Great Recession.

Colleges get a Dose of Progressive Medicine