Even more than economics, political science is a study in tradeoffs. Alternative political institutions always offer upsides and downsides and, what is more, unlike the economic realm, political life offers no conceptual common currency like “deadweight loss” with which to compare different institutions. Localism is no exception to this rule.

Given Joel Kotkin’s full-throated defense of localism in this month’s Liberty Forum essay, I find myself in the unusual position of offering cautionary counsel about the merits of decentralizing power to local governments. While localism offers potential benefits, securing those benefits requires careful institutional design.

That share has remained at under 40 percent since the 1970s (figure).[1] When federal tax revenues are added to the denominator, local revenue share has fallen from about 60 percent of all U.S. revenues in 1902 to about 15 percent today. 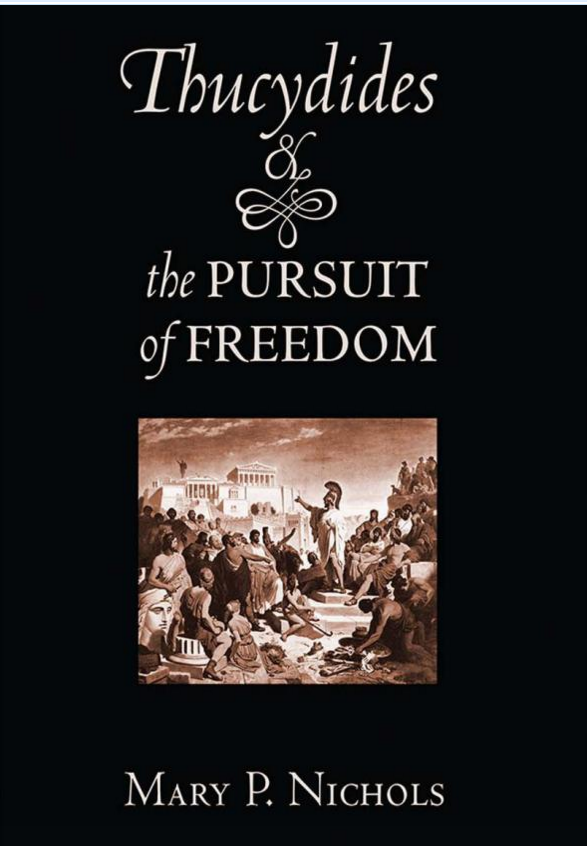 In most places, therefore, the Tocquevillian world of local initiative is moribund if not dead. New Hampshire is now the only state in the Union where town and city governments, including local school districts, raise more tax revenue than do state and county governments.

What have we lost as a result? Political economists chiefly talk about the advantages of localism under three headings: choice, competition, and information.

With lots of local governments responsible for providing public services, and for paying for them out of taxes levied on their own residents, people can choose the mix of public services and taxes they want by moving to a particular jurisdiction—a process called “Tiebout sorting.”[2] As the cost of moving falls to zero and the number of jurisdictions goes to infinity, citizens get policies they are perfectly happy with. Moreover, local governments’ having to compete with each other for residents and businesses puts pressure on them to avoid corruption and inefficiency, which cause their tax base to flee (an idea that was first published in a 1939 essay[3] by F.A. Hayek). Finally, local officials might simply be more knowledgeable about local conditions than central officials and better able to tailor public services to local needs and tastes.[4]

All these justifications of decentralization face counterarguments. The informational justification seems weakest. After all, central governments could gain the informational advantages of decentralization by simply posting central bureaucrats in local areas and telling them to survey the public there.[5] (True, the central government might not have the right incentives to respond to local needs if the area is not pivotal in central elections.) Decentralization skeptics also say that choice and competition are overrated. In the United States, local governments depend on property taxes, but property is immobile, and so taxpayers cannot easily flee bad public services or high taxes: Their property values will simply decline to capitalize fully the costs of local incompetence or corruption.[6] Moreover, there aren’t infinite jurisdictions, and mobility isn’t costless.

But whenever homeowners have a lot of say in local government, and it enjoys a high degree of fiscal autonomy (it normally doesn’t subsist on grants from higher-level governments), the evidence suggests that the prospect of a decline in their home values incentivizes many homeowners to participate in local government.[7] Thus Tiebout sorting is vindicated after all, just through a surprising channel: the willingness of the “homevoter” to take local government in hand.

Smallness Not a Benefit Per Se

Now, there is little evidence that the Framers of the U.S. Constitution thought about the benefits of federalism in these terms. The Federalist contains surprisingly few arguments in favor of federalism as against centralization, for Alexander Hamilton and James Madison largely took for granted Americans’ support for state autonomy. To the extent they did make an argument for federalism, it had largely to do with the benefits of dividing power so as to prevent a cabal in the federal government from ruling the whole nation unchecked.

More recently, Jacob T. Levy has noted that successful federations tend to have a small number of autonomous units, which are large and few enough in number to mount successful challenges against the center.[8] But having few large units militates against the choice and competition benefits of decentralization I mentioned.

Smallness is not a benefit in itself. One of the worst places on Earth is the tiny nation of Equatorial Guinea. Smallness does give local voters more say in government and more incentives to become knowledgeable about policy—but it can also bring with it stultifying homogeneity and conformity. Decentralizing power is only advantageous when there are enough jurisdictions to allow for substantial mobility and when there is a flexible enough institutional architecture to allow local governments to band together for important collective action.

The Example of Slavery

Effective localism also depends on some security for fundamental rights. Mobility helps, but mobility alone may not be enough to secure these rights. For instance, U.S. federalism allowed at least half of the country to abolish slavery before unitary Great Britain did; it also allowed those who were enslaved to escape to free states. The unconstitutionally centralizing Fugitive Slave Act of 1850 put a stop to these escapes. Later, African Americans fled the Jim Crow South by the millions, causing the Southern business community to press their state governments to relax the system.

Mobility would have been even more effective had the federal government not promoted racial segregation in its hiring and housing policies. Still, mobility alone probably could not have brought about the collapse of slavery and segregation as quickly as central intervention. Courts especially have a role in preventing local governments from violating fundamental rights.

Local governments also need to be restrained from creating problems for people who live outside their boundaries (“externalities”), including restrictions on mobility. The problem with the zoning regulations that Kotkin defends is not just that they violate the rights of local property owners, but also that they impede Americans’ ability to move to opportunity, imposing  costs—sometimes severe ones—on people who live outside the borders of the jurisdictions that enact them. Exclusionary zoning is a way for homeowners to transfer to themselves wealth from local owners of developable land and future homebuyers.

State and regional or county governments should limit nakedly rent-seeking forms of zoning. One way they can do this, in fact, is by breaking up municipal governments—that is, by fostering more decentralization. Where there are many municipal governments, exclusionary zoning becomes far less effective.[9]

States should also prevent local governments from defining crimes and imposing incarceration as a penalty for offenses. Otherwise, gross injustices are likely to occur. Take someone who drives through a city with a loaded firearm or a marijuana joint that is legal elsewhere in the state but illegal in the city. The individual could be arrested and imprisoned for a perfectly innocent act. Americans should not have to shoulder the burden of knowing the intricacies of criminal codes in every town and village they pass through.

Decentralizing the power to define and provide public services can be counterproductive, when the funding for these services comes from a higher-level government. It can tempt local governments to overspend and later come begging for bailouts.[10] Fiscal decentralization needs to be symmetrical on both the spending and tax sides of the budget.

Currently, local elections are often dominated by insiders, leading to poor democratic accountability and demonstrably bad policies. (Not that low turnout always proves insider influence; voters might be staying home simply because they are satisfied with the way things are going.) One reason for low turnout is that often local governments lack real power in the areas where it’s proper for them to have it. State governments can address low turnout in localities by scheduling local balloting to coincide with state elections.[11]

As for state elections, these suffer from a different problem: Their partisan nature (everywhere other than Nebraska) leads voters to use them as a referendum on the incumbent party in Washington, D.C.[12] Voters apparently do not pay attention to what their state legislators are doing and do not reward their good performance or punish their bad performance. As Steven Rogers puts it, state legislators’ “electoral fates appear to be largely out of their control.”[13] Moving to nonpartisan elections might help, but that reform would also take information off the ballot, possibly leading to even worse outcomes. Better than this would be for the political parties in the states to delink from their federal counterparts and rename themselves, as is the case in most of Canada. In that case, state legislators’ party label would no longer be a cue for referendum-style voting and would signal to voters that they need to get more information on the party and its state-level performance (or to abstain if that information is lacking).

These considerations are just the beginning of a thorough investigation of the tradeoffs of decentralizing power to local governments. Details matter. Merely championing “localism” can do more harm than good.

Above all, we should not expect localism to survive if it is a mere norm rather than a legal constraint that politicians see private advantage in respecting. Ideological politicians will always find it difficult to resist the urge to impose their will, no matter the level of government at which they serve. Conservative state legislators reasonably fear that if they were to let progressive cities have their way, progressives would not reciprocate when they gained control of the legislature, and vice versa.

The traditional answer to this conundrum is to establish state or local powers in a constitution and give an independent judicial branch the power, through judicial review, to police the boundaries of these powers. This solution doesn’t work, unfortunately. Courts have shown little interest in actively restraining the legislative and executive power of higher-tier governments by striking down often-popular legislative and administrative enactments on the grounds that they encroach on the exclusive powers of lower-tier governments.

A more realistic way to police the boundaries of decentralization is to rely on the political activism of a distinctive and powerful region that demands autonomy in order to realize the policy preferences of its electorate and to express respect for its identity. Canada, notwithstanding its centralized constitution, is now more decentralized than the United States in large part due to the demands of French-speaking Quebec, which other provincial governments have taken up out of mimicry and the desire to be treated as equals.

How could Quebec’s distinct role in the Canadian federation be transferred to U.S. local governments? Perhaps the “exit option” is the most radical form such emulation could take. According to the U.S. Constitution, a local government must get the consent of both state legislatures and the U.S. Congress to transfer its allegiance from one state to another. But perhaps states should establish laws generally allowing such changes whenever they are strongly demanded by a local electorate. Having the option of secession could give local jurisdictions the power to demand more autonomy from their state governments.

[3] F.A. Hayek, “The Economic Conditions of Interstate Federalism,” in Individualism and the Economic Order (University of Chicago Press, 1948).

The zoning regulations that Kotkin defends violate the rights of local property owners, and they impede Americans’ ability to move to opportunity.

Do Americans Want to Be Involved in Local Governance?

Up or Down with Localism?

We the People of the United States: The Madisonian View