Media coverage of the contraceptive-mandate case has emphasized the red herring of whether for-profit corporations like Hobby Lobby can assert constitutionally or statutorily protected religious beliefs (see, for example, here). David Catron has a piece at The American Spectator correcting that specious formulation, noting that the question before the Supreme Court is not whether corporations can claim protection under the Free Exercise clause but rather whether individuals relinquish theirs simply because they adopt the corporate form. 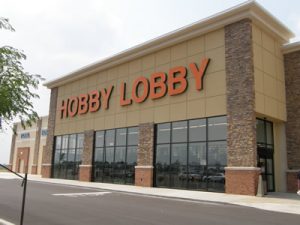 The 10th Circuit decision in the case makes quick work of the question, noting that the Green family, owners of Hobby Lobby, clearly organized the business around religious principles well before the HHS mandate. Moreover, the Dictionary Act’s definition of “person”—the protected category under the Religious Freedom Restoration Act—plainly includes corporations. Testing the religious sincerity of a publicly owned corporation would, the 10th Circuit further observes, present novel and difficult questions—but those are not at stake in the case of Hobby Lobby, which the Greens own.

A concurring opinion from Judge Harris Hartz of the 10th Circuit lucidly dissects the nature of the corporate form, noting that nothing about an individual’s decision to limit personal liability entails forgoing his or her Free Exercise rights. While the corporate form may impose particular obligations, he observes, it does not involve the forfeiture of all liberties.

Corporations, to be sure, are artificial. They exist to further the public good. But on the Founders’ understanding, all rights, regardless of who holds them, are regulable to promote the public good—save, however, one: conscience. The reason, as Madison, following Locke, argues, is that no good could rationally be served by its limitation. For the Supreme Court, this really ought to be an easy one.

A Tyranny of Health?

Forgiveness as a Political Necessity

Of Markets and Gentlemen: Burke’s Economics

The Republic of the Common Core

The Road to Progressive Dhimmitude

Religion in the Courts and the Trick-of-the-Eye

A Tyranny of Health?

Forgiveness as a Political Necessity

Of Markets and Gentlemen: Burke’s Economics