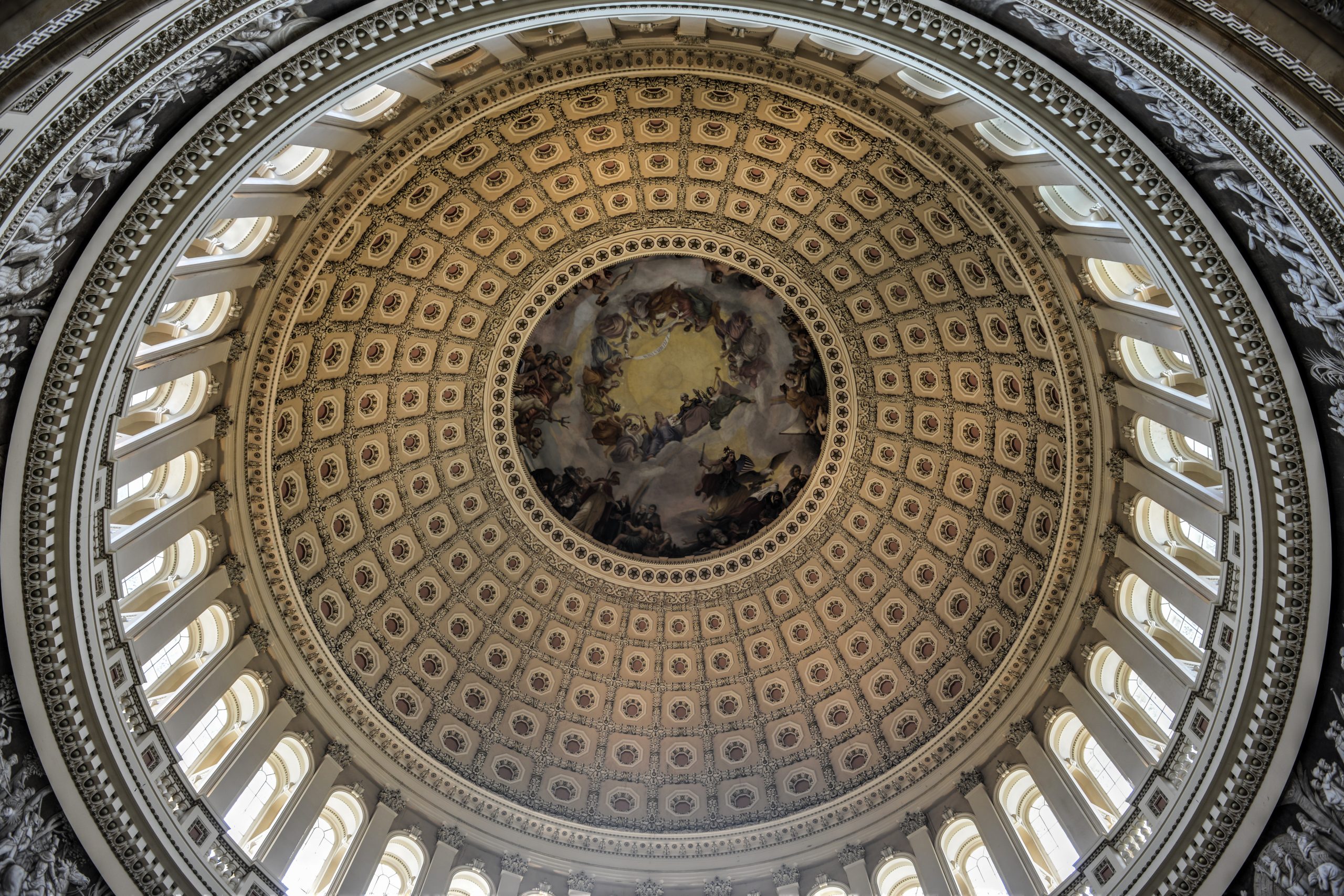 James Madison famously sketched an invisible-hand theory of institutional competition in The Federalist No. 51. The separation-of-power system of the US national government aimed to harness the self-interest of politicians in the separated branches to promote the public good rather than threaten it. The system would use the power-hungry inclinations of politicians in each branch to counteract any power grabs by politicians in the other branches. This would limit the national government’s power overall despite the possibility that politicians in all of the branches would desire to accumulate power for themselves.

[T]he great security against a gradual concentration of the several powers in the same department, consists in giving to those who administer each department the necessary constitutional means and personal motives to resist encroachments of the others.  . . .  Ambition must be made to counteract ambition. The interest of the man must be connected with the constitutional rights of the place.  . .

This policy of supplying, by opposite and rival interests, the defect of better motives, might be traced through the whole system of human affairs, private as well as public.

Despite this system being in place, today analysts on all sides of the political spectrum worry about the expansion of presidential power. What might explain the gradual shift in relative power from Congress to President from the 19th Century to today?

There are undoubtedly multiple causes. But a sufficient cause for this shift could lie in an obvious feature of each of the institutions: Congress is a plural legislature while the President is a unitary executive. And this feature, given enough time, is sufficient to hobble the ability of Congress to maintain checks and balances over the presidency.

Legislators (and their staff) divide their time between activities that create goods directly for the particular legislator – constituency service, home district activities with an eye to reelection, etc. – and activities that create goods that are public among legislators. Legislation has a public-goods like quality. One legislator can specialize in a policy area, spend time drafting legislation, introduce and shepherd it, etc. But all constituents benefit from enacted policies, usually without knowing the legislator who initiated the policy.

If supplying checks and balances to the executive is indeed a public good among legislators, then standard rational choice theory predicts that the good will be undersupplied relative to the optimum for the legislators as a whole.

On the other hand, the President, as a unitary executive, obviously faces no intra-institutional collective action problem. Any presidential activity invested in maintaining the prerogatives of the presidency, or invested in checking any congressional overreach, inures to the benefit of the President. As a unitary executive, there is no free riding. So Presidents invest the optimal amount of time and effort to checking and balancing Congress, while Congress undersupplies checks and balances to the President.

Over time the prediction would be that, ceteris paribus, Congress would gradually lose power to the Oval Office.

To be sure, everything is not always equal. Congressional committees can reduce free-riding incentives, leadership strategies. Legislators, such as the late Sen. Robert Byrd, who carved out a role for himself seeking to protect congressional prerogatives, etc., can do the same. At the same time, there have been changes over time that increase incentives for congressional free riding. The rise of the permanent campaign in modern times places a premium on time and effort spent on constituency services and campaigning in the district. This shifts relative rewards to legislators for “private” constituency-related activities relative to activities that supply institution-wide benefits.

Over the long-run, in a Madisonian world of competition of political power, we would consequently expect a plural legislature gradually to lose out to a unitary executive, because Congress faces a collective action problem that the President does not face. At least that would be a sufficient cause for the graduate shift in relative power between the two institutions.

Platonic Advice for the University Cosmopolitans

The Supreme Court should have made members of the SEC subject to presidential removal, and this failure is the central mistake of Free Enterprise Fund.