What if American Exceptionalism, properly understood, really boils down to associational liberty? This question seemed apt after my read of the current volume of the excellent journal for all things philanthropy, Conversations on Philanthropy. This volume is a series of timely and historical reflections on law and philanthropy.  Of pertinent interest to me are two essays: Bill Dennis’ “A Radical Reform for Nonprofit Tax Exemption” and Steven Grosby’s “Philanthropy, Law, and Associational Liberty: A Few Remarks on Gierke’s Genossenschaftsrecht.” I want to discuss Grosby’s essay here, but before I do that, the epigraph from Dennis’ essay by Richard Cornuelle is worth repeating in part: The foundation is an instrument forged by citizens who transfer profit from the commercial sector and put it directly to work as risk capital for the general betterment of society. To say or imply that the foundation exists only on the sufferance of government is to reason from the premise that the government is the whole of society.

This statement speaks directly to the central problematic feature of politics in the late-modern age, a feature that Grosby’s essay treats extensively, namely, the assumption that the moral good of society is owned and defined by the state with no exception.  Grosby contends that liberty, when it is rightly understood, must, of necessity, concern associational liberty or the rights of citizens to form entities with existing legal personalities that can exercise judgment and direction of their own affairs apart from the state. Discussed at length by Grosby is the work of German legal scholar Otto von Gierke who focused on this crucial aspect of liberty that found protection in the common law. But why would associational liberty be of such significance to liberty? 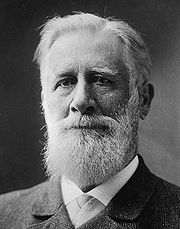 Shouldn’t the individual be supreme, after all, group oppression can take place in private associations just as easily as it can by the state? This problem might have special significance when we consider that private associations can have their own soft power within a profession, community, or enterprise, and can effectively block the advancement of the ‘outs.’ Or maybe it’s our status as relational beings and the ever-proliferating groups we form as a result that is really the best way to deal with such situations rather than the thunder of the public law. In any event, according separate treatment or special treatment to philanthropic associations is a problem of some difficulty under the modern understanding of state sovereignty and, Grosby notes, the general requirements of the rule of law.

I think adding to these considerations is Gierke’s notion of Genossenschaftsrecht or “fellowship” and its understanding of the connection between philanthropy and associational liberty as “self-help of the people.” The key is initiative. This means that individuals in groups are driven by initiative to remedy or address problems in their communities. This “enhances individual existence” both for those helped, but just as important, for those who have exercised initiative in groups.  But this initiative is really an underlying statement about what it means to be a human person, according to Gierke. Our meaning is in our openness to the whole and the acts it leads us to commit in our local environment. We start to modify it based on our reckonings and reflections, which take place with, as much as they might transcend, our immediate place. Such action will inherently take place with others.

But if Gierke’s initiative is a statement on human action, freely made, then Grosby notes, it must also translate into a responsibility to develop ourselves in concert with others. That is to say, we become less if we cede our initiative to modify our environment to another entity or if we are forcibly prevented from so acting. The problem is acute, per Gierke, with the modern state and its moral goals for the public welfare. Will the sovereign’s definition of the public good eventually bury independent associations and their pluralist conceptions of self-help?

Roman law, Gierke observed, had no separate conception for the autonomy of associations and enforced the sovereignty of the state against any special laws of particular groups. The modern-state reified this with its notion that the public moral good was its sole province. Associational liberty may be suffered to exist, but as the state has ownership of society, no real legal density will be accorded independent groups of citizens. For Gierke, there was no ancient-modern split, but an ancient-modern conjunction around the denial of actual legal status for associational liberty. This means that, ultimately, under ancient and modern political forms man’s meaning is contained within the state.

Against this, Gierke argues, is the common law and its abiding principle of “the law of the land” that is higher than the king. We might add that our constitutional republic actually makes it improper to refer to sovereignty of the state. All powers have been delegated, defined and limited to specific purposes, there is only political sovereignty.  But this is getting harder and harder to say with a straight face, I think. However, what connects us with the ancient English constitution is that common law norms have a history of placing man above the state. But showing why this is true returns us to Gierke’s initiative and its notion that man is a being open to the truth about himself. This must always be emphasized to preserve freedom, rights. So the rule of law, which must be equal, general, and certain, must find a way to treat associations differently from individuals even if this might disrupt the state’s definition of public welfare.

How to Think About the Birth Dearth

The Dead Letter of the Law

Lawyers: From Mainstays of the Republic to Progressive Rent-Seekers

In earlier times, they had an interest in stabilizing our institutions and reining in our excessive political passions. Not any more.