The President was on television recently stumping again for his gun control agenda.  He spoke in his favored repetitive mode except for one sort of new flourish, which was the acknowledgment that there are good people on both sides, and we all need to walk a bit in each other’s shoes. This advice actually might illuminate our way through the coming teeth gnashing-debate about the Senate’s vote on expanded background checks, among other things.

First let’s acknowledge that everybody has a personal stake in the gun debate because it impacts our individual security strategies. This explains a good deal of the rancor. Our political fights are a kind of substitute war. The criminal lunatics who shoot up schools and malls are way too small to carry our collective anguish. So we pour big doses of that grief into fighting each other.  How else to explain opinion-makers writing that gun owners or the gun lobby or similar offenders should be outlawed, pilloried, or dragged behind trucks.

There are many styles of personal security calculations made in this debate.  At one end of the spectrum, the calculations of ardent gun owners are transparent and predictable.   They conclude that within the window of imminent threats, government is impotent and so they have to take care of themselves. This means among other things, having guns though hoping they will not need them.  It is not a perfect strategy.  It requires some discipline, skill and luck.   Significant impediments are laws that say you cannot own or carry one.  Most of these prohibitions have fallen for now and in the majority of American jurisdictions, trustworthy people can obtain permits to carry guns in public.  No real surprises here except that many find it bewildering why some gun people or anyone really, would oppose expanding the screening process to ensure that criminals and lunatics can’t buy guns in private sales.

The answer rests at the other side of the spectrum (yes there are lots of people in the middle but the issue is driven by the edges).  It grows out of the calculations of people who abhor guns. The individual security calculations of these folks are more complicated and ultimately not so transparent.  They would say that the best approach to public and private safety is for no one except government to have guns.   This approach depends on expansive laws strictly enforced, massive societal cooperation and government performing at high levels of efficiency. 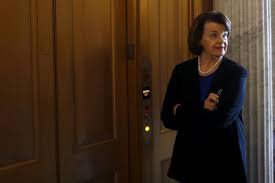 This approach has some superficial appeal, resting on the simple logic of no guns equals no gun crime.  But the curious thing is that many people embrace this strategy, actually live it on a daily basis, in the midst of a society saturated with guns.  Theirs are difficult and complicated shoes to walk in.  On one view, they are simply living in a fantasy world, in denial about the fact that Americans own 320 million guns and under the delusion that no one they know, no one who counts, no one sane, owns guns.   On this fantasy world assessment, these folks really might be satisfied with the President’s gun control agenda. This is an illusory system of not quite universal background checks even though most crime guns come from theft, and an assault weapons ban, even though it’s basically the equivalent of banning red cars on the theory that they are the fast and dangerous ones.  Because in the fantasy world one simply needs enough “data” or policy initiative to maintain the view that self defense with guns is unnecessary or even a bad idea.   So if people in Washington say that expanded background checks and 10 round magazine limits are the path to safety and security, then drink it in deeply and sleep soundly at night.

The problem is this view assumes people are foolishly naive.  I know some of these people and they are no fools.   So we must credit that their calculation is rational and thus a bit more complicated and less transparent. The alternative assessment is that the intelligent and fully rational hopolophobe  is deeply disappointed with modern American gun culture and committed to an agenda of profound change.  He realizes that nothing currently on the table pushes supply controls far enough to have any measurable impact on mass shooting or ordinary gun crime.  He also appreciates that things can change.  This must be his hope.

So what kind of regulatory agenda would it take to satisfy someone whose private security calculation is to abhor guns and hope that no one else (except government) has them either?    The answer was evident a generation ago when Howard Metzenbaum acknowledged the basic reality about gun bans, unless you ban all of them, you might as well ban none of them.  And that simple statement of the basic demands of supply control theory is at the heart of the objections to universal background checks.  This may seem like a big leap, but it is really just a few simple steps.

Even in theory, supply controls are either nonsense or window dressing unless you get sweeping reductions in inventory. Anyone who has thought this through must confront the fact that with over 300 million guns in the inventory, sweeping reductions in inventory are not plausible absent a system of registration. If you don’t know who has the guns, you can’t really get at them because our pesky fourth amendment would bar random or house to house searches.  So even if you passed sweeping gun bans, evidence from countries that have tried, shows that people who have guns that you don’t know about will just keep them, fueling a tremendous black market inventory that will make things worse.

So it turns out that the inventory of unrecorded, “no paper” guns, is a far stronger barrier against sweeping gun bans than any pronouncement of the Supreme Court or other such parchment limits. It is in fact a hard practical block that renders gun confiscation in America a pipe dream.  But this barrier is not insurmountable.

If you actually knew where the guns were, managed to get sweeping bans through congress, and got a slightly differently configured Supreme Court to nod yes, gun confiscation goes from impossible to at least plausible.  And while that scenario seems unlikely today, not so long ago, it was the openly articulated agenda of many of the people and organizations in the vanguard of the current battle.  And that helps explain the “bewildering” opposition to universal background checks.

Mandatory checks on all secondary sales, supplemented by some type of data recording (either open or surreptitious) means that within the life span of those alive today, the inventory of “no paper guns” (which again forms the hard practical barrier against sweeping gun confiscation in America) would evaporate.  So the objection to universal background checks, which in isolation many find unobjectionable, is really rooted in a fear of gun registration. And the objection to registration is really an objection to the grand ambition of sweeping supply controls.

The President probably understands all of this. Many people who casually answer yes to the question do you support universal background checks probably do not. But before the issue is settled, perhaps they will take a short walk in the shoes of those who have been fighting on this field for decades. Will they sympathize with the slippery slope to confiscation worry? Hard to say? But at least the President has invited them to think about it.  And if nothing else this may allow us to have a conversation about expanded background checks, which in some configurations many of us would support, without the screed that anyone who objects to the details ought to be dragged behind a truck.

Debates about gun control suffer from the fact that the most ardent proponents of stricter policies know so little about firearms and existing law.

Biden promises to fight crime, but his gun control proposals are examples of how public policy has become performative and imprudent.