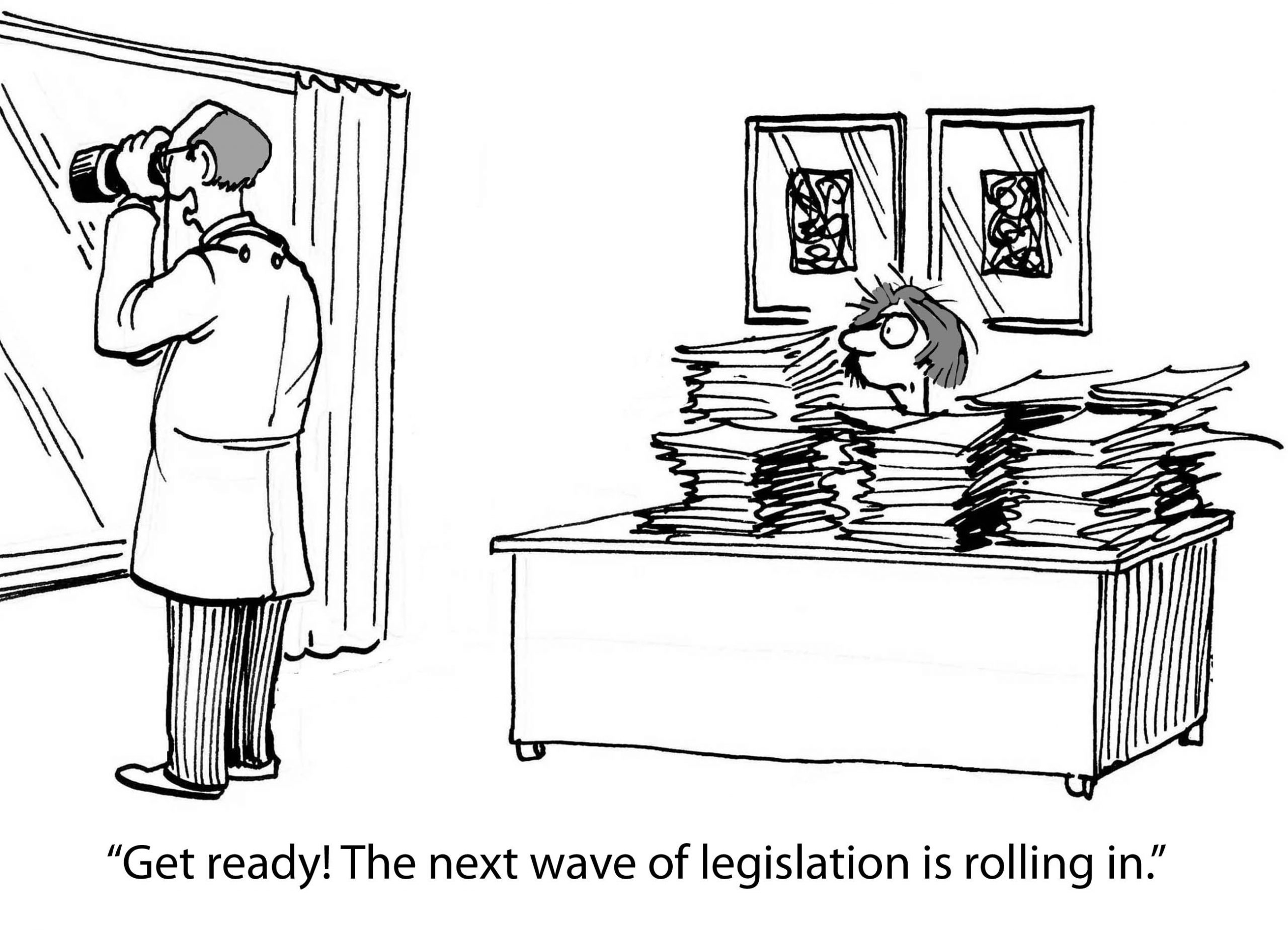 The psychology of legislative draftsmanship involved in the six words at stake in Halbig v. Burwell—“an exchange established by the State”—reflects a short-odds gamble that did not hit. The bettors first wanted the IRS to rescue them from the consequences, and now they want the courts to do it.

The gamble was that states, enticed by subsidies for their citizens or intimidated by the threat of losing Medicaid funds, would establish healthcare exchanges. The Obama administration is surely right that the whole idea of the Affordable Care Act (ACA) was that such subsidies be provided, and that the consequences that have ensued from those six small words were probably unintended.

On the other hand, the authors of those words—and words, after all, are the stuff of laws—placed their bet at a casino called federalism, a device that is not incidental to the constitutional design. That is what is at stake in this case, and that is why even those who believe the courts should give majorities a wide berth may be compelled to support judicial intercession to empower majorities—as expressed through the states—in Halbig.

The American regime features multiple majorities operating at multiple levels: federal and state; legislative, executive and judicial. They largely feature the same majorities—what Madison called, in the case of federalism, “common constituents”—reconstituting themselves from different perspectives.

As Steven Calabresi has noted, it is thus misleading to say the people spoke definitively and finally when Congress passed the Affordable Care Act. It was not definitive, since majorities of the same people acting through the states declined to behave as anticipated on the issue of implementation. Nor was it final, since the U.S. House of Representatives flipped in an immediately subsequent election in which the law was prominently featured as a campaign issue.

Of course, inviting the states to serve as censors of federal legislation is a dicey business on which John C. Calhoun did not get his way. The problem in this case is that federal legislators, ever eschewing the direct approach of simply enacting and financing what they meant to enact and finance, chose to pursue their goal through the mechanism of state legislation.

That makes the views of majorities as expressed through the state governments inescapably pertinent. Thus the significance of the ACA’s reference to exchanges “established by the State.” Its very nonchalance, which the ACA’s defenders say is why it should not be seen as frustrating the law’s design, is in fact the key to grasping phrase’s importance. It shows that the drafters simply assumed states would get with the program. That they did not reflected acts of majority will in 34 states, whose residents make up nearly 60 percent of the population.

Even for those uncomfortable with judicial resolution of policy disputes, Halbig therefore presents difficult choices. The Treasury regulation permitting federal subsidies—released two years after the law’s passage, in the interregnum between the argument in NFIB v. Sebelius and the Supreme Court’s decision striking down the Medicaid coercion by a vote of 7 to 2—can be seen as an executive measure designed to frustrate the will of majorities as expressed through states that were explicitly invited (indeed, were intended to be dragooned) to participate in this aspect of otherwise national legislation.

Incidentally, the Department of Health and Human Services’ web page on the law declares that the Supreme Court “rendered a final decision to uphold the health care law” in NFIB. What about that very much pending dispute at the center of the Halbig case—did HHS not get the memo? To invoke psychology again, it looks to be a case of denial (unless the issue is an inability to maintain this website, too).

Granted, in addition to federalism, important issues of legislative supremacy interior to the national government are involved in Halbig. As a panel of the D.C. Circuit noted, the question is whether the First Branch retains legislative authority as opposed to the Executive. For this reason, the courts ought not entertain the administration’s invitation to anoint themselves the technical editors even of poorly drafted legislation.

Nor are administration officials the interpreters of electoral results, such as the Republican takeover of the House in 2010 or President Obama’s reelection in 2012, either of which can plausibly be seen as a referendum on Obamacare. The will of national majorities is expressed under the constitutional order through their intermediary, Congress, subject to the President’s authority to sign or veto bills. The ACA, as precisely written—including the phrase at issue in Halbig—stands as the deliberate will of the public until it is dislodged or rewritten.

But so does the will of majorities expressed by the same people, through a different means: state legislatures that have declined to establish exchanges and whose assumed but unforthcoming participation was part of the architecture of the law. The six words at issue are the tipoff to that assumption. That makes Halbig a federalism case—and a rare one in that judicial intervention could empower rather than obstruct majorities.

In the pending Obamacare litigation, the plaintiff-states argue that Title II of the Affordable Care Act (“Obamacaid”) unconstitutionally “coerces” them to participate in a grand expansion of Medicaid. I’ve argued here and there that the plaintiffs will and should lose that argument. A terrific amicus brief by Vanderbilt Law School professor James Blumstein makes a powerful case on the other side. Ultimately, Jim’s brief doesn’t fully persuade me. But it comes very, very close on account of its recognition that Obamacaid’s crucial problem has to do with the bilateral risk of opportunistic defection from a pre-existing, quasi-contractual relation (Medicaid), not with some “economic coercion” story about federalism’s “balance” and the poor, pitiful states and their faithful public servants. (For ConLaw dorks: the key cases are Pennhurst and Printz, not South Dakota v. Dole or Steward Machine.) I hope to explain sometime next week; today, a few additional remarks on economic coercion. Read more

Greve on the state debt trap in three parts