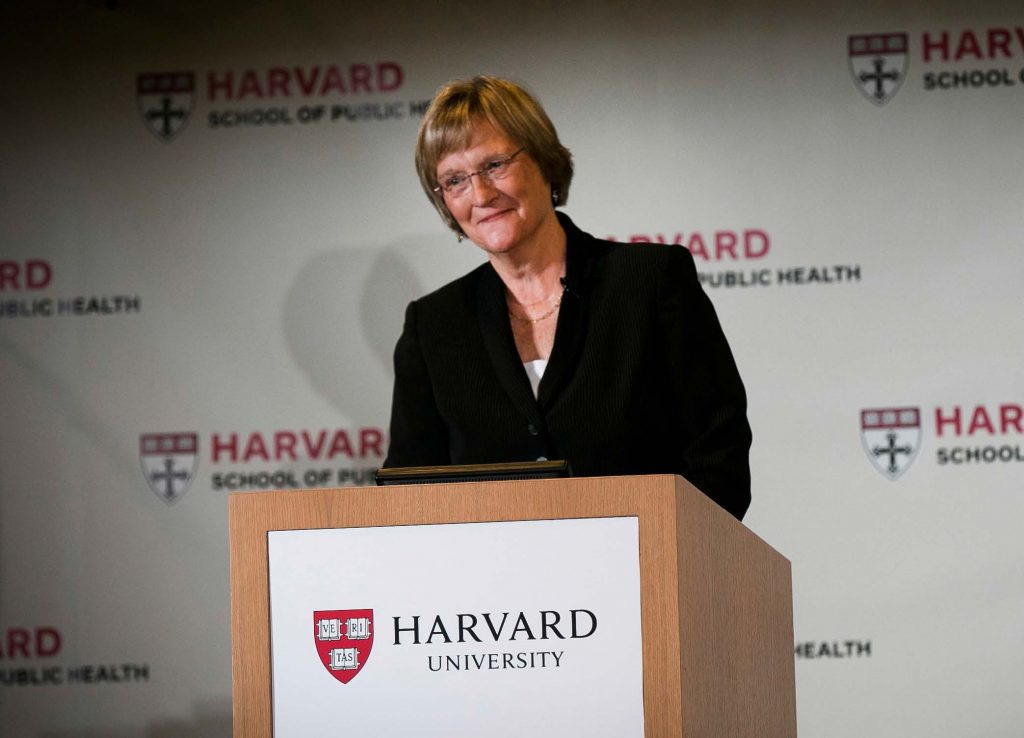 Drew Faust, the President of Harvard, devoted her commencement speech to free speech at Harvard and universities in general. First, she defended its centrality to a university’s mission of free inquiry; second, she asked why it had become such a contentious issue in recent years; and third, she made suggestions to strengthen it for the future. She deserves credit for the vigorous defense in the first part of her remarks at time when many university Presidents are missing in action. But the rest of her speech was shallow.

For instance, she suggested that it is the decline of religious, class and ethic homogeneity that has led to a renewed debate over the value of speech: “Once overwhelmingly white, male, Protestant, and upper class, Harvard College is now half female, majority minority, religiously pluralistic, with nearly 60 percent of students able to attend because of financial aid. Fifteen percent are the first in their families to go to college.”

Here she substantially exaggerates the homogeneity of the Harvard past, at least the past of four decades ago when I was a student. Many students, both male and female, were then on scholarship and the strongest religious influences on campus were Hillel House and the Catholic Chaplaincy. And yet there were not the same serious threats to freedom of speech and free inquiry of today.

Faust also suggests that it is not surprising that some minorities challenge free speech when their very “humanity, morality and ability” are “questioned.” But many speakers on campus today are shutdown even when they do no such thing. Heather Mac Donald is arguing for the value of black lives when she argues that Black Lives Matter is making it less likely that police will save these lives. Yet she has been subject to abusive heckling and outright silencing.

It is true that many free speech issues touch on race and ethnicity and thus one should look to what has changed in this respect.  Of course, there were some minority students when I went to Harvard.  But today there appear to be much stronger preferences for certain racial and ethnic groups.  While I know of no study that has quantified the degree of preference at Harvard today,  a study of elite law schools has suggested that the difference in standardized test scores now under one formulation may be as great as one standard deviation for some groups. That substantial average divergence can lead to a cohort of students who feel disgruntled because they are mismatched with their peers. This can be the case, even thought those admitted to elite universities by virtue of substantial preferences are intelligent people who can contribute a lot to society.

A personal thought experiment helps explain the problem.  As a high school student, I was excellent at math and good at science.   But I was not or at least not yet superb at either.   I would not have been accepted at Cal Tech and had I been accepted, I would have struggled.  And if Cal Tech had a program that gave substantial preferences to families, like mine, that had never had a professional scientist among their forebears, and created a critical mass of such students, we may well have become a quite angry cohort on campus, ready to feel slighted and prone to obstructionism. The effect would have been all the stronger if the university treated us as a separate category and appointed special administrators to become a vehicle for magnifying our discontent.

Moreover, the sharp departure from general principles of merit that strong preferences represent make it more plausible to believe that free speech principles should also be revised to facilitate the kind of good social causes that these preferences to purport to advance.  If one were only concerned about making the university the best possible instrument of free inquiry, a relentless focus on merit no less than free speech would appear to be best.

I am emphatically not arguing that the rise of racial and ethnic preferences is the only cause of the difficulties for free speech on today’s college campuses. But it is a more plausible contributing cause than Faust’s self-congratulatory shout out to the diffuse heterogeneity of the campus over which she presides.  In my next post, I will look at her weak ideas for strengthening free speech.

Can’t Words Hurt as Much as Sticks and Stones?