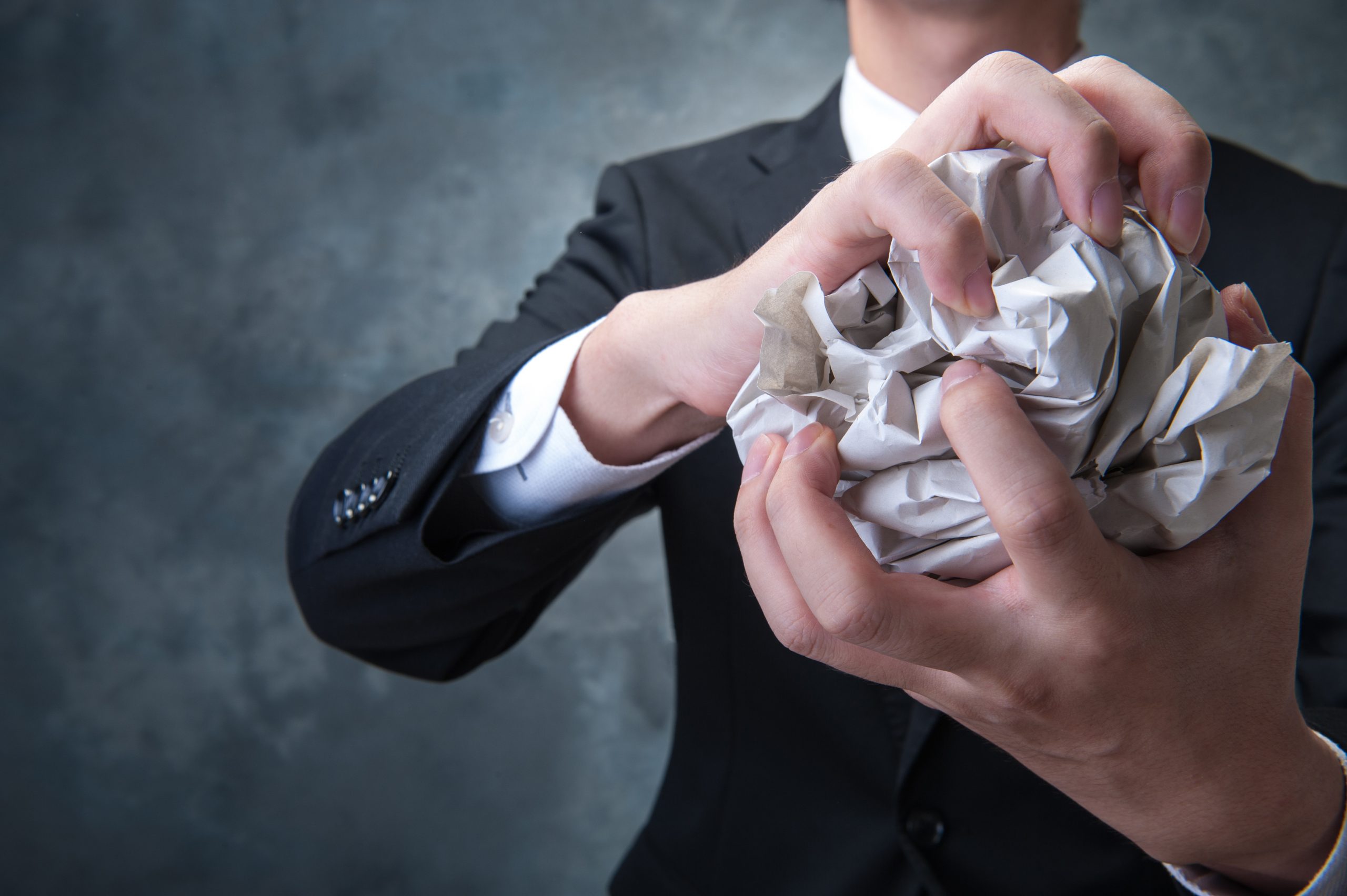 The latest venture to confront the new Donald Trump era is what Hugh Hewitt calls his “conservative playbook for a lasting GOP majority.” This is the subtitle of The Fourth Way, his new book. Hewitt, the Chapman University Law School professor, former Reagan administration official, and talk radio host, is everyone’s favorite nice guy—a charming media personality, fair-minded debate moderator, and the author, so far, of 17 books. This one is his most ambitious.

Mostly written before the author knew Mr. Trump would be elected, the book is nonetheless enormously revelatory for the uncharted period ahead. Hewitt advocates three traditional conservative priorities (appointing the right judges, building the military, and freeing the economy) but adds unconventional new ones, both of them consonant with the arrival of Trump on the scene: building infrastructure and immigration reform.

Hewitt sets new directions even for the traditional programs. He favors freeing the market but adds a denial that he is a “tax reform guy.” He especially assails what he sees as the “absurd ideological extremism” of the Wall Street Journal editorial page. The Journal’s capitalism, he notes, frequently opposes income-tax deductions for mortgage interest, for the payment of state taxes, and for charitable contributions as special-interest subsidies that impede market efficiency. He considers these ideas absurd because they would entail getting rid of deductions that are treasured by Trump supporters and traditional Republicans alike.

What is dearer to the members of the American middle class than their homes and, consequently, the tax break that they think makes it possible? What could be fairer than offsetting taxation by one level of government with taxation by another level? And what conservative could dislike the tax code’s incentives for giving to help the poor and needy, much less incentives for giving to support religious institutions? Such ideologically narrow tax efficiency is simply political suicide. The secret for taxation, Hewitt maintains, is not marginal rates but “simplicity” (which, unfortunately, is only vaguely defined).

Similarly, the nice-guy solution for entitlement reform is reasonableness and gradualness. But he is a bit more daring here. He would increase the retirement age to 72 over 10 years but only for people below the age of 54 today. He would change the inflation-adjustment measure but only moderately, “a few dollars a month” 10 years from now. Modest changes are proposed for Medicare, Medicaid, and Supplemental Security Income, too; and he recommends various tax incentives for investment. On the basis of his experience as former acting director of the U.S. Office of Personnel Management, he urges reasonable reforms of the bureaucracy.

The second group of proposals is much bolder still, with immigration heading the list. He supports a wall at the border and limits on immigration but he would then offer otherwise law-abiding illegal aliens the option of earning a “purple card” to legitimize their status. Once the wall was completed, no one could accuse President Trump of promoting amnesty, so Trump could afford to be more liberal than others. The Department of Homeland Security could not handle such volume, so he proposes that “regularization panels” be convened in every county across the United States, staffed by retired military officers who have the skills to evaluate who should be granted such cards. Purple cardholders would not, however, be eligible for full citizenship (including voting) unless they returned to their own country and stood on line for proper reentry.

Hewitt proposes a similar administrative solution to fixing our ailing infrastructure, promising a “different sort” of policy that is certainly different but reveals the problem with his whole outlook. He criticizes the Obama infrastructure program as wasteful and unfocused, simply pouring concrete rather than selecting worthwhile projects, and promoting “crony capitalism” by picking construction company winners and losers. Hewitt would instead have the federal government build a whole series of “Trump trophies” across the nation—tangible, visible, high-impact projects that would drive home to all citizens the concrete (excuse the pun) accomplishments of Trump’s infrastructure investments.

The author’s model here is the high-quality, community trophy ventures that were mounted during the New Deal, many of which are still visible and appreciated today. To support these projects across the nation would require only $33 billion (compared to the $80 billion proposed by the administration), he estimates, divided up and sent to nine-person voluntary local boards in (again) each of America’s 3,144 counties, to spend on local projects that these boards worthy of public support. The boards would operate under only very broad nationally set guidelines.

Hewitt justifies his idea for local infrastructure and immigration boards by invoking his 18 years of service on the children-and-family commission in the county where he lives in California, whose positive accomplishments he details. He is honest enough to admit that the commission has made “occasional expensive mistakes,” and concedes “mistakes will be made” if these infrastructure and immigration boards come to fruition. His expectation, however, is of overall success.

In this he truly earns his reputation for idealism, but not for conservative realism.

Assuming, against all experience, that Congress were to establish the boards and funding of projects precisely as Hewitt proposes, what would happen when the inevitable first expensive mistake is made, and then is repeated again in many other of the 3,144 counties? Congress would step in and take their power away. Hewitt tries to meet this objection by envisioning a grant of $25 billion to members of Congress who supported the proposal, to spend on infrastructure in their districts as they wished. What happens when “mistakes” are made in these (legally dubious) legislative slush funds, too?

Should troubles arise (and they would),  whether in the local boards, the congressional grants, or the immigration panels, his “very broad” federal guidelines would be tightened again and again, making them just like every other such national program over the years. Indeed, what sort of innovative proposal is it that is modeled on a century-old New Deal idea anyway? While the author describes his boards as “putting federalism and subsidiarity on steroids,” they would actually be national not local—as ever, he who pays the piper calls the tune—like the ones during the New Deal that were eventually dismantled by national authorities.

This tone-deafness to federalism is reinforced by a recent Hewitt op-ed in the Washington Post in which he blames governmental dysfunction and the resulting discontent on elected officials at the state and federal levels who he says ignore the rule of law. He offers two federal examples: Congress authorizing 700 miles of border fence but only appropriating funds for 100 miles; and Congress reauthorizing the Export-Import Bank but then refusing to approve nominees for its board.

His belief that Congress ignored the rule of law and violated the Constitution in these cases betrays an egregious misunderstanding of constitutional government. The whole idea of the Constitution is checks and balances between its institutions. The major power of the House of Representatives is appropriating funds, which is in the Constitution itself. With the tremendous increase in the size of government after the Civil War, Congress was forced to separate the authorization and funding processes as a further internal check. Authorization of a fence is part one; an appropriation is necessary to actually build one.

The second decision is completely different from the first. Changing course is not, in other words, breaking a promise. Likewise the Senate’s most important power is approving or rejecting executive and judicial branch nominations. Not appointing officials is a completely legitimate way to limit presidential power. These checks are how the Constitution has worked for the past 150 years and their operation cannot be blamed for today’s discontents.

In responding to the Hewitt claim in the Post, constitutional analyst Joseph A. Morris noted: “The Supremacy Clause on its face binds only State judges; to the extent, then, that a State court has jurisdiction to adjudicate matters arising under Federal law, then it must apply Federal law to such matters. But when it comes to binding State legislatures and State executives, the case law is pretty clear: State legislatures are free to legislate in a field as they please unless Congress, acting within the scope of powers delegated in Section 8 of Article I, pre-empts the field; and State executives still don’t have to enforce Federal laws against their will, and even then they may require the Federal Government to pay the bills for it. Where jurisdiction is concurrent, each government is on its own, if it pleases.”

Hewitt’s idealistic enthusiasm produces interesting proposals but his major changes represent a rejiggering of tired old New Deal concepts that did not even survive the New Deal. He ends up supporting even the crony capitalism of the Ex-Im Bank, dismissing as making “ritual sacrifices to the Austrian school” deference to real experts on rule of law such as Nobel Laureate F.A. Hayek, and thinking federalism is forbidden by the very Constitution that created it.

Unfortunately, this is not a fourth way, much less a conservative way, but mostly the wrong way.

Governor Cuomo Gets It, Sort Of. So Does The Donald.

Blue state leaders and public sector unions stand a lot to lose from SALT, and they know it.

Trump is trying to faithfully execute his office and, in his own way, to strengthen the Constitution.

Trump versus The Bureaucracy