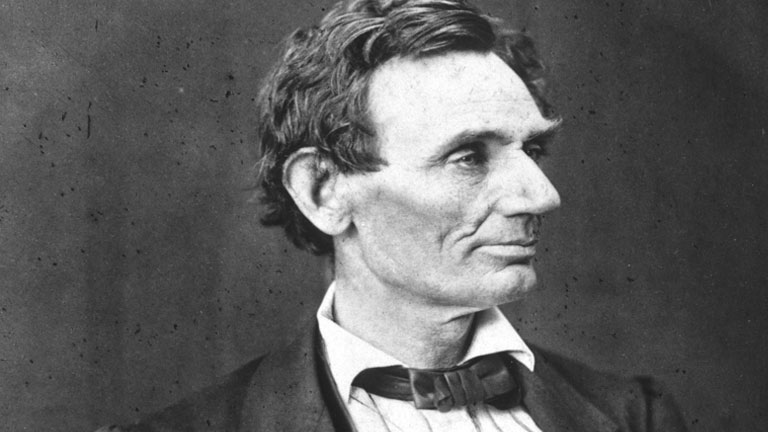 In his Second Inaugural Address, Lincoln reprises the brevity and complexity that has made his Gettysburg Address so well known and so cherished. He also reprises the Biblical allusions and spirit that animated some of that earlier speech. But the tone is strikingly different. For us, the speech rings tragically in our imaginations because of its author’s fate—known well to us, but as yet unknown to him. Lincoln’s Second Inaugural is framed in terms of eternity and clouded by the inscrutability of God’s mind. It takes this perspective because of his very different aim: unity in the aftermath of approaching victory. Unlike at Gettysburg, this is not a speech meant to rally the troops or argue the justness of the present cause. It is a speech, we might say, not from a commander-in-chief, but from a leader quite aware of the terribleness that has befallen his country on all sides. It is remarkable in its humility and that is the key to its success. We must remember it and imitate it if we are to honor its legacy.

After some introductory remarks excusing the overall brevity of the address, Lincoln says first that neither North nor South wished for war—each side wished to achieve its end without that last resort: “Both parties deprecated war, but one of them would make war rather than let the nation survive, and the other would accept war rather than let it perish…” Already avoiding one-sidedness by taking on the tone of a third party, he does so even more magnanimously by switching into the passive voice at the end of the sentence, “…and the war came.” While in subsequent lines he clearly labels the South, “insurgents,” and the North, “the Government,” it is difficult to see how the leader of the Union could have articulated the distinction more mildly. Neither side wished for the “magnitude” or “duration” of the current conflict. Putting it this way suggests the possibility that, had they been armed with the knowledge of its ultimate magnitude and duration, one or both sides may well have worked more strenuously to avoid the terribleness of the war that “came.” He thus ascribes a degree of goodwill to each side. The speech is no victory lap. Here is a leader seeking to unify two sides of a conflict that have come to see each other as alien peoples.

Lincoln says that members of each side “read the same Bible and pray to the same God, and each invokes His aid against the other.” In pointing out the similar piety of each, he gives pause to those who would distinguish easily their own justness. Mere prayer or piety is not enough to guarantee righteousness. We must also somehow be in accord with a divine plan that is fundamentally beyond the possibility of our own understanding. “Each looked for an easier triumph,” he tells us, “and a result less fundamental and astounding.” Such a result would have been welcomed, of course, by North and South. But, Lincoln seems to ask, why did the war continue even through this terribleness? If the war was about interest alone or power alone, would not the war have ended earlier, since in it interest and power were significantly damaged? In unpacking the compact language here, it becomes clear that Lincoln suggests the war was fought—on both sides—on principle. And though he clearly believes one side has true principles—and even God—on its side, the other side cannot be accused of fighting in bad faith. Bad faith on either side was belied, he observes, by the bloody ugliness that unfolded and in which no one would persist except on account of gravely important principle. He here raises his nearly vanquished opponent to a high dignity—if not to an absolute equality, then to a near equality. Despite attributing at first the motive of the South to the “peculiar and powerful interest” of slavery, the succeeding lines work gently against this interpretation. In doing so, Lincoln works toward a rapprochement that can lead to lasting peace and union—ever his goal in this speech and many others.

This rapprochement is suggested by his line that “It may seem strange that any men should dare to ask a just God’s assistance in wringing their bread from the sweat of other men’s faces, but let us judge not, that we be not judged.” Merely bringing up slavery in this way seems, at first, to contain just the sort of judgment he suggests we avoid. Yet, if we notice finally that the speech is situated against the infinite knowledge of God (and human beings’ paltry participation in it), we can see him seeking to move his audience to a place beyond the present awful conflict. Driving home this theme, Lincoln says, “The prayers of both could not be answered. That of neither has been answered fully. The Almighty has His own purposes.” His purposes are not ours and they cannot be known in a full and final way. The perspective here is God’s, not man’s. In the light of the infinite difference between God and man, the differences among peoples and men barely quiver the scale.

If there is a fault in our common remembrance of Lincoln, it is probably this: we think so highly of him that a truly remarkable human accomplishment runs the risk of seeming inevitable and easy. Of course, Lincoln was a real man with real faults and real emotions. He made war—the bloodiest in our country’s history—and won. How could the victor of such a conflict, which, though not over, was clearly in its twilight, not feel vindicated? How, then, could the occasion of his reelection not signal to him the endorsement of his life and his actions? If this was not a mandate, even a divine mandate, what could be? Would it not have been understandable to feel such things? Yet the speech disabuses us of all such notions.

Whatever might be said of his constitutionalism or the legacy of his framing of American political thought, Lincoln in his Second Inaugural Address displays an uncommon degree of humanity and perspective. It is all the more remarkable because he eschews the road taken by too many of our leaders and too many of us. Rather than run a victory lap, Lincoln stoops to pick up a fallen competitor. When elections or other contests are won, we too infrequently concern ourselves with the sense of unity and neighborliness that must characterize all good polities. Without these, no constitutional restraint is strong enough to hold a people together. Without these, the legal or procedural unity achieved in war would have been the ultimate casualty of a coerced peace. His stated goal of “just and lasting peace” could, he knew, only be accomplished with the sort of humility and charity he exhibited in this last of his major speeches. It will be cherished as a masterstroke of American oratory as long as that category of letters is studied—and those who wish to become leaders of lasting influence should study it anew.

Promising Developments on Sexual Assualt and Due Process

Does the President Possess the Prerogative? Part I: Characterizing the Power

Citizens are to be respected as equals, and this demands we treat public opinion with the respect it deserves.

Government by Emergency: Are Two Generations of Crisis Enough?

The oldest emergency proclamation dates to the Carter Administration, 40 years ago. Two generations of crisis are enough.