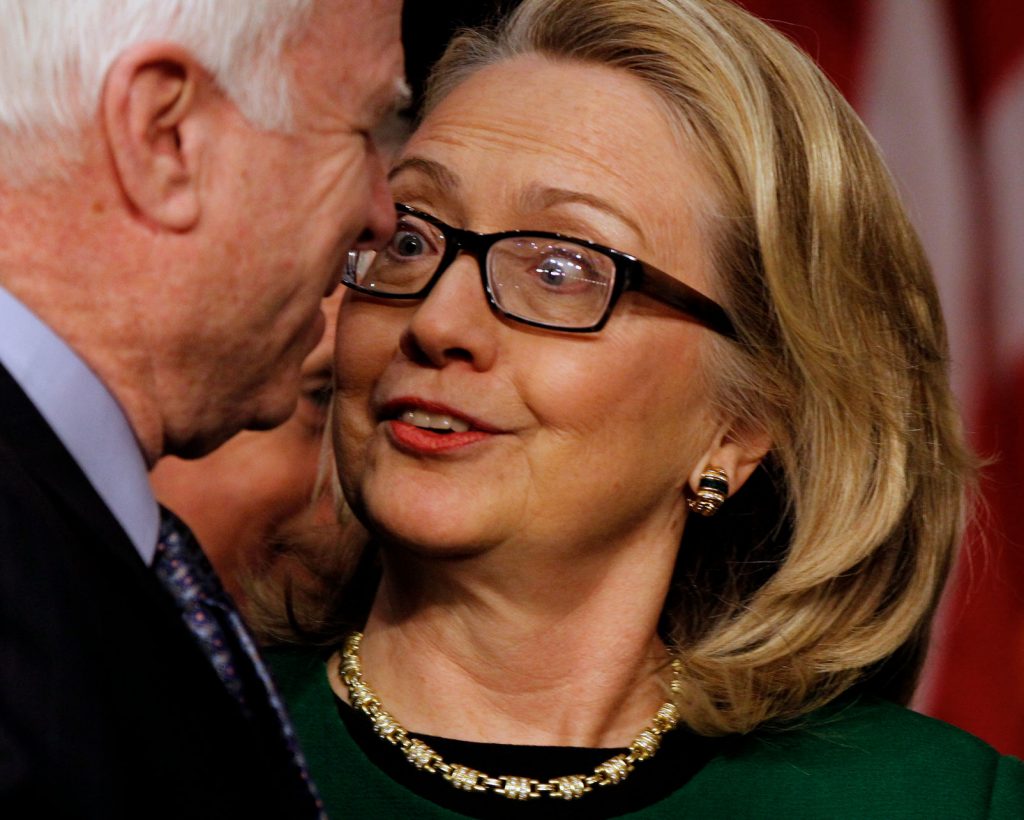 Hillary Clinton has made her first statement about what she wants in a Supreme Court justice. Instead of focusing on jurisprudential philosophy, Clinton has laid out a litmus test defined by a particular case: her justice must be committed to overruling Citizens United.

This comment shows that Clinton wants to abridge core political freedoms and to create two classes of citizens—the scribal class which has special privileges to speak at election time and the rest of us who are prevented from disseminating our views as effectively. Recall that Citizens United was a non-profit corporation that put out a video that criticized none other than Hillary Clinton, then as now running in a primary for the Democratic presidential nomination. The McCain-Feingold legislation made such criticism by a corporation illegal in the run-up to a primary, but the Supreme Court struck down this prohibition as violating the First Amendment. The legislation  expressly exempted media corporations from its prohibitions, creating a distinction between those in the media and everyone else.

The Court’s decision was clearly correct. As I argued fifteen years ago, and as Mike McConnell has since developed independently at much greater length, the dissemination of such independent views is encompassed within the freedom of the press. A video today is no different from the classic pamphlet of Tom Paine. And nothing in the press clause suggests that its protections should be limited to those who own presses or their modern equivalents of distribution. Why should the Constitution discriminate against those, such as Tom Paine, who wish to rent a press rather than own one? That distinction would exalt one class of citizens over others. Nor does the text of the Constitution make any distinction among the forms of business by which First Amendment freedoms can be exercised. In fact, many if not most of the First Amendment cases won by the news media, such as New York Times v. Sullivan, have been triumphs of corporations.

Of course, Clinton understandably wants to limit press freedoms to the scribal class, which is dominated by her Democratic allies, because that will help her and left-liberal causes more generally. We saw just this week that, George Stephanopoulos, the Chief Anchor of ABC and former adviser to Bill Clinton, donated to the Clinton foundation and failed to disclose this fact when he harshly questioned a writer who had impugned the foundation’s ethics. And the mainstream media, like the New York Times and the Washington Post, previously have harshly denounced litmus tests on abortion for nominees to the Supreme Court, even when Republican administrations have denied having such litmus tests. But so far we have seen little press criticism of Clinton for her avowed litmus test.  The great advantage of providing special privileges to a class made up largely of political allies is that they can use these privileges to sustain a national political discourse of high-minded double standards.

The Enduring Tension That Is Modern Conservatism

Competition as a Constitutional Principle

Clinton is a Greater Threat to Constitutional Jurisprudence than Trump