The final corruption of the republic will not be televised, but it was reported in Thursday’s New York Times.  According to a poll conducted by that newspaper, residents of the City That Never Sleeps are apparently awake at night because their guardians watch over them, manage their affairs, run their economy, secure their streets, do all this with relative competence but do not feel for them in the process.  They hope their next mayor will.  Insert your Anthony Weiner (no relation) joke here.

“By a clear majority,” The Times reports, “the city’s voters say empathy is the most important trait in the next mayor, far more important than temperament, management experience, or the ability to recruit new businesses. . . .”  Moreover—and here the reader should brace his or her neck for whiplash—65 percent of voters “wanted the next mayor to move the city in a new direction,” “a plurality approved of Mayor Michael R. Bloomberg’s job performance,” and “a majority of voters said they believed the city’s economy was in good condition.”

Why, then, the need for empathy?  Said a Brooklyn school bus driver of Bloomberg: “Someone with a few billion dollars looks at life a little differently than the common man.”  To which one is tempted to reply: So? Either the man is doing the job or not, a question on which no opinion is ventured here except to say that the terms of evaluation are evidently warped.  According to them, not prudence but empathy emerges as the political virtue par excellence.  Burke said that “[g]overnment is a contrivance of human wisdom to provide for human wants,” but surely the want he had in mind was not this. 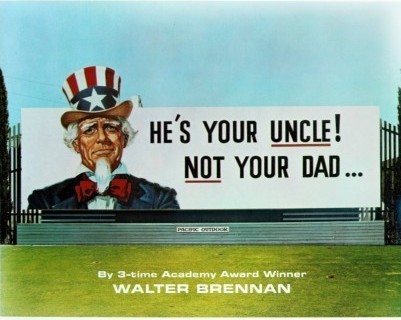 Empathy, to be sure, is a fine and admirable quality in individuals.  Its corruption in this case is its utter untethering from the proper scope of politics.  The quality about which The Times asked was whether “the candidate understands the needs and problems of people like you.”  But the needs and problems of people like me, which one can be assured are myriad, lie substantially beyond the political sphere. The question as asked does not challenge the respondent to think in those terms, likely because Americans no longer do.  Instead, it encourages a conception of the state as caretaker and, crucially, of politicians as parents.

Just as crucially, the question does not ask the respondent to consider the question of actual need. There is a proper role for the state to play in achieving aims that exceed individuals’ capacity, including ameliorating the harsh edges of economic life.  But the crucial phrase in The Times’ question—the one that triggered the overwhelming reaction—was “people like you.”  The construction is ironically individualist, since what the respondent hears is less the plural “people” than the singular “you.”  One suspects that “the candidate understands the problems of other people in genuine need” would have generated a less enthused, or at least less visceral, response.

The irony is compounded by the fact that those who seek empathy for themselves are probably likeliest to conceive of their own politics as compassionate toward others.  But the qualities are not altogether compatible.  One diverts attention from the other: A politics of shallow empathy for the middle class distracts from a politics of genuine concern for those in need.

Nor is this self-involvement a unique attribute of Empire City.  Surveys have accurately predicted recent presidential elections on the basis of such inanities as which candidate would be a more pleasant drinking buddy (2004) and which would be likelier to stop and help change a flat tire (2012).  That presidents are not buddies and that changing flat tires is a job for Samaritans rather than politicians was beyond the surveyors’—and, one suspects, respondents’—imagination.

Of course, what voters actually seek is not a pal but a parent, and it is a short leap from a parent to a watcher.  Moreover, this empathic conception of politics—that it ought to take care of me, and feel me in the process—detracts from the  sympathetic role, circumscribed but still serious, politics ought to play in caring for those who need it. Here as elsewhere, the font of wisdom springs from Elvis, who crooned of Uncle Sam: “He’s your uncle, not your dad.”

Woke Capitalism Is a Sign of Things to Come

Corporate behavior evinces the dominant beliefs of society. In China, those beliefs are not pluralistic. And that is increasingly the case in the US.

Equality versus Feeding the Hungry

It is simply too pat to point to bare economic inequality and decry it as necessarily unjust: pursuing equality can often harm growth.