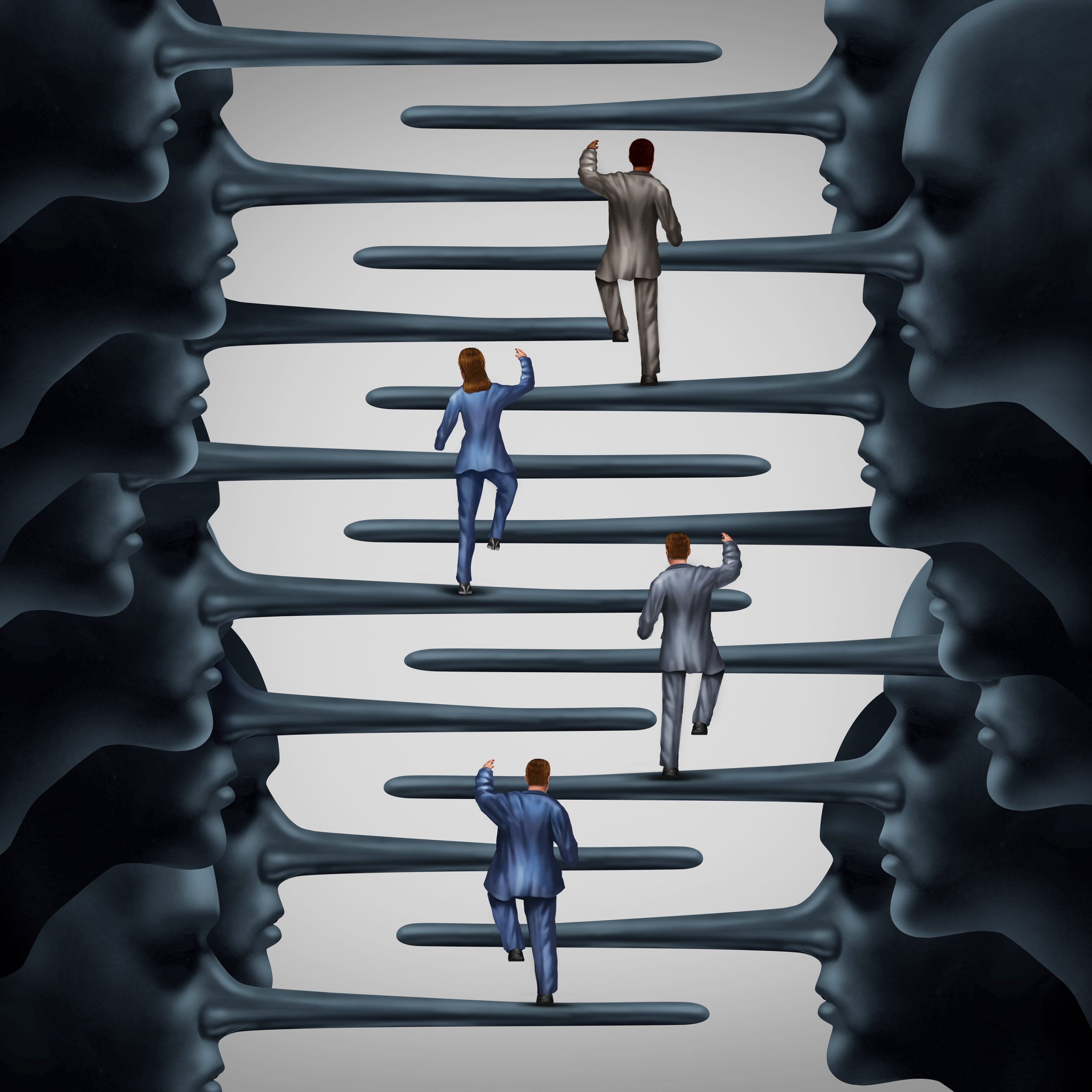 Something’s rotten in the state of our nation, and if you think that “something” goes beyond the election of our current President, David Schoenbrod has written a book meriting your attention. Indeed, if you think all would be well had Donald Trump been denied the White House, you especially need to read DC Confidential: Inside the Five Tricks of Washington. It is a serious book written by a capable, honest author. It provokes worthwhile reflections. Too few books at any time are written by such people or stimulate such thinking. I will cite some flaws in this work, but its shortcomings should not obscure its value.

I begin with a minor complaint, and it’s about the book’s title and subtitle. The title suggests insider views and a hint (or more) of scandal. But as we shall see, the pathologies revealed are apparent to anyone willing to look. Use of the word “tricks” in the subtitle, moreover, suggests a con artist and his victim. But the book is more about delusions shared by all, and in such situations it’s difficult to see who is the victim and who the victimizer. To his credit, Schoenbrod, who teaches at the New York Law School, acknowledges this shared guilt for our current corruption. The story he offers is more complex than the morality play, with predictable good and bad guys, that the reader was led to expect.

The book begins 50 years ago, at the height of the Great Society. The federal government by 1965 had seemed to have brought about a safe, secure, and prosperous nation. This led Americans to want more from their government, and their elected officials sought to provide new programs and benefits. The United States might at that point have created a European welfare state with high spending, robust government regulations, and high taxes.

In fact we did go partially down that path. But not the whole way. Schoenbrod remarks, “Voters did not want to feel the burdens needed to produce the results they demanded from the government.” Candidates for office, seeking to please voters, “came to embrace theories, often sincerely, that enabled them to believe that they could deliver the benefits without commensurate burdens, and built such theories into statutes.” In turn, these theories “failed to deliver the benefits without burdens, but promising something for nothing, or very little, had become the course of least resistance.”

DC Confidential concerns congressional failure, but unlike many works in the genre, Schoenbrod does not hold blameless “the people” who choose the members of Congress. Voters failed intellectually and morally by believing in magic and expecting something for nothing. Their illusions then animated their representatives, who eventually settled on fooling many of the people much of the time.

Two other factors might be added to this story. As a proportion of the economy, federal spending did not increase between the 1950s and 1980. Rather its composition changed, from public goods (defense) to social welfare programs. For much of the population, the latter appeared to involve benefits without taxes on them. The problem discussed in this book might well be entwined with the full emergence of the American welfare state.

Representation changed in that time period, too. James Madison thought that members of Congress might “refine and filter” the views of the people. Schoenbrod finds senators and representatives who must respond to voters or face defeat by less scrupulous candidates. This responsiveness might itself be in part a legacy of the reforms the Congress passed after the near-impeachment of Richard Nixon in the Watergate scandal—reforms that sought to make party leaders and candidates for office more directly responsive to the will of the people.

The five “tricks” identified by Schoenbrod are interesting ways to think about what Congress does.

The “money trick” creates a fiscal illusion by shifting part of the cost of current benefits to the future; the long-term gap between revenues and spending becomes unmanageable, and the implicit taxes or spending cuts are left to future officials and voters. Schoenbrod lays out how Congress obscures future obligations, not least in entitlements.

The “debt guarantee” trick involves government insuring the payment of private debts without an appropriate fee. Here Schoenbrod focuses on how such guarantees lead to bailouts for financial firms at a cost to taxpayers and government legitimacy.

The “federal mandate” trick allows Congress to mandate benefits for voters while forcing state and local governments to incur the relevant costs.

Schoenbrod makes good use of his expertise on delegation in describing the “regulation trick,” which allows Congress to give voters rights to outcomes (say, clean air) while requiring agencies to impose the duties needed to fulfill those rights. This trick means members of Congress, as he says,

Finally, the “war trick” shifts the decision to use force to the President, thereby freeing Congress from responsibility for the risky decision to go to war.

In various ways, these tricks enable Congress to shift blame for policies if they turn out badly while claiming credit for good though often transient outcomes. With each of them Schoenbrod identifies how government used to be different and why it changed.

He does see other flaws in American government including gerrymandering, the filibuster, the Hastert Rule, and of course, campaign contributions. None of these receive sustained attention,  though campaign finance pops up at various points for condemnation. Truth to tell, this is one topic he treats in a superficial way: You would not know free speech might be at stake in this matter if you read only Schoenbrod.

Over all, the author should be commended for only minimally treating these last-mentioned topics. They are enticing cul-de-sacs, usually ending up in suggesting, or at least implying, that our difficulties are simple. Remove the evil ones from the temple of the people and all will be well! The balance of Schoenbrod’s book offers a complex account of our problems and their solutions. (The brief mentions of campaign finance seem out of character, actually.)

So how can the tricks be stopped? The author proposes an Honest Deal Act that would force legislators to reveal the true costs of policies and programs, to charge a market rate for debt guarantees, to end mandates on states, to affirm agency rules, and to declare war as required by Article I of the Constitution. He also includes an “action plan” that depends on mobilized readers’ contacting their representatives at all levels of government to demand accountability. He  has devoted considerable thought to the details of both the proposed legislation and the action plan to pass it. His proposal merits attention. Schoenbrod belongs to the “light a candle” school; he does not curse the darkness. I am inclined by nature toward the latter, but I hope I am sensible enough not to condemn the former.

The final paragraph of DC Confidential reflects well on the honesty of the author. At that point he reveals what is, to my mind, a fundamental problem with his project:

The Honest Deal Act is not the complete solution to the problems that come from a Congress that uses tricks to promise something for nothing and an electorate that demands it, but it is an essential first step. Yet, no second step is possible until our representatives face up to the chasm between the benefits they promise and the burdens they acknowledge and We the People, in turn, face up to the chasm between the benefits we want and the burdens we are willing to bear.

He wants, as do we all, to end legislative trickery and force clarity about tradeoffs. But it has been a long time since voters wished to face such tradeoffs. Legislators—even if they wanted to—cannot force voters to do so. And at a time (like now) when “elites” are thought to be a cancer on the body politic, the lawmakers are especially dependent on whatever voters might want. If they ran for office fully disclosing a preference not only for lower taxation but for lower government spending, other, less scrupulous candidates would show up and assure the electorate that government could expand without anyone except the “One Percent” paying any costs. Schoenbrod’s solutions would seem to be unmotivated on both the demand side and the supply side of electoral politics.

I am also less certain than he is that Americans care all that much about failures in the political process compared to policy outcomes. For example, people who want a President to use military force abroad often worry little about a congressional declaration of war; later the same people may turn around and demand such a declaration, as a way of trying to preclude a war they oppose. Their views about process seem dependent on their hopes about outcomes. Schoenbrod’s process reforms have no clear effects on policymaking. Behind a veil of ignorance, such ambiguity might be a virtue. After the veil is lifted, ambiguity about outcomes will mobilize few to support reforms.

But there are other candles to be lit against the darkness revealed by Schoenbrod (and any other serious analysis of American politics). Reality must somehow impose itself on our comfortable delusions. Perhaps a mild crisis that clarifies our failings, followed by changes in policies like those proposed by Schoenbrod? I recall, for example, that when budget deficits seemed to have caused the stock market meltdown of October 1987, Congress moved quickly toward policy changes. When the crash seemed to have little effect on the real economy, however, Congress returned to muddling through. Congress would have to be convinced that this time the day of reckoning had really arrived.

But the people need to reform, too. In a mildly corrupt regime—such is the world revealed by Schoenbrod—government by the people undermines government of and for the people, at least in the medium term. The people are in need of some restraint understood as a bit of civic virtue. At least they need to stop believing in magic. So during the envisioned crisis mentioned earlier, the nation would need an elite dedicated to restoring republican government. And that elite would need power not unlike Jean-Jacques Rousseau’s Legislator who created the moeurs necessary for self-government.

If you are thinking the candle I have lit against Schoenbrod’s darkness is likely to burn down the American house, you have a point. But absent changes, our children are more likely to be governed by the likes of Silvio Berlusconi than the likes of David Schoenbrod.

DC Confidential offers analysis and proposals that are intriguing but not wholly convincing. Overlooked is how popular institutions like the welfare state and democratic reforms may have fostered the failings uncovered here. The author is trying to solve philosophical and cultural problems with legislation, but this cart is unlikely to pull that horse. For all that, this work is worthwhile. It may well be that, as our most profound philosopher said, “only a god can save us”—a solution he thought could not come from thinking. But in the absence of a god, we should at least be clear about our failures and indeed, about our foolishness. David Schoenbrod provides us with such clarity and thereby, with some hope.

The Constitutional Propriety of Impeaching the President

On the 150th anniversary of Andrew Johnson's trial in the Senate, we should remember that impeaching the president isn't only about specific crimes.

The War on Poverty Turns 50