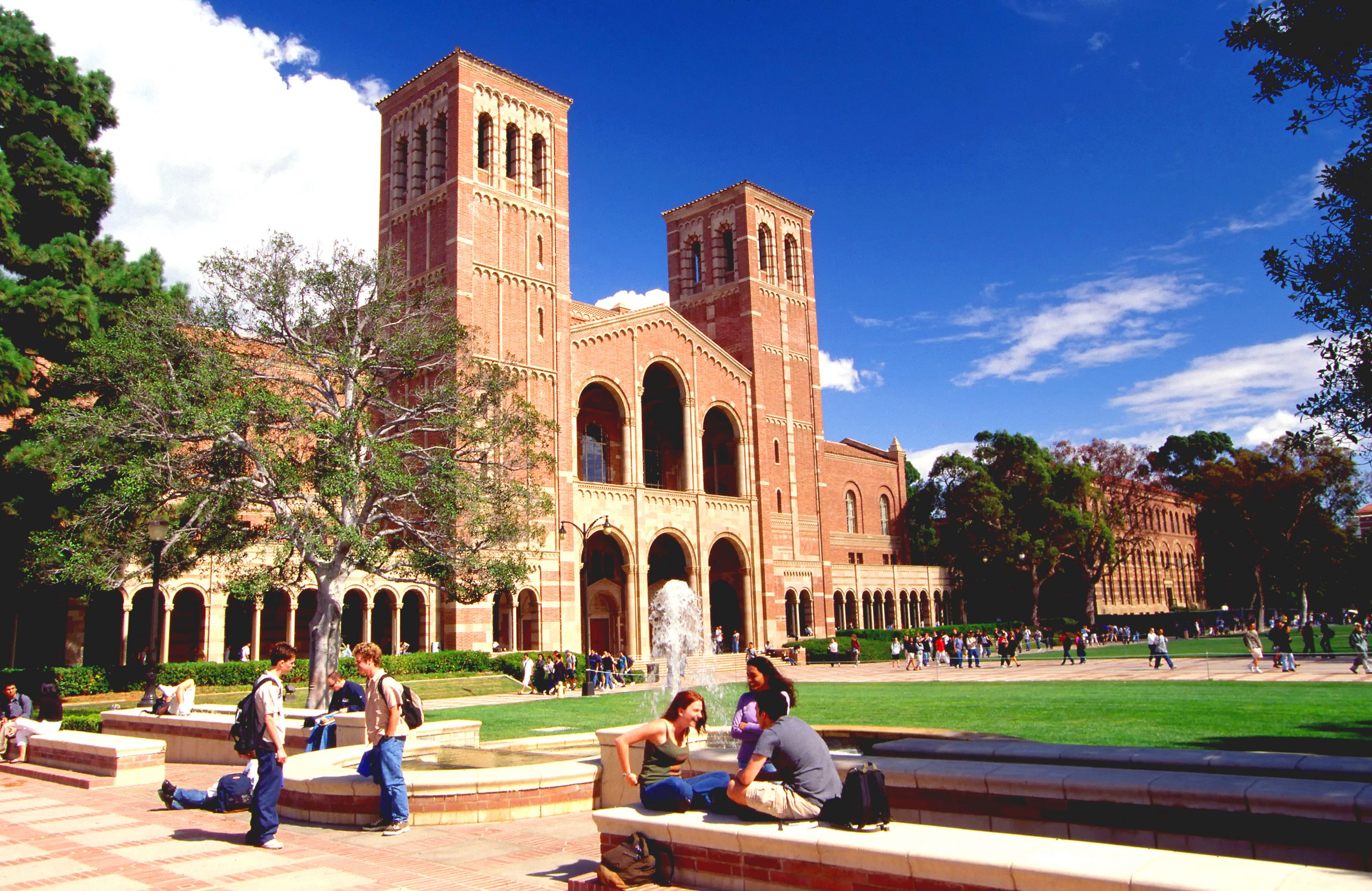 University of California at Los Angeles

Tim Groseclose has confirmed that he is one of America’s leading conservative commentators with the publication of Cheating: An Insider’s Report on the Use of Race in Admissions at UCLA. It may seem an odd role for Groseclose, for six years the Marvin Hoffenberg Chair of American Politics at UCLA and a quantitative social scientist whose innovations are widely recognized (see the list of publications on his website). He has achieved academic plaudits while openly declaring his Rush Limbaugh-listening and other rightwing proclivities.

To fully appreciate Cheating, we should start by discussing Left Turn, Groseclose’s earlier popular work about liberal media bias. Such critiques (as well as exposées of race preference in academia) are legion, but he devises formal models to measure the extent of bias or discrimination that enables all sorts of instructive comparisons. He establishes PQ measurements (political bias) of counties, cities, politicians, and media outlets. His website even contains instructions on how to calculate your own PQ.

Among his provocative comparisons, Groseclose argues that one of the most conservative areas in America, a gun-toting Mormon locale (which, coincidentally, Edward Banfield studied in his now 60-year-old classic, The Moral Basis of a Backward Society), is by his analysis less conservative than the Beltway is liberal. Using Groseclose’s framework, we can see that a leftist politician could perceive herself as less leftist than she actually is, especially after we have compared her with a Tea Party Republican who is less conservative than she thinks. Given their environments, the media, and colleagues, extreme liberals can come to regard themselves as centrists.

Besides PQ, Groseclose had developed (in a coauthored article) SQ, a slant quotient, which measures media bias by its selection and use of think-tank research. In Left Turn Groseclose approximates the actual effect of the SQ of media on attitudes and ultimately voting patterns.  (For a readable assessment of his methodology see the review by Joshua Lerner in Commentary, November 2011.) Again, the conclusions are not surprising, but the ability to make comparisons is fascinating, as are his careful considerations of the effects of the media on voting.

Groseclose chastises journalists for not disclosing their political views and party affiliations. The assertion of objectivity becomes all the more rankling with their escalating protestations of professionalism. College admissions officials are similar, and it is their secrecy that Groseclose protests in Cheating, a reflection on his service as a faculty oversight member of the undergraduate admissions process at UCLA.

This book is much more personal and widely ranging than Left Turn. One might read this discursive account as a mystery story, whose conclusion we think we already know. Anyone who knows UCLA as the University of Caucasians Lost among Asians will wrongly assume that the admission of Blacks as well as Latinos is up, and that the admission of Asians and Whites is down. Any California Asian American family with a child with college aspirations realizes that the admissions process is biased against that child. What remains for us to see is how the crime was committed but also—who the victim is. We are in for some surprises.

Groseclose begins by reprinting a terse 2012 item on the UCLA news site celebrating a university-commissioned report, the “Mare Report,” that proved that there was absolutely no admissions bias against Black applicants. After all, 121 more Black applicants were admitted through the new, “holistic” admissions process. This reform answered the growing critics of the university who questioned the recent dramatic fall in Black admissions. Bringing to bear his quantitative skills, Groseclose shows how this non-story indicates not only where the real bias exists but how it came to be.

Lacking Left Turn’s St. Martin’s Press imprimatur, this volume is self-published, with a preface by talk-radio host Larry Elder. Its 210 pages relate his battles with faculty, his service on the committee on undergraduate admissions, his 2008 resignation from the committee, his whistleblower-protected press disclosure, his statistical analysis, his conspiring with his UCLA colleague Richard Sander, and the kinds of biases he discovered and how he measured them.

Many of his observations apply to public and private schools of varying degrees of exclusiveness. And a handful of other states besides California (Washington, Nebraska, Arizona, and Michigan) have the equivalent of Proposition 209, the California constitutional amendment prohibiting race as a factor in public university admissions (and employment). Together, these disparate strands form an instructive detective tale, a by-the-numbers indictment of California higher education.

The author started with many advantages, the most obvious being tenure, besides having an endowed chair and being sought by top-ranked universities. Moreover, he had the Golden State’s constitution on his side. One can only admire his having the tenacity to survive tedious university committee meetings and the gumption to press for explanations. The Left, whether in academia or government, thrives on wearing down the opposition and bullying its way to its goals, but in this man it has met its match.

Groseclose’s persistent questions about admissions standards in 2008, with the near-doubling of Black student admissions, turned the collegial smiles of bureaucrats into angry dismissals. Citing the need for confidentiality, the admissions oversight committee voted to deny not only him but also themselves access to statistical profiles of applicants—yet, fearful of legal action, they contracted with a member of the faculty, sociology professor Robert Mare, to serve as an independent observer, giving him that very information!

Many a professor would have given up there. Not Groseclose. Resigning from the committee, he would turn to the media and (having secured formal whistleblower protection) submit his own report (link no longer available), accusing UCLA officials of possible illegal activity. His accusations and protests were picked up by our penultimate favorite legal blog, the Volokh Report, and he was on his way.

But then the story takes a twist. Groseclose concludes that his institution is actually not an egregious practitioner of discriminatory admissions but “only average”—this despite the manipulations to produce a huge leap in Black admissions. The real scandal involves not just a few staff and professors, the UCLA chancellor, the president of the University of California system playing for a new more numbers, but “regents, wealthy donors, and some politicians in Sacramento.”

It didn’t hurt that Groseclose found a close ally, the UCLA law professor and economist Richard Sander, whose research on the law school’s admissions was invaluable. With Stuart Taylor, Sander wrote a book on the often devastating effects of the “mismatch” of less-qualified minority students in highly selective schools. The frantic quest for Black students produces a mismatch between their talents and those of competitors. The disadvantage mismatched Black students face leads to fewer degrees completed and thus reduces the numbers of Black graduates in science, engineering, and law.

Groseclose concurs. With Sander’s help, he acquired sufficient admissions data from UCLA for 2007 through 2009 to present an analysis on his website. He contends that advocates and critics alike are wrong to focus on the “holistic” admissions system—even the fact that a fourth of the 160 initial admissions readers (contract employees, who may be guidance counselors at local high schools) are African American. Under holistic admissions, two admissions readers examine a student’s entire file, including the essay, where racial identities could be revealed, along with interests, extracurricular activities, and “life challenges” and family income levels.

Looking at the numbers, he questions whether either the holistic approach or the choice of readers causes discriminatory admissions. Following the two initial, holistic screenings, an applicant may receive a second chance. The final admissions decisions are made by a small group of 10 admissions officials. Strikingly, “of all black students admitted to UCLA, 45 [percent] received their admission from a second chance round.”

Based on that finding, he concludes that “UCLA did not grant racial preferences in its initial-round reviews” but sees “overwhelming statistical evidence” that the second-chance reviews were the source of the preferences. The 10 second-chance reviewers who were full-time staff could be directly pressured by UCLA’s top officials.

Notwithstanding all the posturing about opening opportunities on a meritocratic basis, preferential admissions occurred largely by disregarding SAT scores. Moreover, if class-based affirmative action, taking into account family income, parental education, and quality of high school, had been applied, “The number of Southeast Asians would have increased by about 20 [percent], the number of Chicano/Latino students would have almost doubled, and the white percentage would have fallen” approximately 25 percent (italics added). The additional Black admittees cannot have been admitted through non-racial selection criteria such as class.

After all of this, it is astonishing to find the relentlessly factual Groseclose maintaining that UCLA is far more in line with the law than Berkeley or Stanford. To a colleague’s sneer of “How low do you want the percentage of black admits to be?” he replies that a university ought not “value diversity above honesty.” And how would Groseclose’s hostile Latina committee colleague (one of the officials with the fading smiles, mentioned above) react to these numbers?

Here Groseclose might have considered more fully the purpose of all this admissions finagling. What UCLA wants, what the University of Michigan or the University of Texas want, is a vague notion of a “critical mass” of minority students—a sufficient number of members of a particular protected group that enables minorities to feel a sense of cohesiveness. This group concord, in turn, leads to the privileging of its views—in other words, creating a racial aristocracy within a liberal arts institution. “Critical mass” warps those students.

The author’s ultimate protest only gets at part of the tragedy: “This, I believe, is the most significant problem in academia today—the low regard that professors place on honesty relative to other ideals. The narrow problem of race, admissions, and cheating at UCLA is tiny compared to that problem.” Given such frankness, we should not be surprised that he will be leaving UCLA for a post at George Mason University.

The failure of the university is even graver than a rejection or redefinition of an archaic thing like honesty. Morality, like patriotism, is not enough. “It is curious,” Daniel Patrick Moynihan once observed about social science, “how often we end where Aristotle begins.”

The “institutional dishonesty” Groseclose condemns means disregard for truth as the purpose of the university. Once we commit to the idea that everything is subjective, then truth is a product of power. A dramatic example is the versions of the Bakke affirmative action case in constitutional law casebooks that omit the shockingly inferior scores of those in the minority special admissions applicant pool for the University of California-Davis medical school.

The UCLA that Groseclose portrays is a living example of these bizarre abridgements. (And a far worse example than the institution to the south that is sometimes referred to as the University for Spoiled Children.) A well-heeled, “showcase” institution that can’t handle the truth is not only a useless luxury. It is a betrayal of the life of the mind.

“Solely on the Basis of Race”

Reparations arguments call for the kind of general racial classifications that have not been part of public law or finance since the Jim Crow era.

Diversity, Public Safety, and the Criminal Law: A London Tale

Duplicity and Diversity in Higher Education