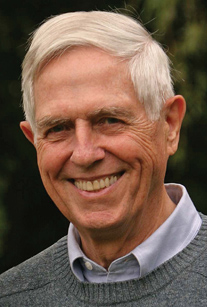 I had the good fortune to be asked to review Saving Congress from Itself by James L. Buckley, a statesman I have long admired.  As I say in the opening of the review that appears in this week’s print edition of National Review:

My first vote remains my best. It was for James L. Buckley’s reelection as a United States senator from New York. In six years in office, he had shown himself fearlessly principled, whether in calling for Nixon’s resignation in the Watergate scandal before any other conservative in Congress or in opposing a taxpayer bailout for New York City, where about half his constituents lived. He also possessed the model demeanor for a statesman: Lucid, logical, and dispassionate, he focused on issues, not personalities.

Still a pellucid thinker at ninety, he assails the grant-in-aid programs through which the federal government distributes money to states and localities for state and local projects. As he rightly observes, their high cost is the least of their problems. Their greatest defect is that they undermine the genius of our constitutional system. As I note:

The Constitution proceeds on the paradox that two governments protect liberty and are jointly more effective than one. Under its enumerated powers the federal government’s authority is restricted to a relatively few areas of national importance.  While the states have almost unlimited powers, their actual impositions are limited by competition.   Citizens can exit from jurisdictions that whose services do not give them value for money.  And the results of different current state policies provide future policy direction. But as Buckley ably demonstrates, two governments can become worse than one, when this constitutional structure dissolves.

States lose much of their autonomy as they agree to onerous regulations to grab the federal dollar. And they have little choice but to do so, otherwise their taxpayers simply support other states’ program through the federal subventions for which they too are assessed. Members of Congress cease to focus on national issues, because they can dangle local lucre more likely to capture votes.

Buckley has a simple solution: Congress should  get rid of the programs. But  this reform is not likely to happen. While harmful to our federal republic, these programs permit members of Congress to say they are helping their constituents.  And the constituents themselves are too rationally ignorant of politics to demand that the  their representatives follow the balance of our federal republic. In our world of mobility and common national culture, federalism has also lost much of its visceral appeal.

The Court is uniquely suited to preserve this balance along the lines of the original meaning of the Constitution. Sadly, over time the Court has largely gotten out of this business, preferring instead to use its political capital to announce new rights for which it is rewarded respect by its main audience—legal elites. If we were writing on a blank slate, it would be wise to set up a court uniquely charged with enforcing the Constitution’s structure, because justices with a dedicated focus  would have better incentives to do so.

Flowers and Headscarves, Oh My!

A Limited Federal Government: Half Full or Half Empty?

The Supreme Court’s doctrine of expansive federal power is much weaker than the original meaning of limited government.

Not all constitutional cases of enduring consequence make the front page.