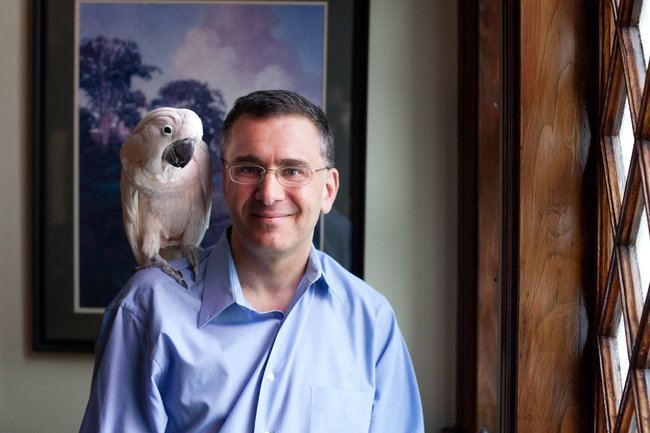 A flurry of activity surrounding the Affordable Care Act (described below) brings to mind a bitter-cold day in February 1948, when party leader Klement Gottwald stepped out onto a Prague balcony to announce the birth of Communist Czechoslovakia. A solicitous comrade (Clementis) placed his fur cap on Gottwald’s bare head. As Milan Kundera describes it in The Book of Laughter and Forgetting:

Every child knew the photograph from posters, schoolbooks, and museums.

Four years later Clementis was charged with treason and hanged. The propaganda section immediately airbrushed him out of history and, obviously, out of all the photographs as well. Ever since, Gottwald has stood on that balcony alone. Where Clementis once stood, there is only bare palace wall. All that remains of Clementis is the cap on Gottwald’s head.

What remains of Jonathan Gruber?

Until a few weeks ago, the administration and the ACA’s congressional masterminds celebrated the MIT professor, in legal briefs and in public, as an unimpeachable authority on the ACA and the chief theorist of the ACA’s “three-legged stool” of coverage mandates, subsidies, and individual and employer mandates. Comrade Gruber, for his part, denounced the Halbig/King plaintiffs’ principal contention—the ACA’s subsidies and mandates apply only in states that have established a health care “exchange” but not in the thirty-plus states that have declined to do so—as “crazy.”  All that, though, was before the appearance of a 2012 video wherein Professor Gruber fully supports the plaintiffs’ theory and, indeed, states it in an admirably concise form.

Professor Gruber has since been airbrushed.

The government’s brief in King v. Burwell—the Fourth Circuit case pending in the Supreme Court on the plaintiffs’ cert petition—conspicuously omits any mention of Professor Gruber and his once-authoritative views. (All briefs, opinions, and further materials are available at the Competitive Enterprise Institute’s site.) What remains of Professor Gruber in the legal proceedings is Judge Edwards’ dissenting opinion in the D.C. Circuit’s Halbig decision, which seeks shelter under the professor’s cap.

Related news flash: In today’s Washington Post and other papers, Senators Harkin and Wyden and Congressmen Levin, Miller, and Waxman explain “The health-care bill we intended.”

(Why today? Because King v. Burwell is on the distribution list for today’s Supreme Court conference. And the dates for the D.C. Circuit’s rehearing are fast approaching—government brief due November 3. Personally I doubt that the justices and judges are terribly impressed with ham-fisted open letters and post-hoc rationalizations, but maybe it’s worth a try.)

The legislators confidently aver that under the ACA, “every state is required to have a marketplace.” If that were true, though, the act would have been declared unconstitutional years ago. (Under the Constitution, no state is required to have anything except a republican form of government, and Congress can’t change that state of affairs. Which is why the ACA gives states an opt-out.) But we intended universal coverage, protest the legislators. Why, yes; and the Halbig/King plaintiffs don’t dispute that. But the best-laid plans of Hill mice and Congressmen gang aft agley. Congress didn’t expect states to opt out until 36 of them did. For an explanation of how this was supposed to work, consult Jonathan Gruber.

If you can find him.

The Dormant Commerce Clause and the Exclusive Commerce Power

Government as a Reptile Fund