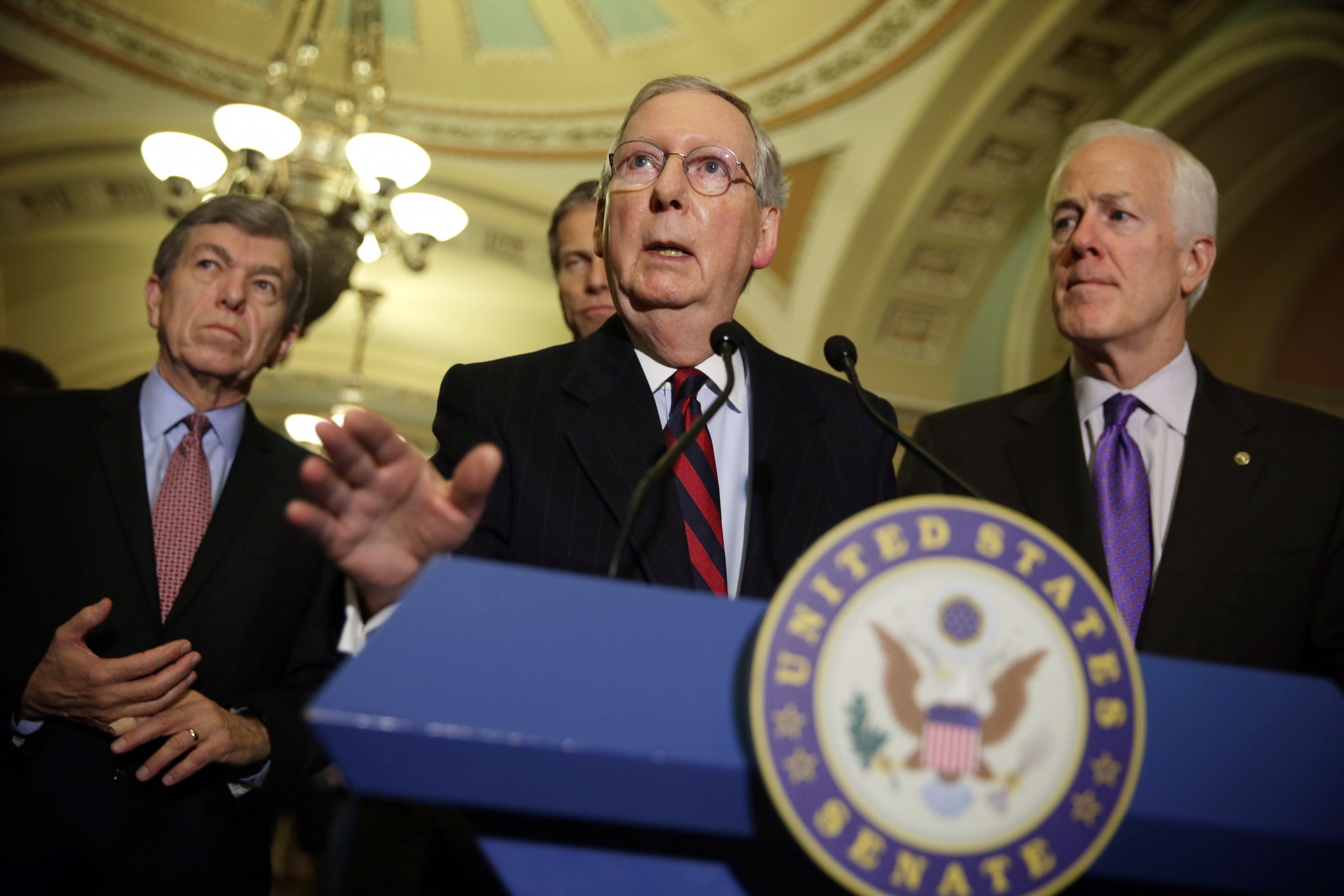 “The stupidity of the American electorate,” Obamacare architect Jonathan Gruber repeated to his Democratic colleagues, was essential to passing that law. Had Americans suspected the reality: that the law does not let them keep their doctors or their plans, that it makes them pay more for less, they would have warned Democrats that voting for the law would mean being voted out. But the Democrats, combining deception with shortsightedness, passed Obamacare – and, when reality blew away their fog, got voted out.

In the 2014 elections the Republican leadership acted identically, trusting in the voters’ suspension of disbelief in its promises to change the U.S. government’s substance and manner of operation. They promised to defund Obamacare and to use Congress’s total power of the purse to reverse a host of the Obama administration’s illegalities. Once the votes were in the bag, most Republican members embraced the reality that their leaders had been preparing all along: the continuation of business as usual, with a few self-interested tweaks.

On December 11, the House of Representatives passed a 1603 page “CROmnibus” bill of $1.1 trillion dollars, which fully funds Obamacare and provides money to bail out insurance companies for losses they incur in its management, and whose substantive provisions include more money for the lawless EPA than even Obama had asked for. The bill also funnels campaign cash to party organizations at the expense of candidates, and authorizes Senators and Congressmen to lease luxury cars at $1000 per month on the taxpayer’s dime. Most significantly, by funding nearly the entire U.S. government until October 2015, the new law removes from elected legislators the power to do what they were elected to do.

Republican leaders’ responses to cries of betrayal bring to mind Bush 41’s “read my lips,” and Lucy’s reassurance to Linus: “next time for sure!” The Wall Street Journal congratulated the Republican Establishment, and deputy editor Daniel Henninger characterized the Tea Party and antiabortionists as “a weird political fringe.” Less perceptive than Gruber Democrats, they seem unaware that their victory depended on deception. Who would have voted for them if, rather than promising to defund Obamacare, they had promised to pass the CROmnibus that secures it? So, like Jonathan Gruber, showing contempt for their voters, Republican leaders ensured that their party will suffer consequences in the 2016 electoral cycle — perhaps in the form but in greater severity than what undid Bush ‘41 in 1992.

To what degree the Republican leadership insulted its own voters, what sort of Rubicon the Party crossed, by passing the 2014 CROmnibus — comparable in U.S. history to the  Whig Party’s passage of the 1854 Kansas-Nebraska act that resulted in that Party’s death — may be seen by comparing the CROmnibus and what it portends to incoming Senate Majority Leader Mitch McConnell’s victory statement, which summed up the 2014 Republican campaign: “I’ve made your concerns my own.”

Government, McConnell said, “can’t do basic things because it’s busy doing things it should not be doing at all…imposing its view of the world on folks who don’t share that view.” Republicans want to place it on the people’s side. They promise “to turn this country around.” “I’ve seen the damage that distant planners do to people in the state.” We are “tired of hearing that those of us who fight [for the American people] in Washington are somehow the problem.” “We can have real change in Washington-real change. That is what I intend to deliver.”

Instead, he delivered the CROmnibus to both chambers the day before it was voted on. Written in secret cooperation by leaders of both parties and President Obama, the bill was accompanied with the threat that whoever opposed it would be held responsible for “shutting down the government.” This, after Republican speaker John Boehner had acknowledged that “cramming…the entire federal discretionary budget and assorted policy changes into one [legislative] vehicle” is a terrible idea. He promised to return the Congress to “regular order” — namely to voting on individual bills and amendments openly considered.

President Obama did not force the Republican leaders to live by the CROmnibus this year or in past years. Republicans, in control of the House, could have passed individual appropriations during the course of the previous years. Collusion, not cowardice, explains why Republican leaders did not contest but embraced charges of “shutting down the government” leveled by Senate Democrats who refused to fund any part of the government and by a President that insisted on a CROmnibus or nothing.

Two of the CROmnibus’s provisions explain the Republicans’ collusion. First, funding Obamacare and especially the bailout of the insurance companies that are its major financial beneficiaries, anathema as it is to Republican voters, is a key objective of the Crony Capitalists who fund Republican leaders. Second, the provision that makes us taxpayers liable for bailing out the financial industry’s losses in its speculative maneuvers with derivatives, written as it was by Citigroup lobbyists, was arguably these Crony Capitalists’ primary objective. Only behind closed doors and under the deep cover of a CROmnibus bill that dissolves responsibility could Republican leaders satisfy their money constituency.

The price the Republican establishment paid was loss of credibility with the voters. Once lost, political credibility cannot be regained. The electorate of 2014 voiced demands that are widespread and deeply held. By failing to heed these demands, GOP leaders have invited others to satisfy them.

Philosophical Absolutes and the Constitution

A Tale of Two Democracies: Republicans and Democrats Between Aristotle and Locke

The Aristotelian argument for democracy relies on our deliberative capacity, that is, on our willingness to learn from one another.