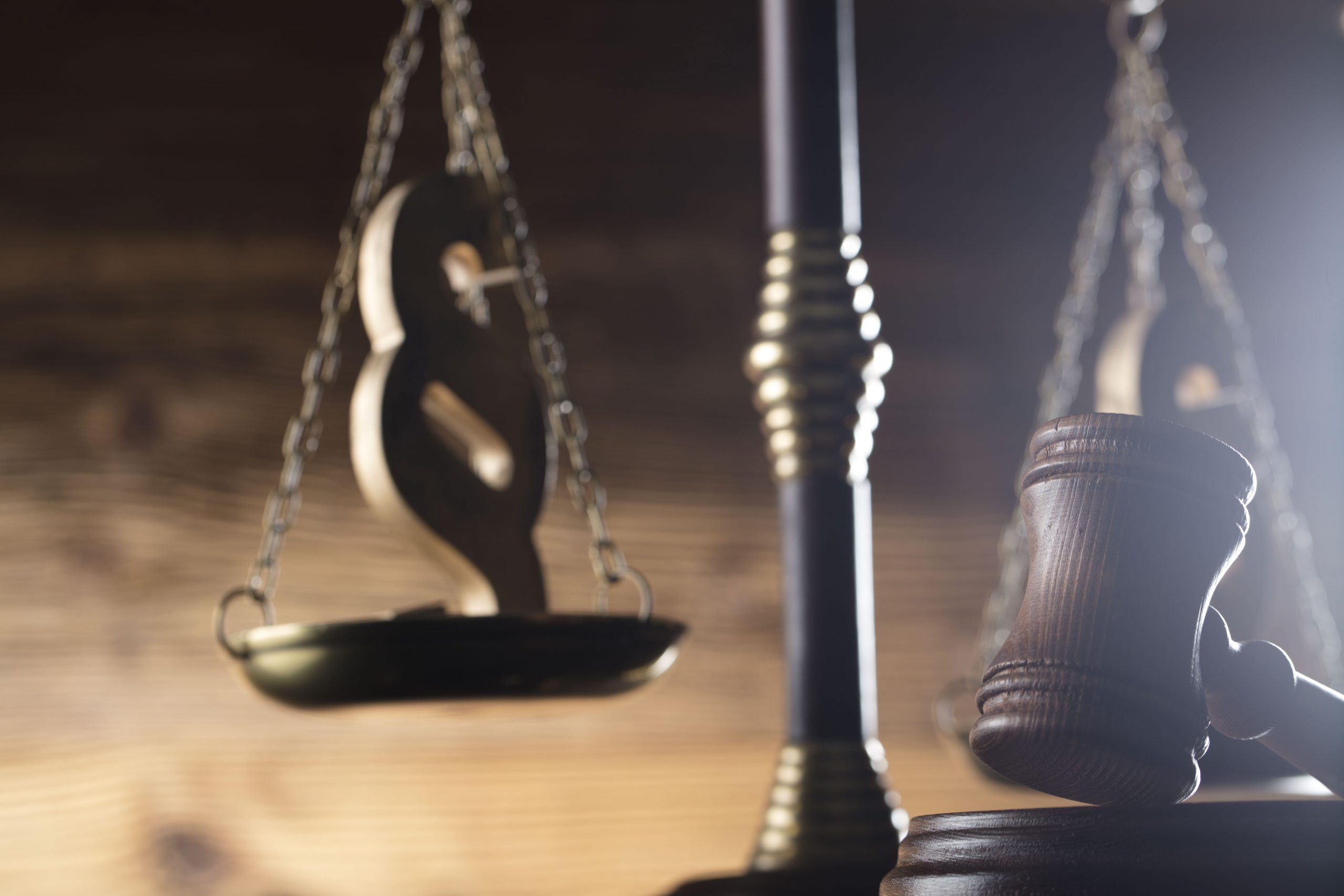 Daniel Horowitz’s Stolen Sovereignty: How to Stop Unelected Judges from Transforming America (2016), published before the presidential election, is proving to be prescient—even prophetic.

Horowitz is a columnist for Mark Levin’s Conservative Review who writes frequently about constitutional issues. In Stolen Sovereignty he decries “a runaway judicial oligarchy and an unaccountable bureaucratic state.” He is concerned that the Left “has irrevocably co-opted [the courts and bureaucracy] into serving as conduits for their radical and revolutionary ideas—to the point that even if we win back the presidency and elect only constitutional conservatives to Congress, . . . it won’t matter.”

These words may have seemed like hyperbole at the time, but the federal courts’ implacable opposition to President Trump’s executive orders on immigration suggest that they were on the mark. In a recent post, I expressed dismay at the judicial resistance to the President’s first executive order on immigration (E.O. 13769). Unelected federal judges blocked the President from fulfilling a campaign promise to the American electorate—without even citing the federal statute that expressly authorizes his action.[1]

Some commentators saw the Ninth Circuit’s ludicrous decision as nothing short of a judicial coup d’état. Rather than challenge it in the deadlocked U.S. Supreme Court, on March 6 President Trump issued a revised executive order (E.O. 13780), attempting to correct the alleged defects. Incredibly, the revised order has met with even stronger judicial resistance, spurring  multiple lawsuits and injunctions: a limited temporary restraining order issued by Judge William Conley of the Western District of Wisconsin, a partial injunction issued by Judge Theodore Chuang in Maryland, and a nationwide injunction issued by Judge Derrick Watson in Hawaii. (All three were appointed by President Obama.)

This judicial obstruction of the executive branch on matters expressly entrusted to the President by Congress grossly violates the separation of powers and constitutes a grave threat to our republican form of government. The courts’ usurpation of presidential authority should be deeply troubling regardless of one’s political affiliation. Indeed one libertarian legal scholar, Josh Blackman, who is no fan of the President (he signed the Originalists Against Trump statement prior to the election), has harshly criticized the judges’ interference with these immigration orders, calling the Ninth Circuit’s ruling a “contrived comedy of errors.”

In a three-part blog post for Lawfare on the revised executive order, Professor Blackman concludes that the President’s authority to act unilaterally pursuant to Section 1182(f) is well-established:

Presidents Reagan, Bush, Clinton, Bush, and Obama all issued proclamations under § 1182(f), and there was never even the hint that the notice-and-comment process was required.

There are about five dozen entries in the Federal Register that reference “[§] 1182(f)” in the context of denying entry to certain aliens. How many were formal rulemakings? Zero. Why? The executive order isn’t a rule, but an articulation of the United States’ foreign policy. . . . From a pragmatic perspective, it would be absolutely insane to require the President to go through a cumbersome rulemaking process to react to a sudden change in diplomatic relations or our national security. (Emphasis in original)

Blackman also rejects due process objections to the revised order:

No court has ever held that aliens that are seeking entry, who have zero connection to the United States, or its residents, have due process rights. . . . . In short, the small subset of aliens who would in fact be denied entry under this policy have no cognizable due process rights, and to the extent that courts find some interest exist, the review and denial by a consular officer provides all the process that is due. (Emphasis in original)

The injunction issued by Judge Watson in Hawaii is equally untenable, especially the application of the Establishment Clause to immigration laws.

What is going on here? Horowitz tells us in Stolen Sovereignty: life-tenured federal judges have steadily expanded their powers, beyond the passive role contemplated by the Constitution, to encompass almost every facet of modern life. They view themselves as black-robed overseers of the other branches—indeed, over the entire American public. In Horowitz’s view, the modest concept of judicial review expressed in Marbury v. Madison (1803) “has been transmogrified into complete authority over the future of sovereignty, marriage, culture, and the power to regulate every industry in our economy.” Simultaneously, the federal courts have become a bastion of liberal politics; unelected judges now wield more power than legislators; and judicial activism has become the favored means of Progressive policymaking.

Eerily anticipating the pending litigation over Trump’s immigration orders, Stolen Sovereignty expands Horowitz’s originalist critique of judicial activism beyond the familiar topics of religion, abortion, and gay rights to the oft-ignored area of immigration law. Horowitz argues that conferring citizenship on children born in the United States to illegal aliens,[2] and granting welfare rights to illegal aliens, [3] threatens our national sovereignty. “The final frontier of judicial tyranny,” Horowitz writes, “is to steal the sovereignty of the nation-state itself—to change the orientation and membership of the society without the input of the existing members.”

In addition to perpetrating the “myth of birthright citizenship” (based on a footnote in the 1982 case of Plyler v. Doe), and brazenly creating “equal protection” rights for illegal aliens, the Court has stripped states of the ability to enforce federal immigration laws.[4] Moreover, Horowitz recounts, lower federal courts have undermined the federal government’s immigration policies by interfering with the detention and deportation of illegal aliens, and by entertaining lawsuits brought by illegal aliens seeking driver’s licenses or other government benefits. With funding from George Soros, the Ford Foundation, and other sources, Horowitz contends, groups such as the American Civil Liberties Union and the National Immigration Law Center seek to open the nation’s borders even beyond the porous limits of the Immigration and Nationality Act of 1965.

Activist courts further erode the country’s sovereignty when they allow the states to sue on behalf of foreign nationals. The state governments do not have “standing” to compel the duly elected President of the United States to admit more immigrants, visitors, or refugees than he deems prudent. Congress has plenary power over immigration policy, which it has delegated to the President in the above-mentioned Section 1182(f). The lawsuits challenging Trump’s executive orders are baseless attempts to second-guess the nation’s foreign policy and national security.

The legitimacy of the Constitution rests on the “consent of the governed.” Courts have moral authority only to the extent that they interpret the Constitution in a plausible manner. The Framers considered the judiciary, because of its strictly limited powers, “the least dangerous to the political rights of the Constitution,” as Alexander Hamilton wrote in Federalist 78. The judiciary, he added, “can take no active resolution whatever,” lacking the executive’s sword and the legislature’s purse. “It may truly be said to have neither FORCE nor WILL but merely judgment,” in Hamilton’s famous formulation.

As the Supreme Court itself has held, “the wisdom of the policy choices made by [the President] is not a matter for our consideration.”[5] When unelected judges enjoin the President from performing a task expressly entrusted to him by Congress, the judiciary is not serving as a bulwark to our liberty, but as a tyrannical threat to it. To preserve the separation of powers underlying our republican form of government, Congress should rein in the jurisdiction of lower federal courts to prevent them from tampering with federal immigration policy.

What Was the Common Law Right to an Impartial Jury at the Time of the Constitution?

What Do These Two Think About the Office to Which They Aspire?