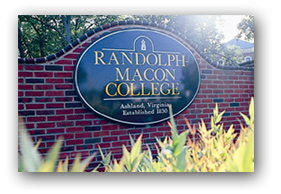 This November, political scientists will have an invaluable opportunity to undertake a case study in the effect of liberal education and liberal arts colleges on the rationality, integrity, and tone of our political discourse. I have in mind, of course, the Virginia 7th District contest between David Brat, Professor of Economics at Randolph-Macon College (link no longer available), and his colleague, Jack Trammell, who teaches sociology and directs the Honors Program at the same institution (link no longer available). If liberal education indeed has a salutary civic impact, shouldn’t it be on display over the next few months in Eric Cantor’s (soon to be) old district?

I am not alone in contending that liberal education is an essential preparation for self-government. Indeed, that argument has a distinguished pedigree, going back all the way to the ancient Greeks. In this connection, I need only observe that “liberal” shares a root with “liberty”: liberal education is the education befitting a free human being, one who is capable of governing himself and of participating in collective self-government.

This argument has various components. Perhaps the most common or prominent is that in order to govern yourself and participate in self-government, you have to know something, else you’re the victim of any clever and persuasive charlatan you happen to meet. This facet of the argument is behind the oft-stated concerns and compelling demonstrations that we the American people “don’t know much about history,” not to mention politics, the Constitution, and economics. I share those concerns, and in my most curmudgeonly moments have expressed a longing to establish some sort of (civic) literacy test to establish one’s eligibility to vote.

But I want to focus on a different contention here: liberal education is a preparation for citizenship because it cultivates habits of respectful engagement in a community dedicated to finding the truth. In this sense, students and teachers are colleagues in a collegial enterprise aimed at discerning the truth. In the classroom and on campus, we engage in conversations where the human capacity to reason (which Aristotle says makes us political animals) is cultivated and brought to bear on perennial human questions.

I’ll be the first to admit that this is a highly idealized picture of the contemporary American college. All too often, “logocentricity” is challenged and problematized, particular and passionate identity is elevated above common human enterprise, and student sensitivity is coddled at the expense of a rigorous examination of challenging arguments and ideas. Perhaps this too is a kind of preparation for participation in a diverse society, but I have a hard time seeing how people so prepared can come together and build any sort of community.

I recognize too that the office politics of the college or university can be brutal. I once heard the late Allan Bloom ask Paul Wolfowitz, then an official in the Reagan Administration, what the worst example of nasty politics he had ever witnessed was. Wolfowitz’s answer was that nothing beat the Yale Department of Political Science. When the stakes are low, petty passions often run very high.

But life at a small, relatively obscure (sorry, Randolph-Macon, but your students and faculty have probably referred to you as some sort of “best kept secret,” as have people at similar schools all over the country) liberal arts college ought to be different. We denizens of small liberal arts colleges love our students and love our institutions. As much as is possible for faculty anywhere, we put our egos on hold in the name of participation in a community of scholars. We’re less given to the posturing and cant that tend to characterize some people at higher profile places. When we have to live in close quarters with colleagues for the long haul, when writing our way into a more prestigious position is a long shot at best, and when the disciplinary silos that characterize our large research universities are basically nonexistent, we have to find ways of getting along with one another. We sink or swim together. Since no one is anonymous, or occupies an exalted academic station far above the rest of the mere mortals on the faculty, everyone is (or at least ought to be) accountable.

If these practical considerations are in the ballpark, then small liberal arts colleges ought to conform more closely than their larger, more impersonal cousins to the ideal I sketched above. And in the Brat vs. Trammell race in Virginia’s 7th District, we have a modest test of that proposition.

Will the candidates engage one another respectfully, on the level of ideas and arguments, or will they resort to innuendos and caricatures, conveyed largely by means of soundbites? Will they treat voters as people with whom they can reason, or reduce them to inhabitants of demographic categories, who can be moved and manipulated by particular symbolic appeals? Will they listen to, and not just talk at, their voters? Will they provide a fine and compelling local example of the genuine “national conversation” about which people are always talking, or just another instance of consultant-dominated politics as usual?

These two candidates, both of whom were themselves educated at small liberal arts colleges, have an opportunity to teach us not only about the civic value of such an education, but also about how politics can be the kind of humanly satisfying enterprise its greatest advocates have said it could be.

Regardless of which candidate wins (though my money is on Brat), I’d rather see The West Wing’s Josiah Bartlett emerge victorious than House of Cards’ Frank Underwood.

Bludgeoning Aspiration to Get to Equality

The college-admissions scandal enrages conservatives, who detest the concentrated power that today’s “best schools” represent; but we always had an elite.

The Purpose of a Liberal Education

Students young and old must free themselves to enjoy learning for its own sake.