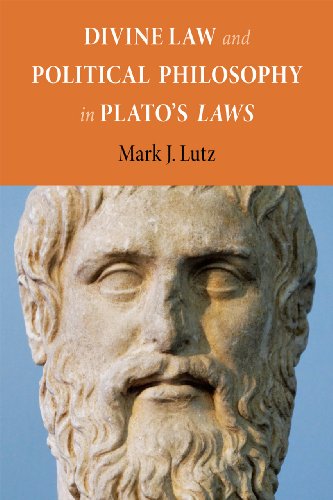 The loss of great literature in the schools and its replacement with something that is manifestly not great—and is meant in fact to put an end to the very idea of greatness—is no academic matter. As Plato taught us long ago, whoever controls the stories, what today we call “the narrative,” of any society, will inevitably control the society. If we give up our stories, we lose our surest means of teaching young people what is truly good and true and beautiful; we lose the best way of teaching them how to be human. Should we give that up because self-appointed educational experts apparently don’t know how to talk about a great book when it is put in front of them?

Call me old-fashioned, but it seems to me that if you were having a statewide discussion about education you would have to talk about books. Moreover, if the subject you were discussing was what used to be called English (now known by the horrendous acronym ELA), the debate would be over Shakespeare, Jane Austen, Edgar Allan Poe and other worthy storytellers and poets whose stories should fill our imaginations and whose words should be etched in our hearts. You would have to offer some indication, some hint, as to what great books are about: love, hope, despair, heroism, victory, in short, human life.

Such a conversation has certainly not taken place over the last few weeks in Indiana, as “Technical Teams” and “Evaluation Teams” have rushed to copy and paste and slightly re-word the Common Core in order to produce the Hoosier state’s “new” college- and career-ready standards. Far from having a conversation about real learning, the only thing the educational establishment in charge of this charade has talked about is “the process” of coming up with new standards.

It has produced a document that would guide schools in the teaching of English yet omits the likes of Shakespeare or Austen or Poe. The reason is that those responsible for re-crafting English standards in Indiana do not really care about great literature; nor do they show much concern for the English language. They certainly have not recognized that the primary innovation of the Common Core English Standards has been to take great literature out of English classes and to replace it with a combination of largely forgettable and often biased “informational texts” and depressing post-modern schlock that no child should ever read.

So they haven’t fixed anything. The school children of Indiana remain vulnerable to the mind-numbing, soul-shrinking, imagination-stifling, story-killing mandates of the Common Core.

If the drafters of the new Indiana English standards had been serious about writing “Hoosier standards for Hoosier students”—better still, had they been truly committed to keeping Indiana’s children from being robbed of the great stories that are meant to train their minds and shape their souls—those standards-writers would have built a protective fence around the study of literature and the English language, clearly distinguishing Indiana’s content and the teaching practices from what is now going on in 44 other states in the nation. Sadly, they did nothing of the sort. Judging by the draft they have produced, the copy-and-pasters of the Indiana standards are willing accomplices in the theft of our literary and moral heritage perpetrated by the authors of the Common Core.

To build such a protective fence, the Indiana standards committee would have begun by avoiding such ridiculous language as the following, which describes the intended “learning outcome” for the study of literature:

Read a variety of literature within a range of complexity appropriate for grades 6-8. By the end of grade 7, students interact with texts proficiently and independently at the middle of the range and with scaffolding as needed for texts at the high end of the range.

Shorn of edu-speak and translated into common English, all this means is that “students should read books really well.” But it is worse than that. In echoing the Common Core, this standard and those that follow offer no indication of what “a variety of literature” will consist in. Indeed, the standards-writers make a virtue of washing their hands of all great literature by claiming that the standards are not a curriculum. We are left in the dark concerning what students will be reading.

Had they even made the rather obvious suggestion that “students should read complete works of great, classic literature” and then provided a couple of examples, we could have hoped our students would learn to read English and understand the human condition by cutting their teeth on the highest standards of language and thought. Yet the seemingly innocuous word variety, when combined with the word diverse that appears in the elementary standards, and then further filtered through the current agenda of the publishing industry and the testing companies, virtually guarantees that most of what the students will be reading will not be the classics. It will be exactly what the Common Core architects want it to be.

To the uninitiated, such charges may seem a stretch. But a little more investigation will bring new clues to light. Another Common Core code word that is copied-and-pasted by their Hoosier accomplices is complexity. How does one figure out these days how complex a text is and where it fits in these various ranges—which may or may not require scaffolding? The Indiana standards are silent on the issue.

The writers of progressive standards never allow the great writers themselves to be the standards. Never do they recommend, for example, that by the fifth or sixth grade students should be able to read Twain’s Tom Sawyer or by the seventh or eighth grade be able to tackle one of Shakespeare’s easier plays, such as The Tempest. Rather, the Common Core uses something called the Lexile Framework. This ridiculous model of text “complexity” significantly undervalues great literature written in straightforward, everyday language. So inaccurate is the Lexile Framework that it rates Steinbeck’s The Grapes of Wrath at a second or third grade level. Considerable scaffolding would be needed by third-graders attempting to read Steinbeck.

Since the Indiana draft standards remain silent on the issue of how the complexity of texts will be judged, we must assume that the authors are either wholly ignorant of how the Common Core actually chooses readings or that they tacitly embrace that agenda.

That the copy-and-pasters are not attempting to make any great stand for literature can be easily seen in their following the Common Core when it comes to so-called “non-fiction texts.” Here only the name has changed; where the Common Core authors prefer the term “informational,” their Indiana accomplices use “non-fiction.” By non-fiction texts, the standards-makers do not mean great writing as found in the Declaration of Independence or great oratory as found in the Gettysburg Address or meaningful lives as found in the Autobiography of Benjamin Franklin. You would hardly need a separate set of standards for these works that were once studied in English classes as a matter of course.

If the standards-writers meant such great works to be studied, they would tell us. Rather, an informational or non-fiction text can be almost anything you want it to be: a government form students learn to fill out because the government is always looking after our safety; a blog post by a scientist helping out with the Mars landing; the frequent invocations to save the environment littered throughout the modern school curriculum; an article on the costs of health care published as Obamacare was being debated; vignettes by modern scholars painting the Founding Fathers as racist and sexist; or an article on the “evolution of the grocery bag”—all rather strange topics for an English class. Yet the Indiana standards-makers have their heads buried in the sand on this issue. They simply copy and paste the Common Core standards on informational texts, without offering any indication as to whether, by “non-fiction,” they mean Abraham Lincoln or grocery bags. The textbook industry will, of course, be delighted to make that choice for Hoosier students.

Had the Indiana standards-writers really meant to rescue these students from the Common Core, they could have done other things. They could have shot down the ratio of informational-to-literary texts found in the Common Core—that is 70-30 by the senior year, to the disadvantage of literature. They could have stemmed the tide that is eroding appreciation for classic works by inserting a line like the following: “While a few modern classics, such as To Kill a Mockingbird, should obviously make their way into the English curriculum, we would expect the preponderance of literature to have withstood the test of time.” Such a line, without dictating curriculum, would signal to schools that giving over one half of an American literature class to works written after 1914—including selections from such great writers as George Clooney—as happens in the Pearson/Prentice Hall literature textbooks, would not be considered a true standard in Indiana.

The Indiana standards-writers also could have been true to their word in not dictating instructional practices. In bold print we find the words, “The standards do not define how teachers should teach.” That is simply an outright, well, . . . falsehood. Requiring teachers to require students to “demonstrate knowledge and use of agreed-upon rules for discussions and identify and serve in roles for small group discussions or projects” is in fact dictating progressive teaching methods that date back to John Dewey. Requiring teachers to require students to “create engaging presentations that integrate multimedia components and visual displays to clarify information, strengthen claims and evidence, and add interest”—i.e. make Power Point presentations—is likewise dictating a teaching method. Requiring teachers to require students to “analyze the development of a theme or central idea over the course of a work of literature, including its relationship to the characters, setting, and plot”—this we all recognize as the same mechanical, intellectually bankrupt way of reading literature that most of us were bored to death by in school.

Far from being “Hoosier standards for Hoosier students,” which is what the Governor and the education establishment promised, the proposed Indiana standards follow the Common Core in sacrificing great literature to dubious informational texts, in failing to urge the reading of complete stories, in bowing down to the idol of technology which is rapidly turning teachers into glorified computer monitors and students into drones, in offering no reliable standard by which to judge good literature, and in mandating the same lifeless ways of reading literature that have failed to engage students for two generations.

Because the Indiana drafters have used the same language as the Common Core, when it comes time to adopt a curriculum and “resources” that are “aligned” with the Common Core, all the textbook publishers have to do is take off the Common Core logo and slap on an “Indiana College and Career Ready” logo.

Far from putting a fence around Indiana to promote the sensible teaching of English, the writers of standards have invited in the robbers and shown them where all the valuables are.

Scalia and Ginsburg on Constitutional Amendments

Remembrance of Things Past

The Giver is not political philosophy, but it’s the next best thing: science fiction.