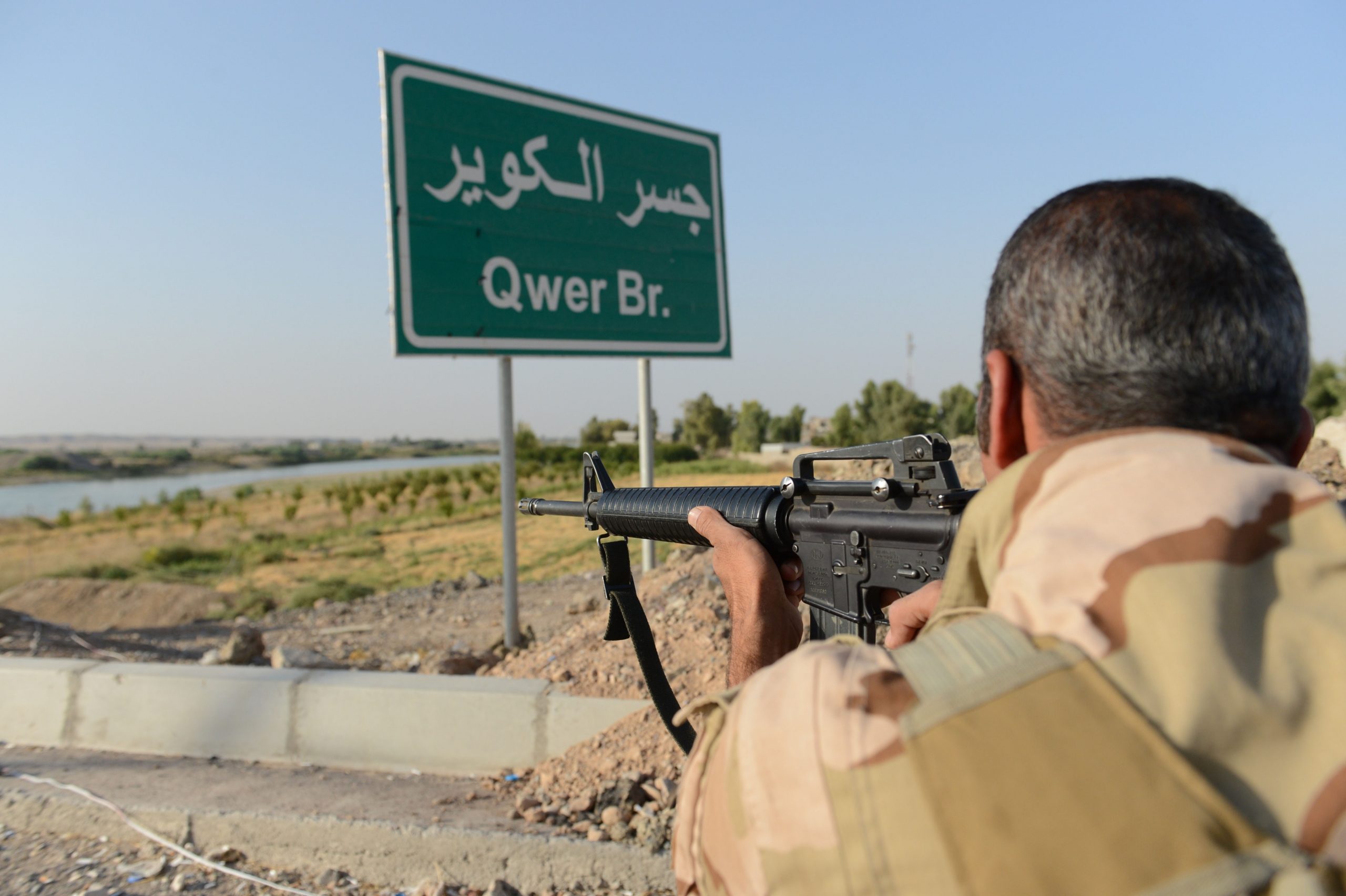 President Obama’s order for air strikes that are to last “several months” against the northern and eastern edges of the Islamic State In the Levant (ISIL) is a small part of a political effort to promote a “more inclusive” Iraqi government in Baghdad. This undercuts the missions that American air power could accomplish in short order – namely strengthening Kurdistan, America’s only ally in the region beside Israel, and saving the masses of refugees now fleeing ISIL. Nor is it part of any strategy for dealing with ISIL.

Obama’s objective is neither more nor less than that of George W. Bush: birthing “a united, democratic Iraq.” U.S. aid is meant to stimulate the forming of a new Iraqi government “that represents the legitimate interest of all Iraqis.” In short, Obama is using the air strikes as bait with which to influence intra-Iraqi political bargaining. The only change from the Bush administration is the diminution of the bait.

But settling the quarrels of Mesopotamia’s Shia, Sunni, and Kurds is a fool’s errand. Since these peoples dislike one another and wish to live in (at least) three separate states, a united Iraq is possible only if one of them lords it over the others. America killed Iraq by introducing democracy, which has ensured separation of these three groups. Nothing that Obama might do can revive Iraq. Expecting new attempts to yield results different from those of previous ones is as good a definition of madness as any.

The insincerity of Obama’s August 7 official declaration of purpose – protecting Americans in Erbil, Kurdistan’s capital, and rescuing uncounted thousands of Yezidi and Christian refugees from ISIL – was clear from the conditionality of his commitment: to strike ISIL forces ranged against Kurdistan (“should they move toward the city”) and to help the refugees (“if necessary, to help forces in Iraq as they fight to break the siege…”). Obama knows very well that the Kurdish army is not going to allow ISIL inside Kurdistan’s borders, and that no Iraqi forces are fighting to rescue the refugees. U.S. strikes in these areas have been token gestures at best. Obama is not worried that Kurdistan will fall any more than he is concerned for the lives of the refugees.

Obama’s commitment to “the only lasting solution…reconciliation among Iraqi communities,” however, was unconditional and central to his order. On Sunday, August 10 Senator Jack Reed (D-RI) explained the President’s position on Face the Nation: “we have to begin at the fundamental core, which is leadership in Baghdad, Iraqi leadership, which will work together in a unified way to defend and protect their country and defeat ISIS.”

There is, however, no such thing as one set of persons whom “Iraqis” might recognize as leaders because there is no such thing as an “Iraqi” people. Power in Baghdad which once was in the hands of the Sunni minority is and will remain in the hands of the Shia majority. The Kurds are long gone. The governmental structure is a Potemkin village that exists as a receptacle of U.S. money. Nor is there an Iraqi army. What Americans called an army, composed as it was of multiple religious groups, disintegrated at first shock. Much of its American equipment is in the hands of ISIL. The people now defending Baghdad are Shia militia, who are religiously motivated to kill Sunnis with their teeth if need be. U.S. policy, however, decries this and is all about tinkering with the government and re-constituting an army with secular motivation. Madness.

The first fruit of Obama’s campaign was to induce Fuad Masum, Iraq’s Kurdish figurehead president (surely as payment for the little U.S. help coming Kurdistan’s way), to ask the Iraqi parliament to confirm Haider al Abadi to succeed Nouri al Malaki as prime minister. This simply set up an armed confrontation among Shia factions, which the U.S. embassy resolved by bribery. Odds are that this opera buffa coup will produce results similar to the one that John F Kennedy’s “best and brightest” engineered against Ngo Dihn Diem in Vietnam a half century ago – also in a foredoomed attempt to achieve a more inclusive government. They never learn.

Meanwhile, America has relaxed – but only temporarily – what had been an embargo on arms for the government of Kurdistan. The U.S. prevails on other countries not to purchase oil from Kurdistan – a “secondary sanction” such as we have not imposed even on Iran, never mind on Russia. America has done all this in order to prevent Kurdistan from declaring de jure the independence it has been enjoying de facto. So wedded is our bipartisan ruling class to the fiction of a “united, democratic Iraq” that it refuses to see, much less to appreciate, the reality of Kurdistan which, with its own army, language, flag, and resources, has kept for the past dozen years the only island of peace and pro-Americanism in Mesopotamia.

In short, today as ever, our bipartisan foreign policy establishment refuses to pay attention to why various sets of foreigners fight. Hence they insert themselves into quarrels without a sense of what might achieve America’s peace.

Here in a nutshell is Mesopotamia’s reality and America’s interest.

The Kurds are fighting for an independent Kurdistan, and for no other reason. The U.S. can try to frustrate that intention, but it cannot change it. In fact, an independent Kurdistan is in our interest. The Shia are fighting for as much of what had been Iraq as possible. Immediately and most fiercely, they are fighting against Wahabi-led Sunnis who have set about doing what their ancestors did two hundred years ago in Karbala, Najaf, and wherever else they penetrated, namely massacring every living thing. Nothing that America is prepared to offer can provide an alternate focus. But Obama’s meddling can and has weakened their effort. ISIL is an extension of the Wahabi movement, empowered by arms from Turkey, money from the government of Qatar as well as from private Saudi sources, and filled with recruits turbocharged by success. Principally, it is the Muslim world’s trouble. That world will deal with it.

The battles now raging in Mesopotamia are the locals’ battles. The details are none of our business. Establishing respect for America is our business. If and when we do interfere, our interest is to impress upon all that being on America’s wrong side means sure death and ignominious defeat. Hence any and all U.S. military operations should inflict disasters, not pinpricks.

Does the President Have Authority to Bomb ISIS in Iraq without Congressional Authorization?

Members of the Obama administration have put together a book of “deeply moving stories” that “show us how hope becomes real, sustainable change.”

The President’s Disastrous Version of Bipartisanship