Indiana’s “new” English Standards indicate that it will remain under the thumb of Common Core. 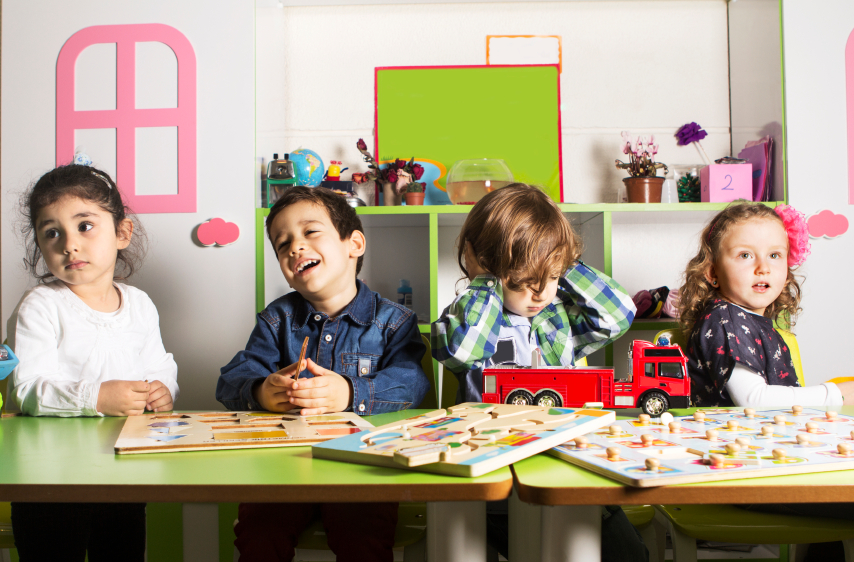 For four years now, the nation has been told how rigorous the Common Core English Standards are and how they are going to lead to “college and career readiness”: this to be done chiefly by taking great literature out of English classes and replacing it with utterly forgettable “informational texts.” For the past month or so, we in Indiana, having pulled out of Common Core, have been told by the state educational establishment that Indiana’s “new” college-and-career-readiness standards will not be an echo of Common Core but instead will be much more rigorous than Common Core. They will be standards written by Hoosiers for Hoosiers. Well, the new draft standards released just Wednesday are in fact an echo of Common Core as anyone who is able to hold two documents side by side can clearly see.

But let’s pretend for a moment that these standards are not Common Core, and rather look at them with an open mind by asking whether they might accomplish something profound and fundamental, such as guiding teachers in teaching students how to read. To this end, let’s read a sentence that might be derived from following these standards. Here it is:

The boy walked out to play, but it was night, so he quit.

At what grade does the reader imagine a student might first encounter that sentence, or the more difficult words in that sentence? First grade, perhaps? Would not a student who first studied those words in the second grade be far behind? Well, according to the Indiana draft standards, this material would challenge a third- or a fourth-grader. That’s right, a nine- or ten-year-old. Need proof?

Thus the standards call for the introduction of “grade-appropriate words” such as walk and play in the third grade and even “more difficult” words at grade four, when students will first learn about light, night, fight, and, we hope, blight (the last being the effect of these new Hoosier standards on the reading abilities of Hoosier students).

From these standards I derived my hardly poetic and not entirely sensible sentence. Not having enough time in the three work days we have been given to digest these standards to embark on an internationally benchmarked study, I did the next best thing. I called my six-year-old, home-schooled kindergarten boy into the room and invited him to read my standards-based sentence. Yep, he read it. In other words, the new Indiana reading standards actually delay reading fluency by, oh, three to four years.

This is the kind of thing one finds throughout the absurd jumble that is the Indiana ELA standards, which are meant to replace the absurd jumble that is the Common Core. The supposedly new standards do not accomplish what they ought to accomplish in the way of basic reading and language instruction. Meanwhile, they make pie-in-the-sky promises for other aspects of children’s study of English, promises which teachers who follow the standards cannot possibly deliver.

Most egregiously, in the K-5 standards there is a large section called “phonics” that does not live up to its name. Either that term is chosen to trick parents into thinking their children will be learning to read through a genuine phonics program, or its use reveals that the authors of the standards have no idea what they are doing. Proof number one: The use of the term “sight words” (K.RF.4.4, 1.RF.4.4, 2.RF.4.4) reveals the reliance on whole language methods as taught in education schools. Words read by sight (which the neuro-linguists show is not how we read) are by definition not read phonetically.

Proof number two: Calling upon children to “recognize the long and short sounds for the five major vowels” (K.RF.4.3) shows that the authors of the standards have no idea that all vowels except one make more than two (the long and short) sounds. For example, think about the word father. You do not call your father your făther. Nor do you call him your fāther. And, contrary to what the faux-phonics programs used by the schools tell us, the /ah/ sound in father is not irregular any more than is the /ee/ soundin stadium. These are regular sounds made by those vowels, yet those sounds are not taught under the direction of the Indiana standards. Notice the irony. The second i in Indiana makes a sound that is neither the long nor the short sound of the vowel. There may be no I in team, but there are two i’s in Indiana, and one of them the authors of the state’s reading standards have not figured out.

Proof number three: At no point in the standards are teachers called upon to teach all of the phonograms in isolation. So far have we gotten away from the basic principles of English orthography (i.e. the study of correct spelling) that these terms may confuse many people. But it is really quite simple. The phonograms consist in the letters of the alphabet with all of their pronunciations along with regular letter combinations (such as ch, th, igh, ough) with all of their sounds, too. All of these phonograms should be taught in isolation in kindergarten and first grade. Furthermore, students should learn to spell by breaking down each new spelling word phonogram by phonogram. Without learning the phonograms in isolation, students will not be able to sound out words properly nor understand why words are spelled the way they are. Teachers will turn perfectly regular words into “sight words” and “outlaw words.” That is, they will attempt to teach reading and spelling through whole language, a bankrupt method of reading instruction leading to semi-literacy. In short, the failure to embrace genuine phonics in these standards leads to the promiscuous scattering of pseudo-phonics techniques throughout the elementary grades, which in turn leads to fourth-graders reading on a first- or second-grade level.

The absurdity does not end there. While the reading standards will delay students’ reading by two or three years at least, the speaking and listening standards will apparently turn every six-year-old into a Socrates. Here are a couple of Kindergarten standards:

K.SL.1: Listen actively and communicate effectively with a variety of audiences and for different purposes.

K.SL.2.1: Participate in collaborative conversations about grade-appropriate topics and texts with peers and adults in small and larger groups.

Wow! A variety of audiences! Collaborative conversations! I have only two questions. Have the authors of these standards, whether the original authors of the Common Core or the copy-and-pasters of the Indiana standards, ever been into a Kindergarten class? Do they even have children? Everyone who has ever been around Kindergarteners knows that they cannot engage in a true conversation. A teacher can read to students of that age and ask them pointed questions that elicit quick responses. They can engage in back-and-forth exchanges that are familiar to them, such as those found in legitimate phonics and grammar programs for that age. But a conversation?

If you attempt to ask six-year-olds about the “characterization” of a certain fictional horse in a story (using some of the silly techniques of reading literature advocated in these standards) you will likely learn which children have grandparents who own horses, who rode horses on vacation last summer, what the children’s favorite colors for horses are, everything, in short, but what you are looking for. Every sensible person who has spent time in the early elementary grades knows this. Yet the authors of these standards have six-year-olds not only playing Daniel Webster in front of a variety of audiences and for different purposes (what purposes? we must ask) but actually carrying on collaborative conversations with peers, i.e. among themselves without the teacher leading them. Allow me to throw down the gauntlet. Any member of the drafting committee who would like to undertake such a feat is hereby challenged to do so. And please put it on youtube.

This absurd incongruity is one of the leading characteristics of the supposedly new Indiana English standards. We are invited to be overjoyed as we skip down the Yellow Brick Road to College and Career Readiness, preparing our children for a Twenty-First-Century Global Economy by putting them behind computers and by having them act out “assigned roles” for “small group discussions and projects” (as though project-based learning has not been tried and failed over these last forty years). Meanwhile, we have children being introduced to the word night in fourth grade, and we utterly fail to teach even the letter A properly. Our gregarious Daniel Websters will be encouraged to talk a blue streak and to make Power Point presentations and to use the internet whenever they do not know something, which will be often. They just aren’t going to be able to read very well.

An Education for This Republic

Contra Centralization of Our Children’s Education

Is there anything beyond hating the New England Patriots that can unite Left and Right? One perhaps surprising answer is the issue of public education.