Gordon Lloyd’s paper entitled “Marshall v. Madison: The Supreme Court and Original Intent, 1803-1835” was recently published in the journal Criminal Justice Ethics 32:1, 20-50. The paper is ambitious. It seeks to answer the question of “When reading the opinions of the Marshall Court, is one reading an exposition which takes its bearing from the American Founding or reading an interpretation which relies on a philosophy of jurisprudence that can be separated from the Founding?” Lloyd notes the majority view of scholars that separates Marshall from the Founding and, accordingly, invites “justices to be non-originalists.” A minority view from more conservative scholars argues if Marshall is understood as he understood himself, we find “a Marshallian originalism grounded in the principles of the Constitution.”

To that end, Lloyd provides a comprehensive account of the Marshall Court’s use of the Framers, and weighs the degree of its attachment to the concept of Madisonian Originalism. Lloyd, in this light, also reconsiders Marbury and challenges the minority view on Marshall noted above. In doing so, we now have 3 Marshall schools of interpretation after this paper. Lloyd’s account may be the new kid, but it packs a punch.

Lloyd’s empirical account of the Marshall Court’s references to the Founding notes that 109 of the Marshall Court cases, 10% of its total, raised constitutional questions. Of these, 33 made at least one reference to the Framers or about 30%, which is the same ratio, Lloyd notes as the Burger and Rehnquist Courts. 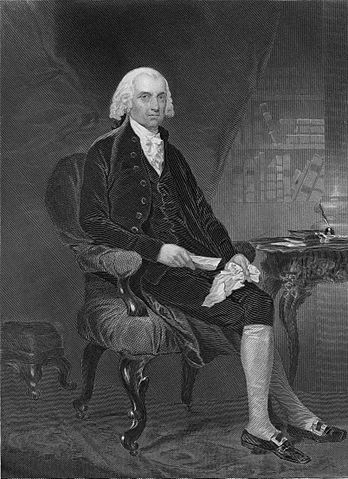 Back to methodology, so what exactly is Madisonian Originalism? After noting that at one level it means a tribunal to prevent an appeal to the sword or dissolution of the compact per Federalist 39, Lloyd argues that it also means a Court that does not impose its will on the elected branches. So it takes seriously the notion that it is an “auxiliary precaution.” The Court should not claim “we live under a Constitution but the Constitution means what we say it means.” Madisonian Originalism contends

that the meaning of the Framers’s understanding is to be discovered in the decisions of the State Ratifying conventions, the records of the Federal Convention and the First Congress, and such contemporaneous expositions as the Federalist. Moreover, the Constitution requires a “liquidation of meaning” over time; put differently, Madisonian originalism requires both “initial consent” and “recurring consent.”

So we might say that Marshallian Originalism and Madisonian Originalism are the two conceptions foremost for conservatives in getting right with a non-progressive jurisprudence.

As you can see, the paper is a tour de force of analysis. I did want to focus on Lloyd’s analysis of Marshall’s reasoning for purposes of the originalist/non-originalist debate in a second post. Lloyd hones in on the 3 landmark cases Marbury, McCulloch, and Gibbons and also considers Fletcher v. Peck and Cohens v. Virginia.

The generic reference to the Framers dominates the citation mode. Marshall wrote 24 of the 33 opinions and used a generic cite to the Framers 19 times. Interestingly, when a founding source was cited by a dissenting opinion, The Federalist was used overwhelmingly.

Lloyd argues that the empirical evidence raises “the possibility of an Originalists’s Nightmare, namely, having to choose between the originalism of The Federalist and the originalism of Marshall and . . . realizing that Marshallian Originalism “opens up the Constitution” to the jurisprudence of non-originalism.” If we try to answer the question of what “the Marshall Court in general, and Marshall in particular, have to say, or not say,, about the American Founding?” we might be surprised. More to come . . .

“How I Met Your Mother” Studies and the Pursuit of Happiness

On Function and Dysfunction in Congress

Competition, Federalism, and the Founders

Progress of a Conservative