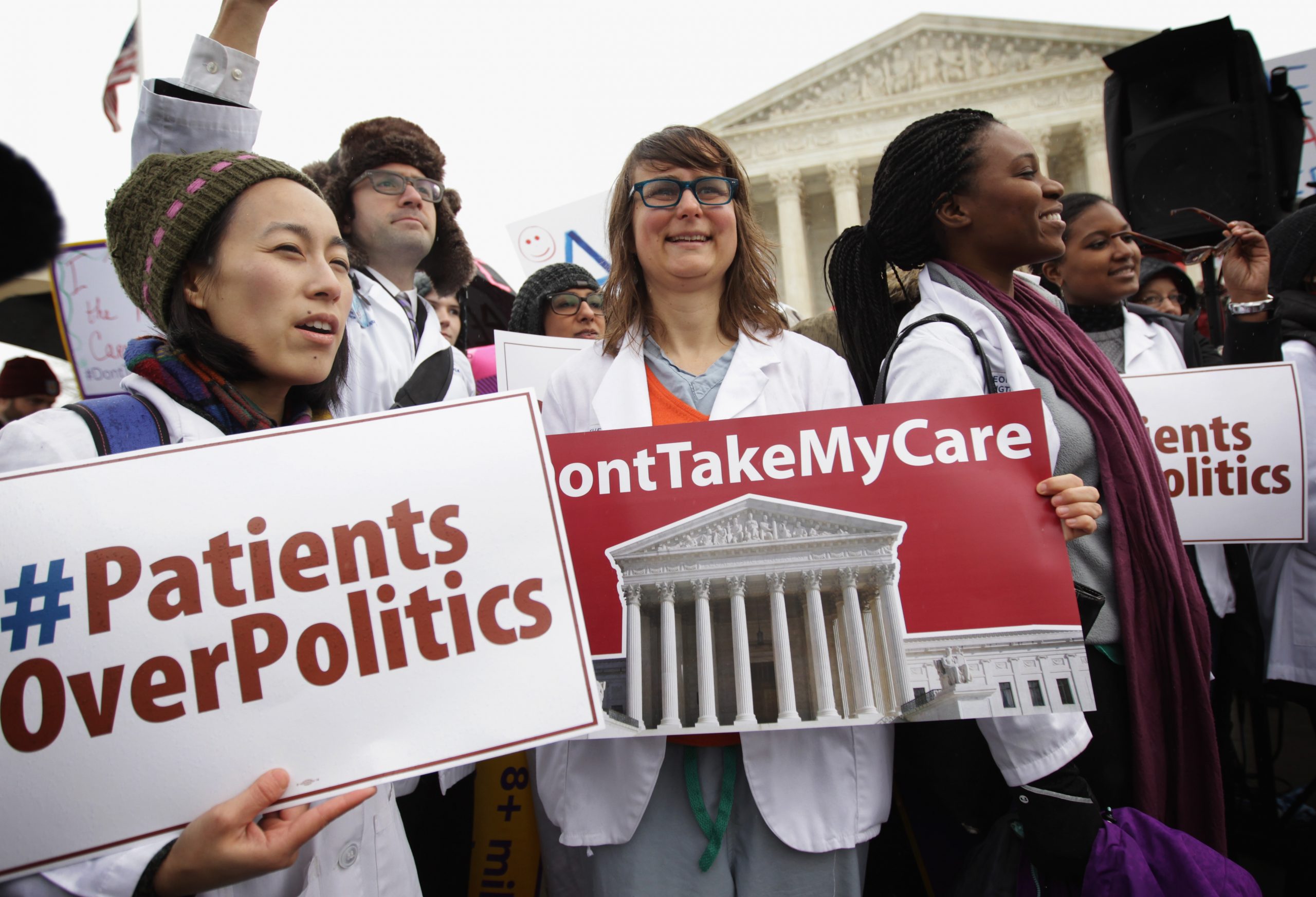 Jack Balkin has made an interesting observation about the argument in King v. Burwell:

One of the strongest arguments for the government’s position in King v. Burwell has been based on consequences: if the Supreme Court denied insurance subsidies to customers on federal exchanges, the consequences will be disastrous both for insureds and for the states.

But he goes on to note that not all the justices agree on the consequences, pointing out that unlike some of the other justices, Scalia thinks that Congress would fix the statute if subsidies become unavailable on federal exchanges. Balkin thinks this disagreement may prove a problem for the success of the government’s argument. I think the disagreement provides yet another reason that arguments based on such consequences have no place in the judiciary’s determination of the meaning of a law.

In my view, the meaning of a statute, like the meaning of a constitutional provision, is established at the time it was enacted. The future behavior of Congress does not bear on this meaning. While some statutes may contain ambiguities and vagueness, we have legal methods of interpretation, like canons of interpretation, to help interpret them. In some contexts, consideration of consequences may possibly be part of an argument about Congress’ intent, but that is not what Jack seems to mean here. Congress’s capacity to make changes to the statute in subsequent years does not bear on any intent relevant to the statutory meaning of the issue in this this case—whether subsidies are available on exchanges established by the federal government, when the text on its face makes them available only to those established by the state.

Jack’s observation about the radical disagreement of judges on consequences provides yet another reason why judges should not consult consequences per se. It is true that judges may disagree about more traditional legal materials as well, but these materials are historical, empirical facts that have the possibility of an objective answer, just like other facts. In contrast, consequences are a predictive, not historical matter: there is not a fact of the matter at the current time. Congress may or may not fix the statute if it is struck down. And these predictions are thus likely to be more dependent on matters like the degree of one’s trust in the current Congress, which surely turns in part on its ideological proximity to one’s own views. The Solicitor General’s incautious ridicule of this Congress at oral argument provides a paradigmatic example of the problem.

Moreover, judges are experts in legal materials. That is why Alexander Hamilton was comfortable giving them the responsibility for judicial review. But judges have no special ability at prognostication.

Two caveats apply: First, nothing said here suggests that predicting policy consequences should have no place in politics more generally. I am a welfare consequentialist in political philosophy and believe that we can improve politics through the use of modern information technology to predict the consequences of policy. But these tools are best left to institutions other than the judiciary. Consequentialist thinking in the judiciary will tend to unravel their distinctive legal expertise, because it will make them more likely to indulge in their ideological priors.

Second, in King v. Burwell, one of the government’s arguments derives from the administrative law doctrine called Chevron that it is the executive’s place, not the judiciary’s, to resolve ambiguities in statutes. I am not an enthusiast for this doctrine, and I have some skepticism that it applies here. But if it does, the executive might be able to take consequences into account in its policy decisions about how to apply the statute in the interstices created by ambiguity.

The New Deal Constitution at 75

Is Original Methods Originalism Based on a Normative Argument? A Response to Jack Balkin