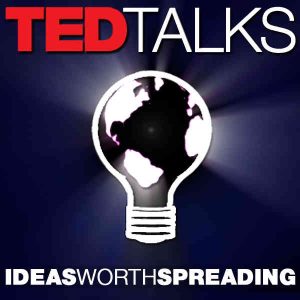 Americans have always been strivers. Since at least the 19th century we have been eager to file into lecture halls to be talked at by experts. Those obnoxious-seeming TED talks that I’ve tried to avoid are not a new feature of our national life. As others have pointed out, TED’s great-great-granddaddy is the Chautauqua, named for the rural meetings at Lake Chautauqua in New York state, which began in the 1870s and became a nationwide circuit of lectures and instructional assemblies.

Chautauqua favorite William Jennings Bryan toured with his “Prince of Peace” speech all around the country, giving it several thousand times. The Presbyterian Bryan preached temperance, and politically speaking, he was the populist voice of rural Americans who felt taken advantage of by bankers and other business interests.

Another Chautauqua star was Russell Herman Conwell, whose “Acres of Diamonds” shtik was so lucrative it earned him enough money to found Philadelphia’s Temple University. One could consider Conwell to be Bryan’s opposite number. He told his audiences: “You ought to spend time getting rich.”

Conwell’s legendary and interminable speech is in the vein of Norman Vincent Peale and the other self-improvement gurus Americans know so well, those avatars of what Walter MacDougall called “Puritanism and its flipside” (the self-promotion of the confidence man).

What I like about Conwell in particular is where his influence shows up. Almost certainly, one passage of the “Acres of Diamonds” speech made its way into Jackie Mason’s consciousness. The borsht belt entertainer waxes quite Conwellian with his bon mot:

“Money is not the most important thing. Love is. Fortunately, I love money.”

TED talks on the subject of money were among the few radio-listening choices during a long car trip recently. Now that I’ve heard some of the spiels, I wish I could say they improve upon the windy, baffling, and crude Chautauqua oration that made old Conwell quasi-famous. They don’t—but they are shorter, and they at least tell us something about what Americans admire in an intellectual these days.

It had been my impression beforehand that those who gave TED talks—the acronym stands for Technology, Entertainment and Design—were politically correct overachievers who bonded with audiences by sending out signals of smug self-approval. And so most of them turned out to be. I wasn’t prepared, however, for the glib social science of the talks I heard sampled on the air (which I later watched in full).

Academics, when they appear on panels, are wont to critique each other’s work by saying, what’s new about it isn’t true, and what’s true about it isn’t new. The half-dozen TED talks I saw grouped themselves on one side of that equation or the other.

Winning the lottery can ruin people’s lives, while giving to charity raises people’s spirits. To scientifically prove these things you already knew, Michael Norton, a psychologist at the Harvard Business School, put some individuals in an exotic situation and called it a study of human nature. He gave money to participants in his experiment, to be spent that same day. The first group was told to spend it on themselves while the second group was told to spend it on others. The latter reported feeling in a better mood. The former did not.

Dr. Norton’s conclusion: “If you think money can’t buy happiness, you’re not spending it right.” This Jackie Mason-ish line is a TED-talk flourish to get our attention. He means generosity is good for you.

Paul Piff, a Berkeley social psychologist, set out to test whether rich people are meaner than others. He proved that they are, and also that they didn’t build that, as someone once said in a non-TED talk.

Dr. Piff rigged a Monopoly game in favor of some participants. In his 2013 TED talk he plays a video purporting to show that those who were arbitrarily made “rich players” behaved in a rude and superior way toward those who were arbitrarily made “poor players.” Also the “rich players” afterward credited their own acts, more than the obvious rigging of the game, for their victory. This proved, he says, that those who are rich in real life feel entitled. (Most exulting “rich players” were male and an especially downcast looking “poor player” was female; if he controlled for gender, he does not mention it.)

The Monopoly experiment, he says, “can be used as a metaphor for understanding society and its hierarchical structure.” Citing other studies and surveys, he and his researchers found that wealthier people “are more likely to moralize greed being good, and that the pursuit of self-interest is favorable and moral.”

The idea of an action’s being mutually beneficial—neither strictly self-interested nor strictly selfless, such as running a business that provides a service to customers—did not seem to be part of his understanding. Who knows whether it was part of the understanding of those who had responded to those surveys?

Another experiment Dr. Piff conducted involved California motorists, who by law have to halt at an intersection when a pedestrian is waiting to cross. Traffic was recorded over several days. He shows us on a video screen that every single driver of a cheaper car stops as he or she is required to. In contrast, many drivers of expensive cars blow right past the tester posing as a pedestrian. Dr. Piff cites BMWs and—shockingly—Priuses. Now that the virtue of the planet-custodial hybrid buyers is impugned, social science ought to investigate! Of this Dr. Piff says nothing. He does, though, note a huge city bus seen whooshing across the screen, through the intersection and in defiance of the law, and he jokes that it “almost runs our pedestrian over.” No TED-talk theory is offered to explain the bus infraction.

Toward the end of the talk, he really gets up on the soapbox about privilege, entitlement, and “unprecedented levels of economic inequality,” a catchphrase of our political debate since President Obama’s re-election. TED talks typically do not end on a negative, however. Dr. Piff turns it around at the finish by saying that some of the rich are starting to come around and act for the common good. He speaks of Bill Gates and “dozens of grassroots movements” that are springing up. On line I found a group he mentions, and its announcement of a new “website for wealthy people to show their support for the Occupy movement.” (Activities such as handing the tent-dwellers bundles of cash would undoubtedly boost these people’s moods.)

Social science in the service of the causes of the Left—what’s true isn’t new.

The end of the 19th century brought a curious political obsession to the forefront of U.S. politics, and The Wizard of Oz was one result.

The Scopes Trial and the Problem of Democratic Control