Subjects are not necessarily interesting in proportion to their importance and the dullest of matters may be the most crucial. That is why disputes about health economics are both heated and boring, a most unfortunate combination of qualities. One approaches the subject only with a sinking heart and the hope that one will not have to think about it for long.

There was a paper recently (26 December 2013) in the New England Journal of Medicine that, it seemed to me, raised important economic questions, or rather, to use an old-fashioned term that in this case is more appropriate, of political economy. I do not pretend to be either economist or political philosopher enough to answer them, and I ask them in a genuine spirit of inquiry.

The paper, by Finnish authors, concerned the proper treatment of meniscal (cartilage) tears of the knee without obvious traumatic origin and without concomitant osteoarthritis. Many of these operations are performed annually, 700,000 in the United States alone at a direct cost (according to the paper) of $4 billion, that is to say between $5 and $6,000 each. Presumably many are also performed in Europe, so that the total figure in the world must be well in excess of 1 million per year.

The authors of the paper doubted the efficacy of these operations and so performed a double-blind trial to compare the results of real with sham operations. The latter involved everything up to the actual removal of the torn cartilage. The patients (obviously good sports) agreed to take part in the experiment.

The real operation proved no better than the sham twelve months afterwards. It was completely useless, at least from the patients’ point of view: their mobility was not increased by it, neither was their pain decreased by it. In effect, the operation was no better than placebo.

Thus an immense amount of highly-skilled human activity has been shown (if the results are reproducible, which for reasons too lengthy to go into, I think it likely that they are) to be completely futile in the pursuit of their ostensible purpose, namely the relief of patients’ disablement and suffering.

Does that mean, however, that all this immense labor is futile tout court? That, surely, is another question, which cannot be answered in quite so summary a fashion.

Futility is not a category found in non-human Nature, and can only be predicated of activity by comparison with a human purpose. If we suppose that most orthopedic surgeons (one of whose commonly-performed procedures is precisely this operation) intend not only to relieve suffering but maximize their income, then operating on meniscal tears is not wholly futile, at least where such surgeons are paid according to the numbers of operations they perform. As for surgeons who are not paid in this manner, who receive only a salary, they are either easily persuaded of the clinical correctness of their orthopedic confrères, or they need to demonstrate to those who pay them that they are indeed very busy and engaged upon important work.

On the supposition that this paper is definitive in respect of clinical results, the question I want to ask is whether all this futile surgical activity is beneficial or harmful to the economy as a whole, at least as measured by GDP, and indeed whether it can ever be known with a reasonable degree of certainty whether it is so or not.

Clearly there are economic winners and losers when millions of unnecessary operations are performed. On the one hand, orthopedic surgeons’ incomes are larger because of them, more laparoscopes and anesthetic agents are needed, and so on and so forth. On the other hand, patients or third parties have to pay for these operations, time is lost from work because of them etc.. Whether the work the patients would have performed if they had not had time to have their useless operations would have been of greater economic worth than that of the operations themselves, whether the money kept in patients’ or third party payers’ pockets by not having the operations would have had a greater multiplier effect on the economy as a whole than it has in the pockets of surgeons, whether the surgeons (and auxiliary staff) not employed on unnecessary operations would find other unnecessary operations to perform in their place to make up for the 2000 man years of labor lost in the USA by not doing the unnecessary operations, all these questions (and no doubt many others) seem unlikely to me to yield a definitive or indubitable answer to the question I have asked. My guess is that if you asked two economists, you would get at least five answers. 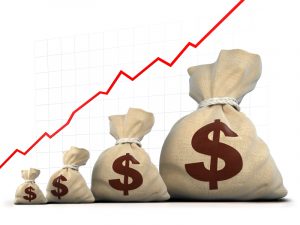 Let us suppose, though, just for the sake of argument, that it could be as conclusively proved that unnecessary operations increased the GDP as that they were unnecessary: that, indeed, the more of them were done the better for the GDP. Would this in any way show that they should be done?

I suppose that some strict Benthamite might argue that a higher GDP would conduce to more units of pleasure overall than would refraining from the performance of unnecessary operations, and that therefore that they should be performed. This, of course, supposes what is by no means certain, to put it mildly, that the pleasure of increased GDP is commensurable by some unit of measurement with the pain avoided by not performing the operations.

But I think that common-sense would suggest that useless operations should not, for purely ethical reasons, be performed, irrespective of the effect on the GDP of performing or not performing them. Indeed, so strong is this common-sense argument (or perhaps I should say apprehension) that if there were a theory that came to any other conclusion we should say, unless we happened to be a bio-ethicist, so much the worse for the theory and its conclusion.

Now if it is true that unnecessary operations should not be performed irrespective of their effect upon GDP, then an increase in the GDP cannot be the sole criterion by which we judge the worth (other than monetary) of the aggregate of human activity. An increased GDP, however distributed, is perfectly compatible with a deteriorated, even much deteriorated, way of life: and, presumably, a lowering of GDP is compatible with an improved, even a much improved, way of life. Yet we are all made miserable, without further inquiry, when we read that the GDP has contracted, and conversely we are pleased when it has expanded. There is much breast-beating about whether today’s children will be monetarily worse off than the previous generation as if an affirmative answer meant that they must as a consequence be miserable.

I have no suggestion to make, no measure by which to replace GDP. However, it seems to me that the assessment of whether things have got better or worse, whether one way of life is better than another, should be more like an assessment of the situation by a chess-player than an accountant’s balance sheet. Even then the analogy with the chess-board breaks down, because in chess there is an eventual winner and a loser (where the game is not actually drawn). Uncertainty about means and ends is permanent. It is our glory and our burden.

The Fed and the Future of America’s Debt

The prospects for a repeat of the post-World War II experience of falling debt/GDP ratios are poor.

The Death Penalty’s Demise and the Withering of Authority

I support the abolition of the death penalty, but its demise seems highly correlated with a weakening of crime and punishment in the UK.

Richard Spady and the Problem of Cheap Sex

In "Economics as an Ideology," Spady explores the ways thinking about romance economically can remind us that not all choice is good.