John Maddox (1925 – 2009) was for many years the editor of Nature, one of the two most important general science journals in the world. In 1972 he published a broadside against the radical pessimism then very prevalent with the title The Doomsday Syndrome: An Assault on Pessimism. In this book, which makes interesting reading today, Maddox attacked the propensity of scientists such as Paul Ehrlich and Barry Commoner to project current trends indefinitely into the future and to conclude therefrom that catastrophe must sooner or later (usually sooner) result.

Ehrlich – who is still predicting catastrophe with as much confidence as if all that he had predicted for the recent past had actually come to pass – famously, or infamously, asserted in his neo-Malthusian book, The Population Bomb, published in 1968, that the battle to feed mankind was over and that hundreds of millions of people would inevitably starve to death in the 1970s, irrespective of what anyone did to try to avoid it.

His prediction was not borne out; forty years later the greatest nutritional problem in the world is probably obesity caused by over-eating. But like those persons on the fringe of religion who predict that the world will beyond peradventure end on a certain date but whose faith is quite unshaken by the failure of that wicked world to conform to their righteous prophecies, so Professor Ehrlich continues to assert that really he was right all along: merely that he mistook the date of the great reckoning.

The problem with an open-ended prediction, or rather prophecy, is that it can never be proved wrong, however long it fails to be borne out. To the argument that the prophet’s direst prognostications have not come to pass, he can always return the answer, ‘No, not yet.’

I doubt there is anyone who never makes such prophecies and who does not derive a certain satisfaction from doing so, for there is undoubtedly a pleasure to be had from the contemplation of future catastrophe provided that that remains is the parallel psychological universes of possibility or geographical distance. Catastrophe is not, of course, such fun to live. 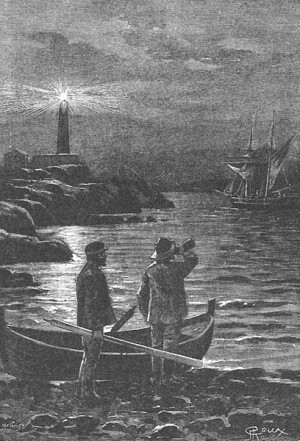 Maddox pointed out the fundamental flaws of such prophecies of catastrophe: the unjustified projection of trends indefinitely into the future and the failure to take into account the possibility of countervailing developments. And he was not just concerned to refute the notion of overpopulation; he attacked those who saw in the possibility of genetic engineering only the shadow of Brave New World and in the new information technology only that of Nineteen Eighty-Four. He thought that scientific and technological advance would enrich our lives by (for example) delivering us from many diseases and enabling us to have more leisure time to pursue our interests pleasurably.

Now in a sense Maddox made some of the same errors as his self-chosen opponents. If it cannot be known that technological advance will be used to bad ends, neither can it be known that it will be used for good; and to say, as he does, that ‘medical men’ (as he calls them, not foreseeing a time when most ‘medical men’ would actually be women) will use genetic engineering for human benefit because in the past they have always used technical advance for human benefit is a projection of a kind that he elsewhere decries and even ridicules. Much in the future remains radically unknowable; and Maddox, though he was very well-informed, had no precognition of developments such as the internet or the polymerase chain reaction that has so revolutionized genetic engineering. He even thought that cloning of mammals was likely to remain forever in the realms of science fiction.

His assault on pessimism, however, seems to me to be a little simplistic because it is based on the assumption that pessimism rests largely or solely on wrongful projections or on the belief that technical advance will always be put to bad ends. But it is possible to remain pessimistic even in the absence of these errors. I believe in the possibility of indefinite technical advance, and I do not believe that such advance will invariably be put to bad ends (though some if it may). I think, for example, it is likely that medicine will continue to advance, that many diseases now incurable will become curable, and that, provided we refrain from doping ourselves up with corn syrup, our healthy lifespan will continue to lengthen. But I certainly do not believe that our life will get ‘ever happier, ever merrier,’ to quote one of the greatest optimists of all time, Josef Vissarionovich Stalin.

Pessimists are of two types, the catastrophists, that is to say the types who look up in the starry heavens and see (metaphorically) only asteroids in the sky racing towards us to wipe us out as the dinosaurs were wiped out; and existential pessimists, that is to say those who see dissatisfaction as the permanent condition of mankind because of his inherent makeup, his contradictory desires and emotions, dissatisfaction that is perfectly compatible however with a great deal of enjoyment of life. I am a pessimist of the latter kind.

The former kind of pessimist, those who foresee inevitable universal collapse, destruction, death by epidemic, and so forth, have no sense of humor, or at least of irony. For them, the furrowed brow and the shoulder weighed down by care are signs of intellectual and moral seriousness, the sine qua non genuine concern for humanity and (God preserve us) the planet. Like catastrophe itself, they are not much fun.

The existential pessimist is light-hearted, for he knows that human life is not perfectible, and can therefore enjoy what it has to offer without any sense of guilt that he is not spending his every waking hour averting disaster or bringing perfection about. He does not deny that many diseases currently incurable will one day change their status and that this is a good thing, for taken in the round more life is better than less; but neither does he expect that, when formerly incurable diseases have become curable, human complaint and dissatisfaction will become things of the past. Golden ages in the future are just as mythical as golden ages in the past (except, perhaps, in isolated fields, as exemplified in Dutch painting).

As for radical optimists, they are as insufferable as the catastrophist pessimists. America has produced perhaps more of them than anywhere else: which is why, perhaps, its best literature is so overwhelmingly tragic in tone.

“The Prevention of Literature” analyzes the mind of the ideologue in thrall to orthodoxies that brook no questioning. That makes it an essay for our times.

Having Sown the Wind, China Will Reap the Whirlwind

China’s rulers have failed to admit that, with their family policy, they are tinkering with matters beyond their ken, let alone their control.

Innovation in the Twenty-First Century