“America must move off a permanent war footing,” said Barack Obama in his fifth mockery of the State Of The Union address. He coupled these words with a commitment to “keep strengthening our defenses” at home – meaning enhancing the very “homeland security” measures that are the essence of that war footing. Then, confronting popular outrage against the most serious of those permanent war measures, namely the NSA’s collection of ordinary Americans’ electronic communications, Obama cunningly pledged only to enhance confidence in them, having made clear elsewhere that he would not alter their substance. In short, moving “off a permanent war footing” was a throw-away line. Image, not substance.

But what if the President of the United States had been serious? What would it take to return the American people to peace with foreigners – and above all amongst ourselves at home? A president serious about such things would begin by specifying the errors by which he and his predecessors had brought about permanent war. Then he would say how he would go about ending it.

We are on a permanent war footing with foreigners because, since the late 20th century, our government has forfeited their respect by suffering attacks, including outright acts of war, by governments and regimes, as well as by persons acting on behalf of causes sponsored by such regimes. Our response, to pretend uncertainty about the troubles’ sources, thus failing to hold foreign potentates accountable while trying to sift and nation-build foreign societies, has multiplied those troubles. There is no logical end to outrages, chasing responsible individuals around the globe, thereby inciting more enemies who commit more outrages and set off more chases. Our government has been waging a caricature of war because it has acted without a clear vision of what it takes to achieve peace. 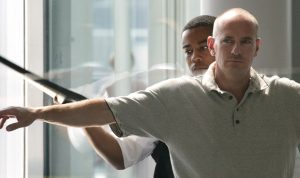 We are on a permanent war footing at home because, pretending to believe that any ordinary Americans may be responsible for terrorism, our government has instituted and multiplied “homeland security” measures that expose ordinary people to arbitrary treatment. Americans ask: What else might be done to us in the name of security? The government’s collection and storage of ordinary citizens’ electronic communications, the Internal Revenue Service and the Justice Department’s partisan acts against individuals and organizations while prominent officials accuse their political opponents of “terrorism,” have started a spiral of domestic strife that we dare not let take hold.

Because a permanent war footing is unsustainable internationally and above all domestically we will, henceforth, act diametrically differently than in the past.

U.S. military operations in such wars will aim at the maximum death and destruction of persons and parties that the U.S. alone will decide may be responsible for the war. Such operations will be short, and will minimize the exposure of U.S. personnel to harm regardless of the effects on the enemy country.

U.S. military operations will inflict such destruction on any and all remotely responsible for failing in their responsibilities to peace, as to encourage second thoughts on the part of anyone who might be inclined to succeed them.

At home, the U.S. government will end any and all security measures aimed at the general population, while focusing them on persons and groups that – publicly and responsibly – it deems worthy of special attention. Profiling, in short. The government will encourage citizens to take the sort of responsibility for security that carried America safely through wars –hot and cold – against Nazis and Communists – empires far more powerful and well connected in America than our current foes.

President Barack Obama could not possibly have spoken this way. Alas, neither could his predecessor. Nor could nearly all of the people who took part in the profoundly dispiriting spectacle that used to be the State Of The Union address.

That is why the American people are longing for statesmen worthy of the name.

Another Man Serving 20 Years Released – and a Possible Reform

Dianne Feinstein: Whose Ox is Being Gored?