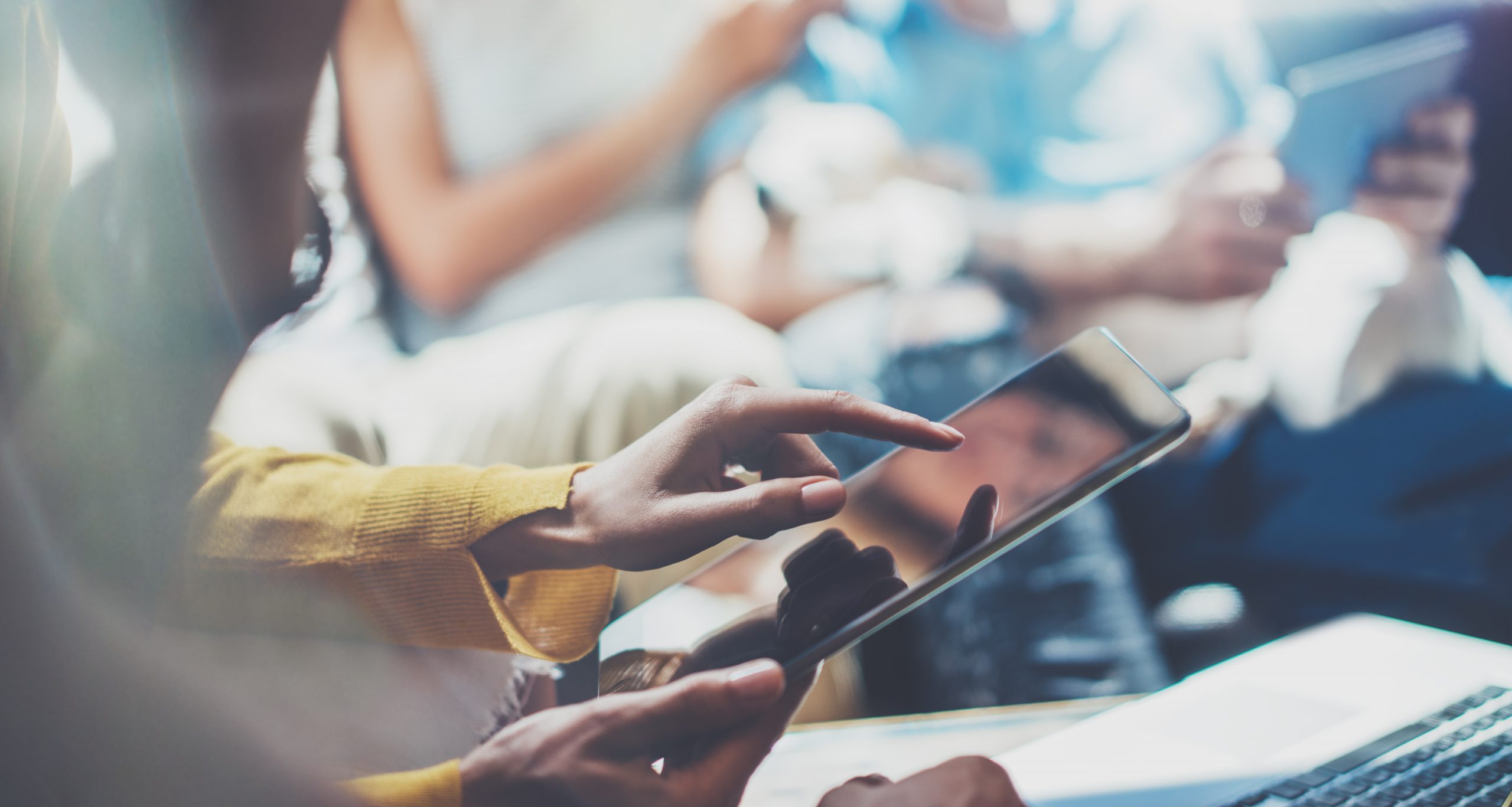 It probably should not have been a surprise when, affirming that the attorneys general of Washington and Minnesota had legal standing to challenge the Trump administration’s executive order on immigration, the Ninth Circuit panel pointed to the international dimensions of the University of Washington’s and the University of Minnesota’s activities to argue for a “concrete and particularized injury” from the order. Especially not to me—for back in the day, and indeed for eight wonderful years, I was an international student, lending my own zestful and idiosyncratic brand of cosmopolitan diversity to students and colleagues at the University of Toronto. (If I hadn’t been there to explain Ronald Reagan to them, they never would have understood.)

The truth is that all of our great universities, in the United States and abroad—understanding “our” in a sense that will be clear soon enough—are international. All draw students, faculty, and staff from every corner of the world. Citizens of the republic of letters resemble their counterparts in the city of God, which, St. Augustine famously said,

calls citizens out of all nations, and gathers together a society of pilgrims of all languages, not scrupling about diversities in the manners, laws, and institutions whereby earthly peace is secured and maintained.

Devoted, presumably above all else, to the pursuit of the truth wherever it leads them, scholars cross borders to find colleagues wherever they reside and knowledge in whatever laboratory or library it reposes. Viewed from the perspective of the mere citizen—of someone who, say, believes America to be great or wants to make it great again—we scholars are a suspiciously polyglot and cosmopolitan bunch, devoted to what is good and true, not necessarily to what is one’s own. We don’t worship the gods of hearth and home. Our only defense against the charge that we introduce novel foreign gods at the expense and to the detriment of local deities, is that we observe all and, strictly speaking, worship none.

To be sure, when our universities speak on their own behalf, they (perhaps appropriately) don’t use the high-minded philosophic tropes that I would use. In an amicus brief filed in support of the state of New York’s lawsuit challenging the immigration order, 18 truly world-class universities argue that, without their international students, faculty, and staff, they couldn’t provide anyone on or off campus the great education and the great benefits they promise:

Amici’s ability to foster rich educational environments depends in large part on their ability to attract students, faculty, and scholars from around the globe. The international members of amici’s communities contribute to the vibrant campus life, world-class educational offerings, and research and discoveries for which the amici are well known. The contributions of these individuals redound to the benefit not only of the other members of the amici’s campus communities, but also to the United States, and the world, more generally.

If they could neither bring the world in nor send students and faculty out with ease, the best and greatest American universities couldn’t make good on their claim to be world-class. Whether a temporary suspension of visas to a small number of countries really threatens that is a question for another day. Mine is a more foundational question, that of the relationship between the “American” university and America.

World-class universities located in this country claim—in many respects quite persuasively—that their cosmopolitanism benefits all, or at least many, Americans. Foreign students spend their money here. They interact with and enrich the experiences of their American counterparts. They work in labs where the frontiers of science are moved forward. And they sometimes stay and found businesses that make American lives better.

Granting all of that, I would like to return to an old, non-American book to raise some questions about the relationship between, on the one hand, the cosmopolitan university that might regard its location as in some respects accidental or contingent, and, on the other, the country in which happens to be located. As you may have guessed, my instinct is to return to Plato, who, in his Apology of Socrates to the Jury, has his great teacher attempt to explain himself to a jury of his fellow Athenian citizens. In the course of defending himself, Socrates insists that “no greater good has arisen for you in the city than my service to the god.” The service to which he refers is the way he conducts his inquiries: by questioning. And he casts his questioning as a seemingly moralistic exhortation to virtue—as “caring how your soul will be the best possible.”

Understood superficially, Socrates would seem to be providing a moral or civic service to Athens. His activity should be rewarded by the city, not punished, he insists. Regarded in another way, however, Socrates’ activity is at best accidentally or incidentally beneficial to Athens.

He tells the jurors that his characteristic questioning was motivated by an attempt to understand or refute an enigmatic Delphic oracle, which is to say, that his activity is in some way all about himself, not about service to the city. Then, too, in putting his questions to his interlocutors he does not discriminate between Athenians and foreigners. He’s willing to cross-examine anyone who is, or makes a claim to be, wise—anyone from whom he might be able to learn something.  If any benefit follows from this, it doesn’t accrue exclusively or even necessarily to Athenians.

Stated another way, whatever civic benefit Socrates provides by virtue of his characteristic activity isn’t actually the motive for that activity. He confesses that showing up the ignorance of those who think themselves wise is “not unpleasant” and expressly affirms in his own name that “the unexamined life is not worth living for a human being.”

From some angles, then, Socrates doesn’t really seem like a good citizen. He focuses on questions that are important to himself, and only incidentally beneficial, if at all, to Athens. He seeks knowledge wherever he can find it, not just from homegrown sources. There are, nevertheless, four considerations that suggest that he has made his peace with his hometown, that he is in some way at home in Athens.

First, as he tells his listeners, he fought in Athens’s wars. Second, on the one occasion when he held office, he voted to act in accordance with the city’s laws, against the popular impulses of the moment. Third, as we see in the dialogues that follow the Apology—the Crito and the Phaedo—Socrates resists efforts to help him evade his jury’s condemnation and accepts (for his own reasons, to be sure) his death sentence.

Fourth and finally, at the end of the Apology, he urges his listeners to treat his sons the way he treated his fellow citizens, by which he means admonishing them to care for virtue above all else and not to pretend to be something they are not. In other words, he asks that his sons be subjected to the arguably civically beneficial aspects of his behavior, by people whose devotion to the city is likely neither conditional nor ironic.

Thus we can see that, despite his personal cosmopolitanism, Socrates acknowledges that most people most of the time should adhere to the relatively strict rule of law of their community and devote themselves to the cultivation of ordinary civic virtues. For every cosmopolitan Socrates, there should be thousands of ordinary Athenians.  And the cosmopolitan Socrates should be able to explain himself in a way that doesn’t threaten or disturb the civic piety of most of his fellows. This is good for his fellow citizens, who may not be capable of following him down the paths he can tread, and also good for Socrates, who is surely aware that, if he did not live in a powerful and “world-class” city, he could not, as it were, be himself.

This strikes me as a good model for our world-class universities. Indeed, I think they already follow it in many respects, showing us the many ways in which their cosmopolitan and globe-trotting activities benefit folks at home.

But there is one difference worth noting. Where Socrates at least rhetorically recognizes the primacy of Athens, I’m not altogether convinced that our world-class universities accord similar primacy to America. The amicus brief emphasized so heavily the manifold and real inconveniences of the temporary travel ban that it was as if taking care to assure the safety of all Americans might be at odds with the universities’ global mission. Perhaps this emphasis is just an artifact of the adversarial process, but it runs the risk of sending the message that the intellectual—and, not to put too fine a point on it, business—concerns of these institutions of higher education are more important than the national, patriotic, and security concerns of the American people. I don’t think this is the message they meant to communicate, but it may be the one that at least some of us absorbed.

This is not, I would note, a defense of the substance of the President’s travel ban. I don’t know enough about the circumstances on the ground to make a judgment on it. Nor do I mean to defend the chief executive’s authority to issue it, though I do believe that the constitutional and legal ground on which he stands is pretty firm. I only mean to argue that the intellectual and scientific enterprise in which we men and women of the university are engaged has to pay careful attention to the polis that is its host. We have to be aware that when our interests diverge from those of our host, it behooves us to tread carefully, not only for our own good, but for the good of the country.

The Federalist Option for Higher Education

Make Higher Education great again by learning from the Anti-Federalists about structure and design of institutions.

Congress Should Deregulate Private Universities, Not Regulate Them More

Conservatives should focus on creating the legal space for innovation in higher education, not regulate it more.