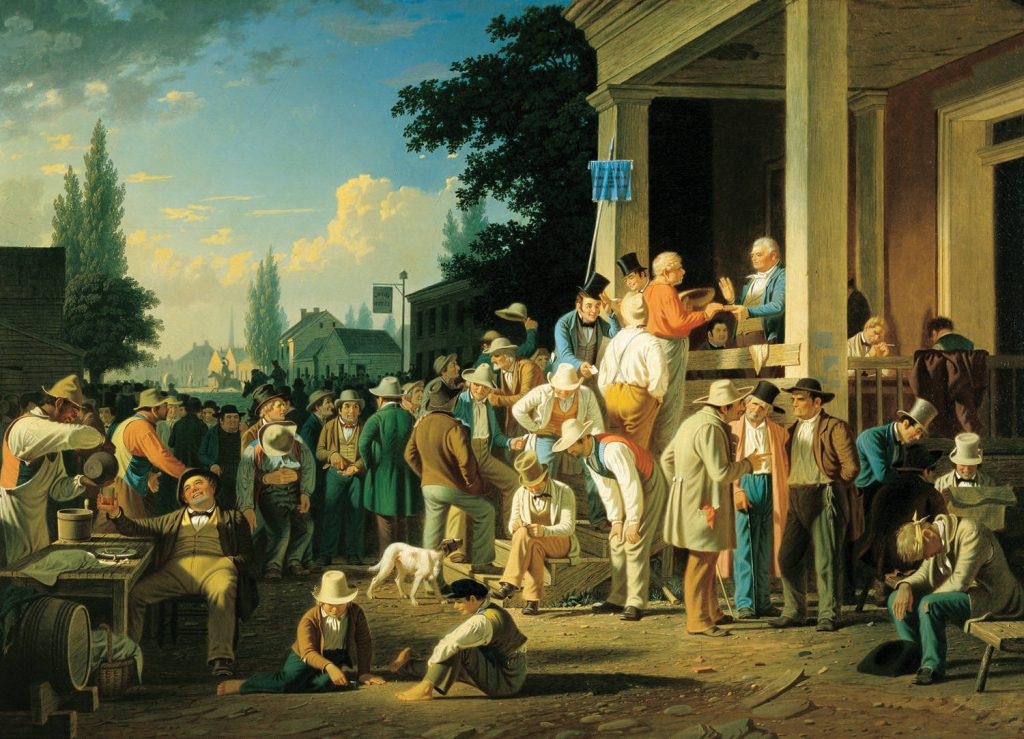 As superintendent of a national conversation on the Supreme Court’s hegemony over constitutional questions, former Governor Mike Huckabee (R-AR) is less than ideal. He implicitly but indefensibly denies the Supremacy Clause, more on which presently. Even by way of dispute, he may share his opponents’ ill-conceived views of constitutional conflict.

The conversation is worth having, nonetheless.

Huckabee’s recent denial of judicial supremacy appeared to scandalize Fox’s Chris Wallace. The reason is the lawyerizing of constitutional affairs. Americans search for precision and finality in a constitutional system that is instead built for ongoing conversation and conflict. The question is not which branch is “expert” enough to have the final say at any particular moment, but rather the balance between the branches over time.

Constitutional conflict should upset neither Wallace nor the rest of us. It might be more problematic were it limited to discrete moments that led to institutional crisis or paralysis, but Publius’ model holds it to be an organic and ongoing process. The Constitution does not render authoritative, final meanings captured as snapshots in time. These meanings instead resemble time-lapse photographs articulated by interaction between the executive, legislature, and judiciary.

This is not to say that a timeless meaning is absent from the Constitution. The question is how that timeless meaning is authoritatively rendered in politics. This is obscured by Huckabee’s making his case via what constitutional lawyers call a bad vehicle: the Supreme Court’s likely ruling requiring the recognition of same-sex marriages. States, he says, could defy it. But a Calhounian state defying the national government by obviously violating the Supremacy Clause is entirely different from a branch of the national government asserting its authority in conflict with a coordinate branch of the national government.

The better hypothetical is the one about which Wallace interrogated Huckabee: Richard Nixon’s tapes, which the Supreme Court, by an 8 to 0 vote, ordered him to surrender to the Watergate prosecutor. Would it be “up in the air,” Wallace asked, whether a President Huckabee in such a situation “is going to obey the Supreme Court?”

That gets to the heart of the matter: a sitting President asserting executive privilege vis a vis a Supreme Court asserting judicial authority. Huckabee, who quickly “want[ed] to get back to the main point here,” was unwilling to provide the answer that would not have shocked the Founders, which is: Yes, up in the air. Nixon would have been within his constitutional authority to tell Chief Justice Burger he was welcome to come and get the tapes if he thought he could get past the guys posted at the front gate of the White House with Tommy guns.

The conversation, of course, does not end there—if we thought it did, we would be trying to replace judicial supremacy with presidential supremacy. Had Nixon defied the Court, he would then have been subject to impeachment. Had Congress acted recklessly with impeachment, it would then have faced the voters. All knew this and acted accordingly, which is another way of saying that, in the final analysis, deliberate public opinion—public opinion deferred and therefore seasoned by the separation of powers—held sway.

To be sure, the Nixon example reflects all three branches dealing with ultimate issues and therefore ultimate authorities: defiance of court orders, impeachment, and the like. But the branches can conflict and converse in any number of other less fundamental ways. Congress corrected Employment Division v. Smith (1990) with the Religious Freedom Restoration Act of 1993, for example, which eventuated in Burwell v. Hobby Lobby (2014).

The problem today—what does make acts of presidential unilateralism unilateral, and acts of judicial supremacy supreme—is that this system only works in the context of an ongoing conversation-cum-conflict in which all three branches engage. When one capitulates, as Congress has, the others are allowed to stand supreme, as the Court now does where constitutional interpretation is concerned.

Yet as Michael Stokes Paulsen and Luke Paulsen have recently reminded us, the ethic of total deference to Supreme Court opinions is a relatively recent constitutional innovation. The fuller, more original American tradition, they argue, is Lincoln’s, which held that at least until precedents were “fully settled,” the Supreme Court was owed deference only with respect to the immediate parties to a case. Meanwhile, the political system was permitted—and in fact duty-bound—to continue asserting its understanding of the Constitution.

This was Jefferson’s understanding, and Madison’s too. Jefferson wrote that “certainly there is not a word in the Constitution” elevating the judiciary over the other branches with respect to constitutional interpretation. Madison, significantly, objected not to the decision in McCulloch v. Maryland (1819) but to its method. He wished the Court had stuck to deciding the immediate case rather than promulgating abstract doctrine about constitutional meaning, and intriguingly, he also preferred that justices deliver their opinions seriatim—one by one—rather than decreeing a single, authoritative opinion. That approach would have allowed precedent to accumulate more gradually rather than in sweeping pronouncements of abstraction.

Seeing this as a matter of intra-branch conversation and conflict does not render what people have come to expect: absolute finalities when it comes to constitutional meaning. But that expectation is an artifact of a contemporarily legal, rather than a classically political, understanding of the Constitution.

To see this, we must overcome the static conception of conflicts assessed at a single moment in time. So must Huckabee. The question is not who prevails concerning one  issue at one moment. By hitching his argument to a single case, decided at a discrete moment—and an intensely controversial one at that—Huckabee becomes susceptible to a static interpretation in which he simply substitutes the supremacy of another branch (or worse, as he articulates it, the states) for the judiciary.

We do not have a static model, though. The Constitution has a fixed meaning, but its mechanisms of authority are more fluid. Its authority is captured in that motion, not in the discrete, dramatic peaks (or valleys) in our public affairs. The enduring stability of Publius’ system transcends these dramas precisely because all three branches participate in achieving it across time rather than at single moments in time.

On August 15, 1971, President Nixon put the economic and financial world into a new era.

The Dance of Judges and Publics

The judge is always caught in an intricate dance of power between opinion and the Constitution.

Obamacare, the NSA’s Metadata Collection Program, and the Separation of Powers