Of the riotous 1960s, it has been said, if you can remember them, you weren’t there. The same cannot be said of the several ensuing, more sober decades, especially if you were at all well disposed to the free market and limited government. For it was during the twentieth century’s final quarter that these ideals staged a dramatic comeback, after a long period of eclipse in America during which there had been ever-increasing governmental regulation of the economy and dispensation of welfare.

That resurgence of free-market ideas was capped off towards the century’s end by the spectacular triumph of American capitalism over Soviet communism. Increasing numbers swiftly began to learn to stand on their own feet economically-speaking and to accept that, in the words of one of capitalism’s most exuberant champions, there is no such thing as a free lunch. Rounding off the apparent victory of free-market ideals over collectivism was the major retrenchment of public welfare in America achieved through the 1996 Welfare Reform Act.

Bliss was it in that dawn to be alive, but to be a libertarian was very heaven. Of course, it wasn’t quite so blissful if you had previously invested all your hopes, dreams, and intellectual capital in communism.  Then its demise put you in a real quandary of knowing how to keep the flame of revolution alive, now starved of the oxygen earlier supplied by dreams of workers’ democracy.

An answer lay ready to hand. It involved accepting an invitation that had been issued by that great pied piper of 1960s student radicalism, Herbert Marcuse, and echoed in the writings of fellow Marxist Antonio Gramsci and French historian Michael Foucault. This invitation was to enter into what Marcuse had termed ‘the absolute refusal’ of that which he began his most influential book, One Dimensional Man, by calling the ‘comfortable, smooth, reasonable, democratic unfreedom [that] prevails in advanced industrial civilisation’. To question and challenge accepted understandings of race, gender, criminality and insanity, along with associated standards of normalcy, became for many the way to continue the struggle against the status quo, after the collapse of communism had caused the dreams of it to burst asunder into a myriad single-issue causes. 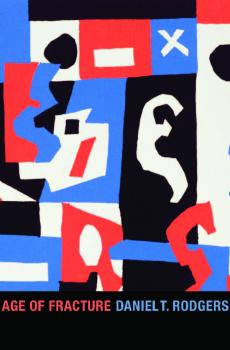 That pair of trends – the rebirth among the so-called ‘New Right’ of free-market ideas and the embrace of identity politics by the heirs and successors of those who earlier had been dubbed the ‘New Left’ – forms the subject of Daniel Rodgers’ intellectual and cultural history of America during the last quarter of the twentieth century. In both cases, the trends involved a turning away from what Rodgers calls bloc categories and causes that had previously prevailed in America, whether they were those of Keynesian macroeconomic demand management or revolutionary socialism. In either case, the trend was towards smaller-scale, more individualistic categories, be they those of the utility maximising economic agent pursuing private ends in the market-place or those of race, gender, sexual orientation or ethnicity. That common turn towards disaggregation at either end of the political spectrum leads Rodgers to term the period an ‘age of fracture’:

Across the multiple fronts… conceptions… that… had been thick with context, social circumstance, institutions and history gave way to conceptions… that stressed choice, agency, performance and destiny… Viewed by its acts of mind, the last quarter of the century was an era of disaggregation, a great age of fracture…One heard less about society, history, and power and more about individuals… and choice. The importance of economic institutions gave way to notions of flexible and instantly acting markets… Identities became fluid and elective. Ideas of power thinned out and receded.

Rodgers makes little attempt to explain these trends, early on rejecting three alternate proffered explanations. One of these explanations attributes the trends to a change of mood in the national psyche towards one of greed and narcissism. A second portrays the trends as the product of a concerted campaign by the forces of corporate capitalism to sway public opinion into support of it by the ‘reshape not only [of] the terms of political debate but the mechanics of intellectual production itself… With corporate and entrepreneurial support, a global network of conservative think-tanks proliferated to advance market-sympathetic ideas and speed their way aggressively into medial and political debate.’   A third explanation sees the trends as resulting from deeper underlying structural changes within the global economy. Rodgers writes:

In this reading of the age the precipitant of its cultural and intellectual transformations was the collapse of the high-wage, high-benefits, “Fordist” economy that had dominated post-World War II American society… [As] corporations hollowed themselves out by outsourcing all but a few activities…older understandings of social life in terms of institutions [and] solidarities… could not help losing some of their force.

Rodgers rejects all three explanations. He dismisses the idea of a national psyche as ‘the illusion of writers and journalists hard-pressed by a dead-line’, adding: ‘To imagine a national mood across a society as diverse as the United States is to fall into the language of partisans of the time rather than to explain it.’  While accepting that ‘the work of the conservative idea brokers changed the landscape of publication and intellectual argument’, Rodgers rightly notes that ‘the largest liberal foundations – Ford, Carnegie and… MacArthur – had far deeper pockets than conservative ones.’ In any case, as he again rightly observes: ‘the era’s key intellectual shifts cannot be pinned to any single part of the political spectrum… The fracture of the social… was… as much a product of left-leaning intellectuals as it was of the new intellectual right.’  Likewise, while conceding an element of truth to the third explanation of the ideational changes that he is principally concerned in tracking, Rodgers claims that:

[T]he notion that economic structures moved first, carrying ideas in their wake, does not adequately explain the age… The victory of the new models of market action that reconstituted economic theory for the age was already an accomplished fact… well before anyone clearly discerned the new shape of the global economy.

It does not appear to have occurred to Rodgers that so disparate are the two sets of change that he subsumes together under the notion of fracture – namely, embrace of the market and micro-economics by the right and identity politics and cultural criticism by the left – as not to admit of common explanation. Once one abandons the attempt to find for both sets of changes a single explanation, the most plausible likely explanations of each become blindingly obvious. The take-up of market ideas was due to the manifest failure of Keynesian economics to account for or solve the mid-1970s problem of stagflation: that is, rising inflation plus rising unemployment. The take-up among so many on the left of identity politics and cultural critique was due to their final acceptance of the unfeasibility of socialism, combined with their unwillingness to abandon hatred of capitalism and consequent need for some new cause on behalf of which to continue to campaign against it.

If Rodgers is unable to accept this straightforward, fairly obvious explanation of the different elements of the trends with which he is concerned, it is for one reason. It is predicated upon the validity of free-market economics and the superiority of strictly limited government over more extensive government. Both these notions are anathema to Rodgers who never misses an opportunity in his book to explain why some influential application of microeconomics he has just finished outlining is misguided, as well as which private endowment was behind the financing of whoever pioneered it.

Although himself no gung-ho, politically correct cultural warrior, it is noticeable that none of the many thinkers on the left whose views Rodgers discusses receives from him a bad word. Indeed, on the whole, he appears favorably disposed towards the changes that their views have accomplished in American society and culture. In the book’s epilogue he remarks that:

Since the middle years of the twentieth century, much ha[s] broken up and much had been liberated… Identities were more openly imagined now, more fluid and multiple, less tightly packaged by gender and social-role theory… a broader range of being human was tolerated… There were more choices… more worlds of ideas and selves and aspirations from which to choose.

In marked contrast, Rodgers is almost invariably nothing short of scathing in his assessments of the contributions made by the thinkers on the right whose views he discusses. This is so whether they are Ronald Coase on social costs, Richard Posner on liability law, Alfred Kahn on public utility regulation, Anthony Downs and James Buchanan on public choice, Arthur Laffer on fiscal policy, Robert Nozick on justice and property rights, Charles Murray and Lawrence Mead on the perverse effects of public welfare, or Robert Bork and Edwin Meese on jurisprudential originalism. Basically, Rodgers considers the combined effect of all these thinkers upon American thought and culture to have been nothing less than disastrous. Of their deleterious impact on American ideas, he concludes his book by commenting on the reaction of Americans to the attack on their country on 9/11:

[I]n the course of those shifts of ideas and imagination [that the new right had effected], the webs of dependence and connection that joined disaggregated selves had become far harder to articulate. There were fewer intellectual resources now for understanding the ways in which the past pressed its legacies on the present… [such as the] still troubled landscape of race relations in America… [B]eyond talk of markets and exchange, the words for society were thinner than before… Older solidaristic terms… like class had virtually fallen out of use. Equality had come and gone as a social idea… The hunger for connections and responsibilities… that the terror attacks had momentarily released, groped for correspondingly powerful words… The age of fracture had permanently altered the play of argument and ideas. The pieces [of old and new social paradigms] would have to be reassembled on different frames, the tensions between self and society resolved anew. But how they would be done… still hung in the balance.

The resurgence of free-market thinking in the last quarter of the twentieth century, for Rodgers, had irreversibly weakened social bonds uniting Americans and the intellectual and moral resources available to them for addressing and resolving the problems with which they were faced. In his view, resolution of these problems demands more robust social understandings of Americans’ mutual interdependence and obligations than those that three decades of market ideology have left them with.

Left unmentioned by Rodgers among the causes of America’s declining social cohesion is the impact of the 1965 Immigration Act, combined with the celebration of diversity as a public policy. Indeed, Rodgers claims, quite falsely, that, as a nation, America was ‘multicultural from the beginning’.

It is alarming to think that the task of informing a significant portion of America’s coming elite about their country’s past should have been given over to this Princeton history professor, or that for having written Age of Fracture he should last year have received the coveted Bancroft prize, awarded annually to the author of the best new work of American history. Given such continued mis-teaching of which Rodgers stands guilty, there is all the more reason that those concerned to ensure that America remains a free, prosperous and united nation, and who have the financial wherewithal to do so, should support the free-market think-tanks and other endowments that Rodgers falsely alleges have inflicted such intellectual and moral damage on the American people.

Is the European Project Falsifiable?